In Jezebel, Rebecca Fishbein wrote “Help I Think I’m In Love With Andrew Cuomo?”, a joke/personal essay that should probably have remained an r/relationships fakepost. Fishbein begins by describing her (relatably) “lonely and scared and anxious” state as the coronavirus rages everywhere. Then, she realizes she’s grown to rely on Andrew Cuomo’s daily press briefings for comfort and reassurance. The tone of the piece is funny and confessional, in typical Jezebel style. Fishbein acknowledges many of Cuomo’s bad past policies, admits she probably has Stockholm Syndrome, and concludes:

"As I sit alone in my apartment on the couch one of my roommates left behind, wondering when I can escape, if I’m already sick, if anyone will ever hug me again, if my 74-year-old father will survive this, only one thing is certain. Andrew Cuomo, Dear Leader, will take care of me. He loves me. He is the only one who is here for me. He will help me get through this."
Click to expand...

This is cute, and the terror that informs her feelings is perfectly understandable given the circumstances, but it also fucking sucks. Imagine saying in 1943 that when the war is over, you plan to “rightfully yell” at FDR for his Japanese internment camps. I’m not making the comparison lightly: Our prisons are a horror and a crime against humanity. Many prisoners are locked up for crimes they didn’t commit, and/or for minor offenses they were plea-bargained into rather than face longer sentences. These prisoners are disproportionately Black, because Black people are disproportionately targeted by law enforcement. To make New York State’s hand sanitizer, prisoners earn a thrilling 64 cents an hour, a penny less than the purported New York prison average of 65 cents an hour. Prisoners are not permitted to possess the hand sanitizer themselves because of its alcohol content. This measure has been condemned as slave labor, which it is, since the 13th Amendment bans slavery with the notable exception of convicted felons.
Click to expand...

“But,” you might say, “that’s not the Cuomo I love. I love the Cuomo who went on TV and yelled at Trump, the Cuomo who wrote an op-ed in the New York Times demanding more hospital beds and medical supplies from the federal government. That was great. That’s what leadership looks like.” Well, if you’re curious why New York will soon run out of hospital beds, it’s not solely because of the huge number of COVID-19 victims. It’s also because Cuomo has been closing down hospital space for years via his Berger Commission, which has sought efficiency in the name of “budget cuts and insurance overhauls.” This Cuomo-appointed panel just decided to cut Medicaid even further, including specific cuts to city hospitals. They didn’t arrive at this decision pre-crisis, but literally last Thursday. It would have been evil at any time, but now, as a highly contagious virus cripples the city, it’s unconscionable.
Click to expand...

Cuomo is “probably the single most important person in terms of the drive to close down hospital beds in this state over the last 20 years,” said Sean Petty of the New York State Nurses Association in a terrific interview with Democracy Now. Petty continued, “Specifically because of policies that Governor Cuomo has pursued, we are now 20,000 beds behind where we need to be in terms of trying to scale up our capacity.’” A flattering U.S. News article titled “How Coronavirus made Andrew Cuomo America’s Governor” (an obvious reference to the way Rudy Giuliani was called “America’s Mayor” after 9/11) points out that in the midst of the coronavirus crisis, the governor has “us[ed] New York’s resources to buy personal protective equipment and expand hospital bed space.” But does that actually mean anything, given that Cuomo trimmed the budget—much like the quarantine buzzcuts everybody’s been doing—way too close in the first place?
Click to expand...

The fact is that Cuomo’s past and currently suggested Medicaid cuts have put New York hospitals in a horrible position. “Governor Cuomo is currently trying to reduce Medicaid spending in the state by almost $2.5 billion dollars during this pandemic,” Petty said. “And this will absolutely result in a decrease in healthcare capacity and keep the state from getting matching federal dollars for Medicaid spending.” That $2.5 billion figure is over several years; Cuomo aims to cut Medicaid by $400 million alone in 2020, in the middle of the worst pandemic the world has faced in 100 years.
Click to expand...

The bar is indeed extremely low. As Ben Smith of the New York Times proudly points out, “Mr. Cuomo holds news conferences filled with facts and (accurate) numbers almost every day. He explains systems and challenges and decision-making with a command that Mr. Trump lacks. He even models social distancing by having speakers stay six feet apart from one another.”

Facts! Accurate numbers! Correct behavior! It’s a liberal wet dream. Cuomo, for the moment, has managed to look the part. He’s handling the crisis better than Trump (again, extremely low bar), so his record doesn’t matter, either his past actions or his shitty present ones. Cuomo is popular because he is on TV, because he looks like the kind of guy who ought to be on TV
Click to expand... 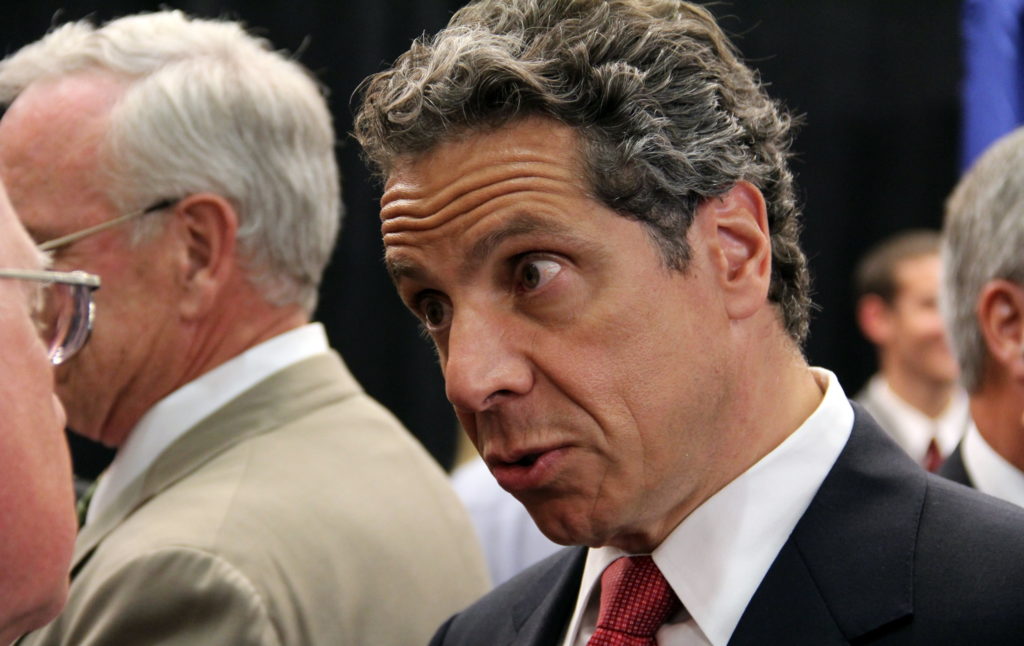 Who is Andrew Cuomo?? I don't get it lol
You must log in or register to reply here.

Andrew Lloyd Webber free musicals to encourage people to stay at home
Apr 10, 2020 by Maddox
T
Is 20th Century Fox trying to buy back the rights to Predator?
May 30, 2021 by thesaunderschild