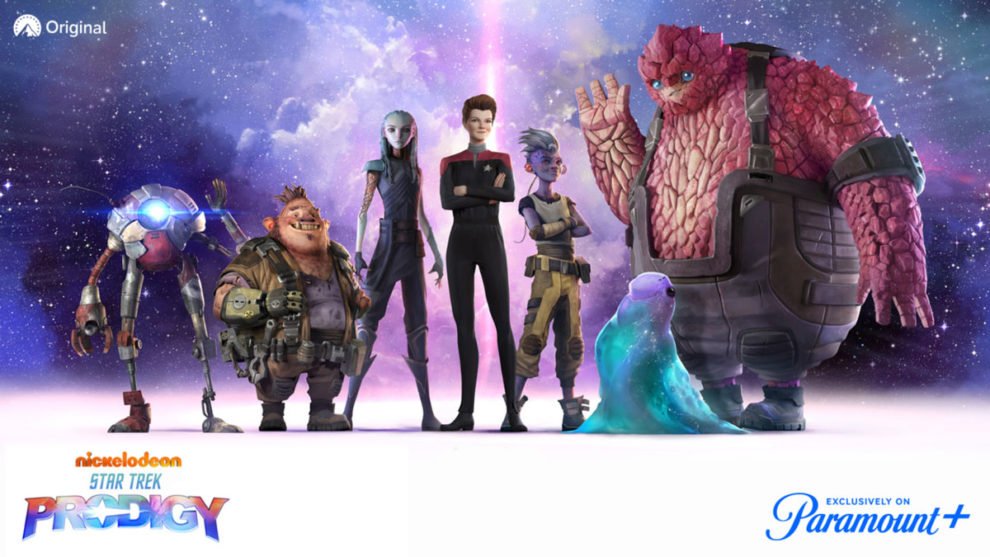 Star Trek Prodigy voice cast and characters were confirmed ahead of the show’s debut on Paramount+ later this year.

Below, we've detailed the cast as they appear, from left to right, in the above image.

Angus Imrie as Zero, a “noncorporeal, genderless, energy-based lifeform” who wears a containment suit in order to exist alongside the rest of the crew.

Jason Mantzoukas as Jankom Pog, a 16-year-old Tellarite (one of the founding member species of the Federation).

Ella Purnell as Gwyn, a 17-year-old Vau N’Akat “raised on her father’s bleak mining planet and grew up dreaming to explore the stars.”

Voyager‘s Kate Mulgrew as the Emergency Training Hologram with the likeness of Captain Kathyrn Janeway.

Brett Gray as Dal, a “maverick” 17-year-old from an unknown species.

We’ll keep you updated on Star Trek Prodigy when we know more.