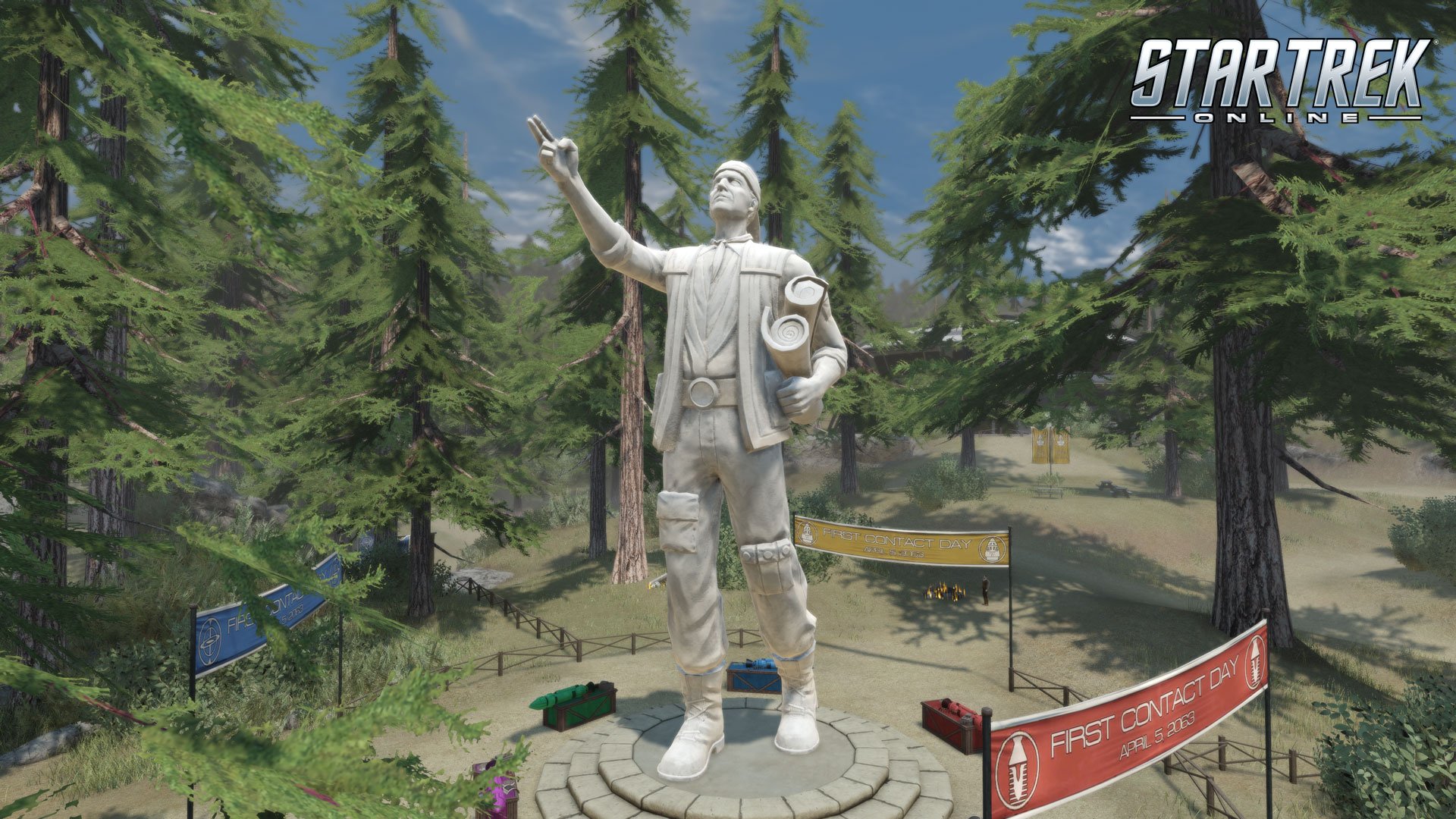 First Contact Day is an anniversary event about the specific event in which humanity met its first alien race, the Vulcans, for the first time on April 5. The event also featured in Star Trek: First Contact movie means it might be a joint celebration.

Captains will travel back to mid-21st century Earth to face The Borg, who seek to alter the timeline to prevent first contact between humans and Vulcans. To accomplish this, players will enlist the help of Seven-of-Nine, voiced by Jeri Ryan from Star Trek: Voyager and Picard. Besides protecting the timeline from The Borg in this new patrol, players can also team up with four friends to build a replica of the Phoenix.

After scavenging the area for engines, hulls and stabilizer parts, they will construct their own model and compete with other teams to see who can reach the highest altitude. Rewards for participating in these events include a First Contact Day bundle and for those who reach 14 days of progress, a powerful Temporal Vortex Probe which can travel through local space to debilitate enemy vessels in the area.
Click to expand...

Gaming Online in Rural Areas: The Best Ways To Get Connected
Sep 15, 2022 by Alex Wright