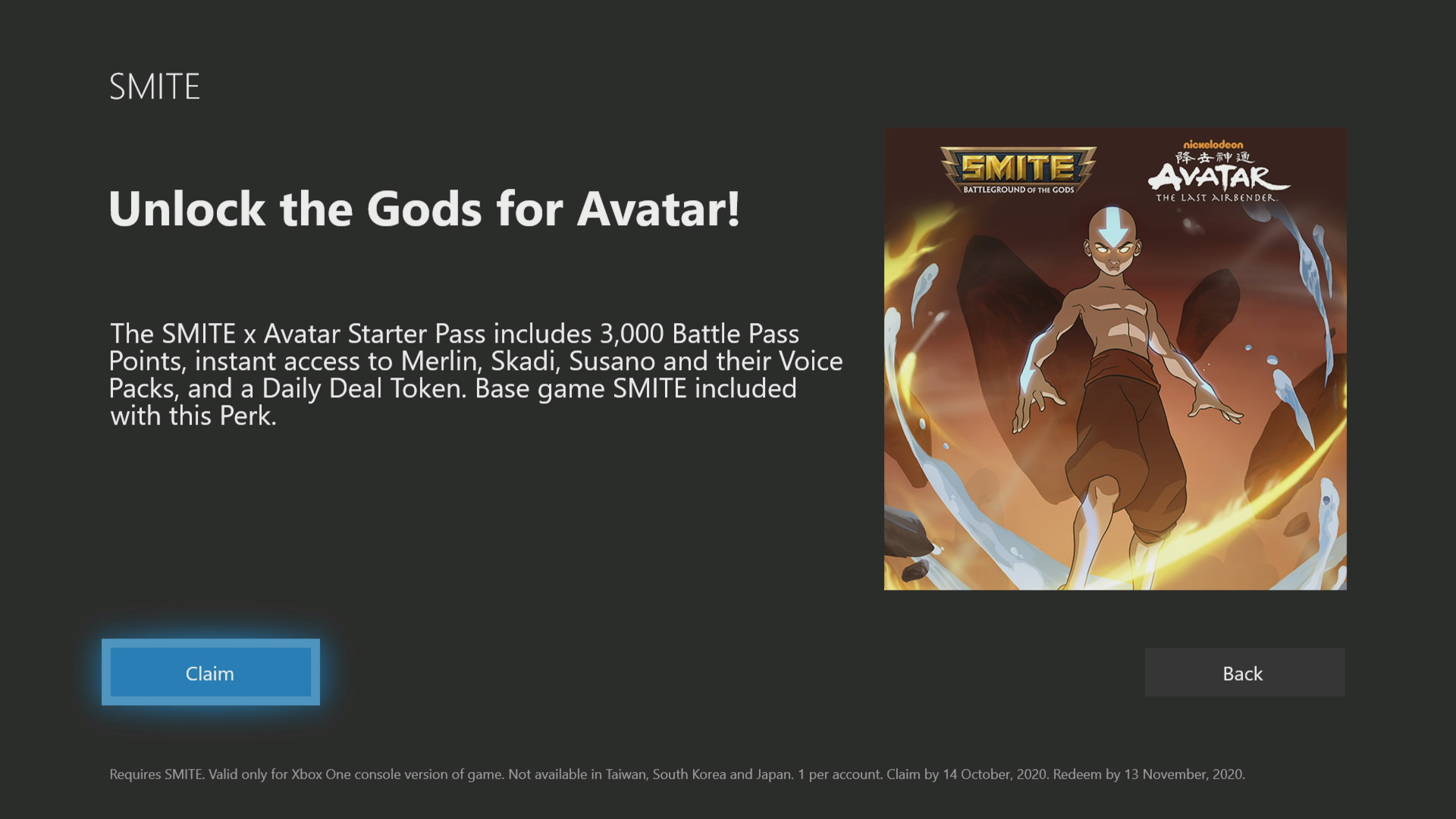 Xbox Game Pass Ultimate Perk means subscribers can gain instant access to skins for Aang (via Merlin), Korra (via Skadi) and Zuke (via Susano). Players also gain access to voice packs for those characters along with 3,000 Battle Pass points.

The perk is available now and needs to be claimed before October 14 and redeemed before November 13. You can redeem the offer on Xbox One, Xbox Game Pass mobile app, or Xbox app for Windows PC.

Xbox Game Pass Ultimate Perks were introduced in March 2020 which offers little enhancements for free-to-play titles including SMITE and World of Tanks.
Click to expand...

I have played clash mode for the SMITE and each cultural god in the game is pretty awesome to play. I'd say for those who are into similar type of the games and want to try out the skins, it's fun. It's pity that they are not on android or iOS. Because that is where the real money is these days.
You must log in or register to reply here.