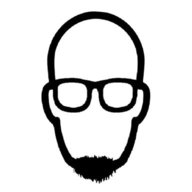 Okay, first off I'll start by saying that the game is fun, but also very irritating. This in no way means that I'm going to give up on it. But things have been getting to me about it. I'll list those in a moment. Just so that everyone knows my difficulty bar is a little less than half way up, so when I list these keep in mind and wonder about the higher up difficulties.

1. The enemies seem to know where you are, always exactly where you are. There's no sneaking behind them in combat what so ever. Like if Jessica is firing at the gatling gun man relentlessly, I go behind him to stir things up, he instantly turns around to face me after I pop out from behind the pillar or something. -- Or in the case when I was fifty yards away and underwater, they still knew exactly where to shoot.

2. Seven enemies with Gatling guns along with their allied floating sentry turrents, against two people, one with a pistol, the other with an assault rifle, doesn't that seem like a bit much? I'm up for a challenge and all, but its just frigging overkill there. Especially since there's no cooking a grenade (holding it back a second or two) or rare health drops and your scattergun being close to useless outside of point blank range. Even then its questionable as I've pumped five shells into a guy and he didn't drop.

4. Is it me, or does it feel like these guys have pin-point accuracy with any gun their carrying, most of the time? Cause the moment I'm able to get shot, I am. Doesn't matter if I'm popping out from behind a corner or swimming 50 yards away from them, they can still shoot me with deadly accuracy.

3. Weapon power is also an issue here. I've unloaded clips of assault rifle ammo into some guys and they don't fall. Running up to an enemy and firing four shotgunshells in the head at point blank range? Instant death... to the player. I don't even attempt melee as in the earlier part of the game I bashed a guy three times before he was down. The scatter gun spread is also extremely high rendering it useless at mid-range combat for the most part.

5. NPCs are not all pre-loaded. This makes things a bit difficult to determine numbers of enemies and also makes it quite frustrating too. Like say you know[I/] there's an enemy around the corner, you chuck a grenade against the wall, it lands right where the enemy would be, goes off, then nothing... Walk around the corner and the guy spawns to gun you down. For me that feels more of an unfair advantage against you than you already have when running away from seven guys with mini-guns.

These are all able to be gotten around, but overall things I honestly don't like running into because the situation is near impossible to deal with since there are so few health drops.

What horror games genuinely scared you?
2