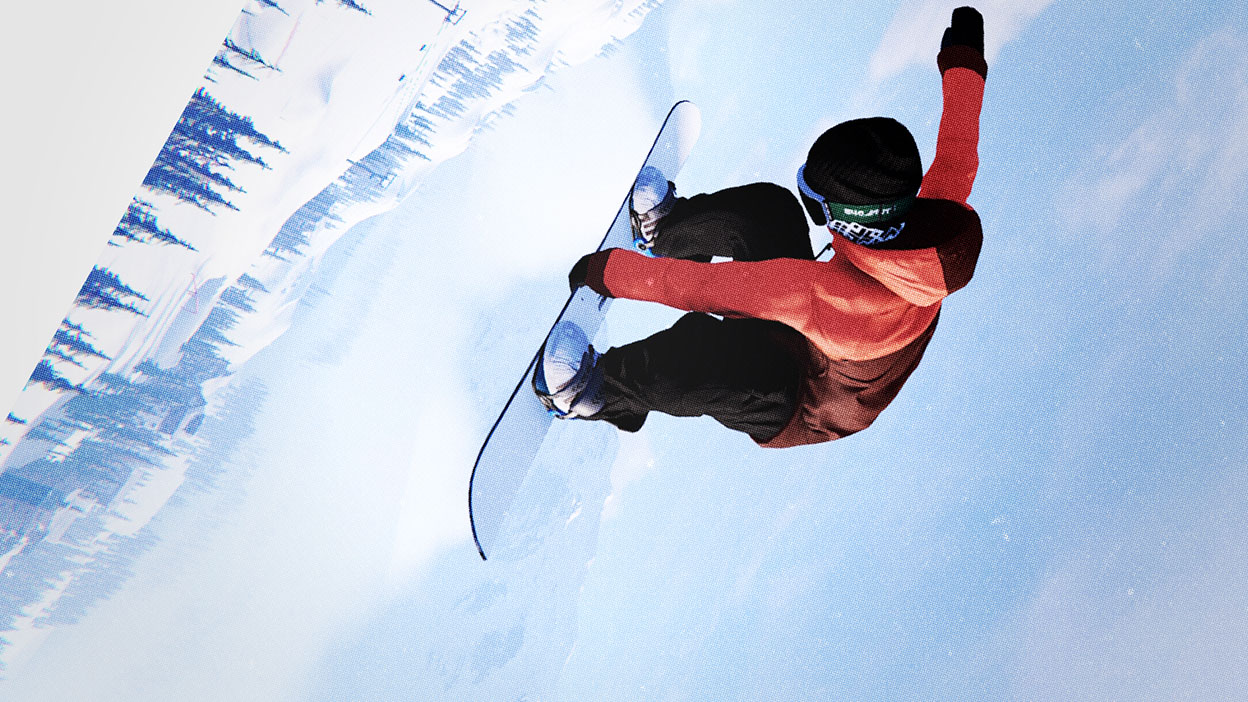 We've been waiting for Xbox console exclusive Shredders to arrive for a long time, especially since Microsoft Gaming CEO Phil Spencer mentioned it as a game he was looking forward to last year, and it finally arrives on Xbox Game Pass on March 17th. While Shredders is clearly a fun take on the genre, it's also a lower-budget indie game — but one with great goals. It's inspired by the iconic Amped games on the original Xbox, but you'll need to put your expectations in check compared to those titles.

The important thing to note here is that Shredders focuses mostly on its easy gameplay mechanics and well-realized open environment. Cruising down the slopes is smooth and endlessly entertaining, and pulling off stunts takes a little practise at first, but once you've mastered the controls, you'll be soaring through the air like an expert. It seems like a blend of arcade and simulation-style action, and the overall fluidity helps you to get into a wonderful rhythm as you transition from trick to trick, resulting in some truly enjoyable sequences and highlight reel moments.

And, as previously stated, the open world is fantastic. It's chock-full of ramps and huge air possibilities, as well as a solid variety of rails to grind, and you can switch between areas by stopping at a chairlift and hitting 'A' to teleport to a new starting position (or just teleporting via the game's interface). It also looks fairly decent for an indie game, with the replay system occasionally providing some truly spectacular pictures. We could quibble about the game's lack of variation in some locations and some of the pop-ins, but given that developer FoamPunch is a tiny company, they've done a remarkable job overall in building the Shredders universe.

So, what exactly can you accomplish in Shredders? The main activity at your disposal is to complete the 40+ core objectives as well as a number of side-missions, which range from executing specific tricks to pursuing elite riders and trying to beat them in a race down the mountain. These are supplemented by a variety of motion-captured cutscenes, but we found it tough to get enthused about them, and after a time, all we wanted to do was push the "skip" button. The characters aren't very likeable, the voice acting is merely adequate, and the plot is sloppy and uninteresting. Of course, it's all simply a means to get you from one goal to the next, and the missions themselves are well-designed and enjoyable to play.

The basic missions will only take a few hours at most (unless you wish to go back and replay them), thus some players may find this to be a problem. Other features include the aforementioned replay editor, which is fantastic if you enjoy a decent picture mode, the possibility to unlock cosmetics from real-world businesses, and an always-online multiplayer environment with the option to join private sessions. We haven't gotten a chance to play the Shredders online world yet, but the concept is that you'll be able to watch other online gamers cruising down the mountain at the same time as you. On paper, it appears to be a fantastic idea that will make the planet feel more alive.

Shredders is an excellent Xbox Game Pass game in our opinion. Most players will enjoy the game for a few hours, finish the tasks, and get some achievements, and then move on. Fans will return for the slick and enjoyable gameplay, as well as the chance to obtain perfect scores on all of the objectives. If you're expecting a big-budget competition to SSX and Amped, you might be disappointed, but Shredders is a great time and a worthwhile addition to Game Pass's sports library.

Shredders is available on Xbox Series X, Xbox Series S and Windows PC via Steam and the Microsoft Store. It's priced at $30 USD and is also part of Xbox and PC Game Pass.
Click to expand...