Sen. Amy Klobuchar (D-Minn.) announced on Monday that her husband has tested positive for the novel coronavirus as the number of confirmed cases of COVID-19 continues to climb in the U.S.

The former presidential candidate said in a statement posted on Medium that her family received test results early Monday morning and that her husband, John Bessler, is being treated at a hospital. She said that she hasn't been in the same place as her husband for the last two weeks and that she's outside the 14-day period for getting sick.

Klobuchar's doctor advised her not to get tested, the senator said. Pointing to test shortages around the country, Klobuchar said that she doesn't qualify to get one "under any standard."

"I love my husband so very much and not being able to be there at the hospital by his side is one of the hardest things about this disease," she said, adding that he has pneumonia and is on oxygen but has not needed a ventilator.

"I hope he will be home soon. I know so many Americans are going through this and so much worse right now," she added. "So I hope and pray for you, just as I hope you will do for my husband. Meanwhile I am working in the Senate to get help to the American people."

The coronavirus, which originated in China in December, has since spread worldwide and infected more than 35,200 individuals in the U.S., according to a Johns Hopkins University database.

Multiple members of Congress are among the Americans to contract the disease. Sen. Rand Paul (R-Ky.) announced on Sunday that he had tested positive for COVID-19, becoming the first known member of the upper chamber to be diagnosed with it.

Sens. Mitt Romney (R-Utah) and Mike Lee (R-Utah) said shortly after Paul's announcement that they would self-quarantine, joining some of their other colleagues who have isolated themselves for separate reasons.

Others in the Senate voiced concerns over Paul's decision to go to the Capitol despite awaiting test results. Paul’s office has stressed that he left the Capitol once he found out that he had tested positive.

Reps. Mario Diaz-Balart (R-Fla.) and Ben McAdams (D-Utah) said last week that they had contracted the virus, prompting several lawmakers to announce that they would self-quarantine as a precautionary step.

Klobuchar and the Senate have remained in Washington as they negotiate a mammoth stimulus package to address the coronavirus outbreak's impact on the U.S. economy.

Klobuchar said in a tweet Monday that she's "fighting for a major emergency bill that ACTUALLY puts people first: a real medical surge & help for our economy & workers in despair."

I’m in Washington right now fighting for a major emergency bill that ACTUALLY puts people first: a real medical surge& help for our economy & workers in despair. Our nation’s Governors have rightly called out this administration for its response. We can’t afford more of the same
— Amy Klobuchar (@amyklobuchar) March 23, 2020
Click to expand... 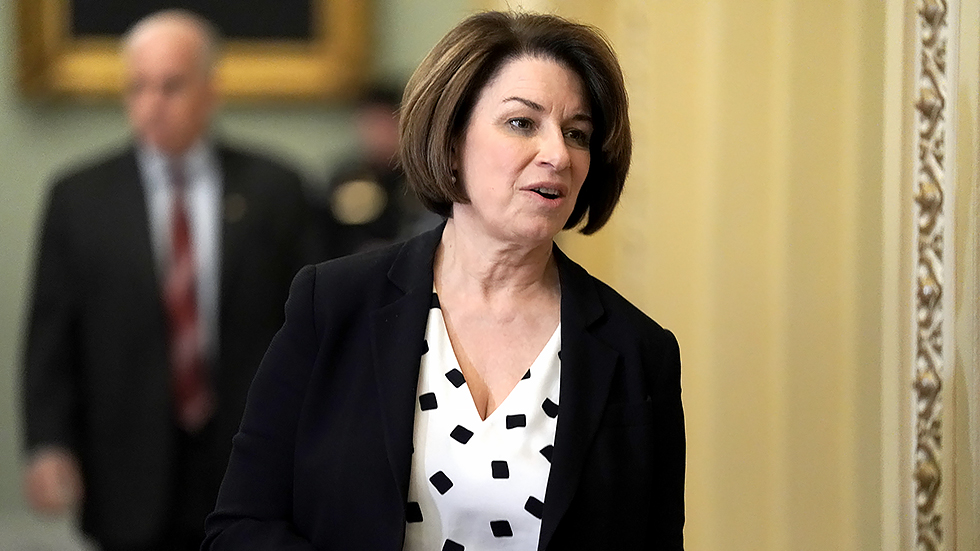 Sen. Amy Klobuchar (D-Minn.) announced on Monday that her husband has tested positive for the novel coronavirus as the number of confirmed cases of COVID-19 continues to climb in the U.S.The f…