Demiurge is an independent studio once again.

Speaking with GamesIndustry.biz to reveal the news, Demiurge co-founder and chairman Albert Reed said he and longtime business partner Geoffrey Hyatt have bought the Marvel Puzzle Quest developer back from Sega, which acquired it in 2015.

"When Sega was looking to make a strategic change and were interested in doing something different, they gave us a call," Reed says. "One thing led to another and now here we are."

As a result of the acquisition, Demiurge general manager Bart Simon has become the CEO of the newly independent studio.

Although Reed originally left Demiurge in 2017, he says it's very much the same as when he left it, which isn't that different from before its acquisition by Sega. Sega gave the company plenty of independence he says, even allowing it to continue its work with D3Publisher to run and maintain Marvel Puzzle Quest.

"It is very much the same company it was when it was acquired," Reed says. "About the same size. The vast majority of the staff is actually the same... A lot of it is actually pretty similar. When we were discussing things with Sega, it was an easy conversation because myself and my business partner already kind of knew everything."

And just as it still runs Marvel Puzzle Quest, Demiurge will continue to operate the match-three mobile game Sega Heroes after regaining its independence.

However, not everything is staying the same. While Demiurge became a free-to-play mobile specialist over the last decade, it has been around for 18 years now and Reed says he also wants to get back to the studio's roots. That doesn't just mean independence; it means a return to life as a support studio partnering with AAA developers.

Before being picked up by Sega, Demiurge worked with Gearbox on Borderlands and Brothers-in-Arms. It worked with EA on Mass Effect and Medal of Honor: Airborne, Irrational Games on BioShock, and THQ on Titan Quest and Frontlines: Fuel of War. Sometimes it made multiplayer maps or art assets. Other times it worked on optimization and performance issues.

Reed wants to do that again, and he thinks it's a great time to be a studio in the business of helping other studios finish games.

"We see those businesses rise at the start of new console generations because there's a bunch of new hard problems and everyone is sort of pressed and pouring more money into research and development," he says. "We see it when business models evolve, which I think is happening right now in console and PC with games-as-a-service."
Click to expand... 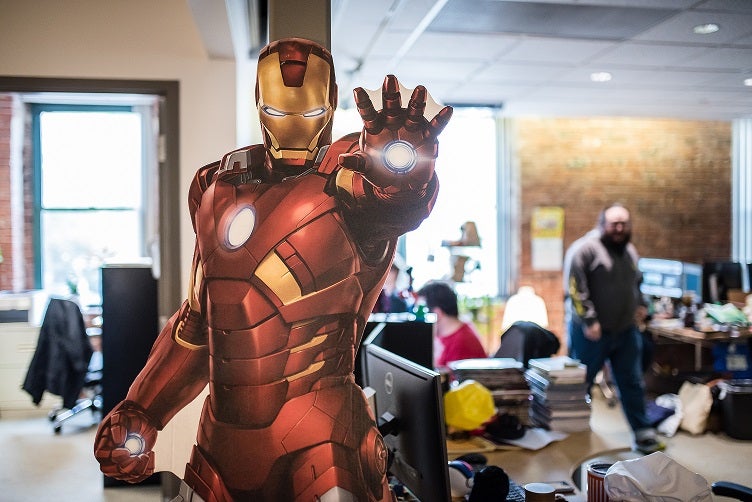 Demiurge co-founder buys the studio back from Sega

Demiurge is an independent studio once again.Speaking with GamesIndustry.biz to reveal the news, Demiurge co-founder an…

www.gamesindustry.biz
You must log in or register to reply here.

Media Molecule will ‘for sure’ make a new game after Dreams, says co-founder
Mar 28, 2020 by Nat

Sega to expand Atlus titles worldwide
May 13, 2021 by Rum