The robot is known as Skybot F-850 or FEDOR. The weight of it is 350 pounds. FEDOR robots were developed by the Russian Foundation for Advanced Research Projects. The Russian name is also an acronym for Final Experimental Demonstration Object Research. The robot can create movements like the commander and operator of the flight. Originally it was used for rescue operations, but later its use was expanded to space operations. In April 2017, a video of FEDOR shooting guns caused some media alarm. But of course, they are not really creating a Terminator.

On August 22, 2019, the robot was launched to the International Space Station. It is scheduled to spend a week and a half aboard the orbital outpost. The robot was strapped into the commander’s seat during the flight. The robot, Skybot F-850, carries sensors to measure launch vibrations, accelerations and other environmental factors. It is scheduled to return to Earth on Sept. 6.

A Soyuz 2.1a rocket was used to power the flight. The primary goal of the flight is to verify the suitability of the upgraded Soyuz-2.1a booster to make launches. The rocket was successful. It also already successfully launched other unpiloted cargo ships, although there was a malfunction in 2015. The next Soyuz crew is scheduled for launch on Sept. 25. The launching marked the first unpiloted flight of a Soyuz spacecraft in 33 years. 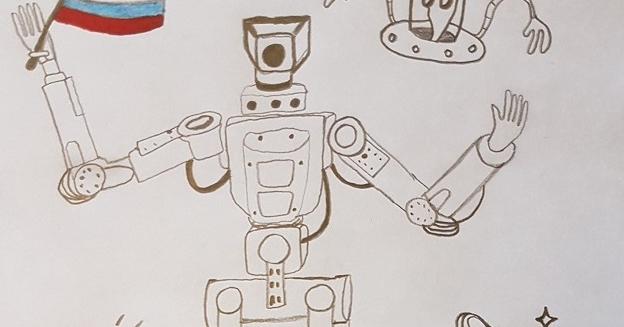 The robot is known as Skybot F-850 or FEDOR. The weight of it is 350 pounds. FEDOR robots were developed by the R...

So a robot in space simulator game? I'm sure someone is making it, if not maybe I should be?
G

Robot in space simulator would be good. The exciting thing here is that this is not a simulation. This is a real robot on a real space mission. It had tests of firing guns (will not be terminator) back on earth. Russian robot also cannot act unethically.
You must log in or register to reply here.