Roguelite vs Roguelike: The Differences Explained 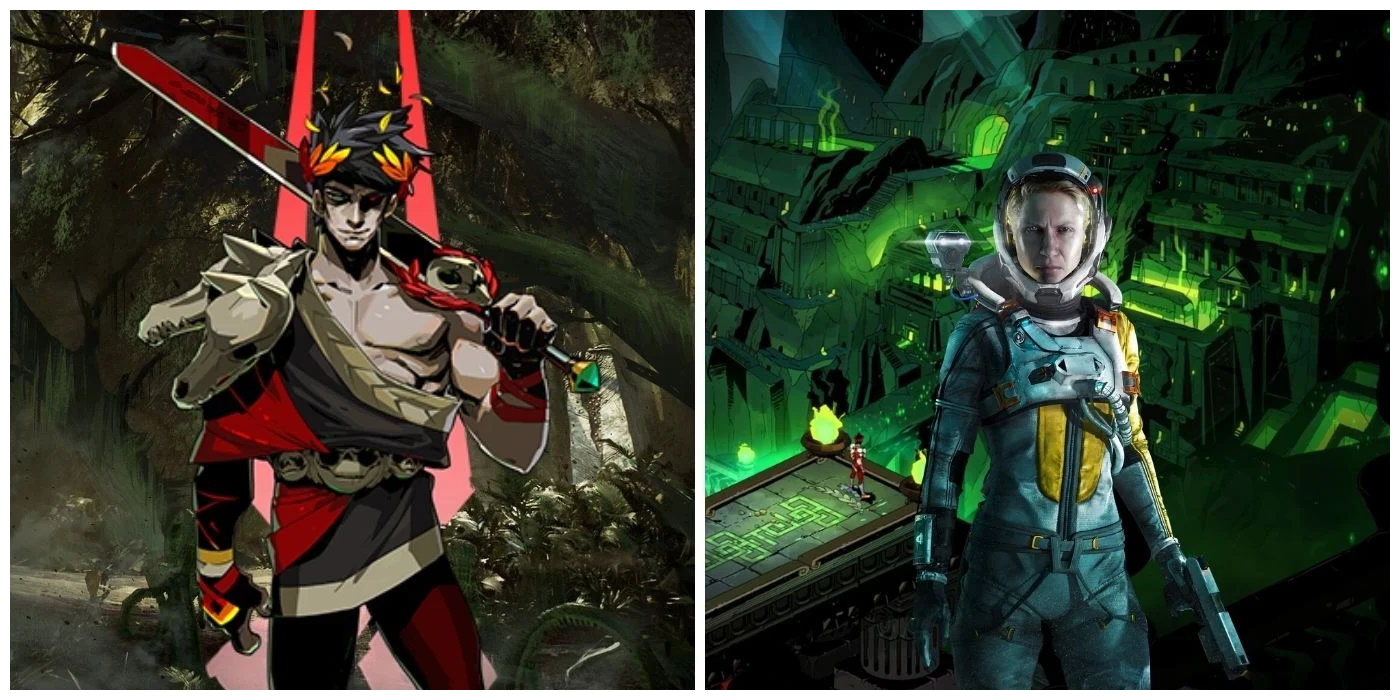 Games like The Binding of Isaac, Hades, and Returnal, to name a few, have recently taken the gaming industry by storm. These games, and others like them, were quite popular, and many people were introduced to the roguelike and roguelite genres as a result of them. However, there is a significant and game-defining difference between the two, and it's not unusual for even the most ardent players to refer to roguelike games as roguelites, as the Returnal debate demonstrates, and vice versa.

But, first and foremost, there's a reason why each of these phrases involve the word "rogue." Rogue was a 1980 game that pioneered many of the components that are now regarded standard in roguelike games, and it did so owing to numerous criteria that have now become roguelike staples. As a result, roguelike games are precisely what they sound like: they're like Rogue. Permadeath is, without a doubt, one of the most known features of roguelike games. Roguelites, on the other hand, have certain qualities with roguelikes, but they also have some sort of permanence in terms of objects or cash obtained, or they lack key features.

Roguelike Games That Aren't Roguelikes At All​

However, there are a number of games that are mislabelled or operate in a grey region, meaning they don't exactly fall into the roguelike or roguelite categories. Spelunky is a great illustration of how these games may be classified as "cross-genre" or "pure" roguelikes. Because of its permadeath, arbitrarily generated levels, dungeon-crawling components of the cave, and the fact that it is incredibly challenging, with death occurring frequently, many players believe Spelunky to be a roguelike. Spelunky, on the other hand, is a game in which events and fighting take place in real time rather than in turns. It's also a side-scrolling game with limited RPG components and a visual narrative style rather than text-based narration.

Other games that aren't quite roguelike but come close include The Binding of Isaac and others. The game, which was long regarded a roguelike, even by its developer, was renamed a roguelite by fans due to the way it is played in real time. According to reports, this is particularly important when distinguishing The Binding of Isaac from other games since excellent reflexes may compensate for a lack of strategic preparation, whilst poor reflexes can sabotage a solid run and a brilliant strategy. Another feature of TBoI that isn't quite typical in the roguelike genre is that there are permanent unlocks and new items become accessible between runs. This is controversial yet again, considering TBoI is far more roguelike than other similar games.

Dead Cells is another game that meets the majority of the requirements for being categorised as a roguelike while still having permanent unlocks. It is inspired by the popular Metroidvania (a mix of Metroid and Castlevania) game genre, as well as The Binding of Isaac. The game features permadeath, as players roam about a dungeon looting weapons, gold, riches, and other items. Dead Cells includes its own in-game money called "cells," which may be used to permanently unlock things or improvements during the run, but players will lose all of their cells if they die. This is a type of in-between characteristic when compared to TBoI, and Dead Cells' definition is probably closer to that of a roguelite game.

Given how hazy things were, and how definitions can shift, bend, and evolve over time, the term "roguelike" is now both universal in a way, yet curiously particular and niche-defining in another. As a result, many people will be surprised to learn that two of the games described earlier, Hades and Returnal, aren't truly roguelikes.

Is Returnal And Hades A Roguelite Or Roguelike?​

Supergiant's Hades is frequently regarded to as a roguelike game, and a very successful one at that, and many aficionados of the genre still refer to it as such. The game's main character, Zagreus, the son of Hades, is attempting to escape Greek mythology's Underworld and reach Mount Olympus by finishing a run. Hades' roguelike status appears to be confirmed by the combination of dungeon crawler aspects, arbitrarily generated areas and encounters, and the consequence of losing all equipment, Olympian Boons, Obols (the game's money), and weapon upgrades. That is not the case, though.

Hades' fighting system is real-time hack and slash, rather than the strategic, grid-based, turn-based action seen in other roguelike games. The Obols may also be used to buy purchases that effect future runs, so increasing the players' chances of success. This includes upgrades, which negates the permadeath condition because Zagreus carries something with him when he dies. As a result, Hades becomes a roguelite.

Returnal is Housemarque's new sci-fi shooter, and it's a resounding triumph. For a variety of reasons, it is quite similar to Hades, from the apparent feature of borrowing influence from Greek mythology to the existence of several biomes, from procedurally generated levels to the money utilised (Obolites in Returnal), from real-time fighting to high difficulty and numerous deaths.

Returnal, in reality, allows players to carry Ether from run to run, and planning alone only contributes for a tiny proportion of success if not combined with quick reflexes to avoid the arcade-style attacks adversaries fire at them. Roguelike games need players to restart from the beginning after dying, however this is not the case with Returnal, despite the fact that it is classified as a roguelite game.

Roguelikes are turn and tile games like Rogue examples of this are Nethack, Jupiter Hell, NEOScavenger, IVAN, Dungeon Crawl Stone Soup you should be able to get the idea.

Roguelites are turn and tile games "like rogue, but lite on permadeath"

It's annoying to come across articles like this because simply put Hades and Returnal are unplayable to me. I dont mean that in an elitist way I mean quite literally "this game is something I cannot play."
I'm half blind, and not getting any better sight-wise, and I've got one usable hand(amputation pending on my dead one to make that arm usable).

I need turn and tile genres like roguelikes and roguelites to exist in order to keep gaming as a hobby. What you're doing when you refer to action games like this as "roguelike" and "roguelite" is effectively dumping more things that are unplayable or unpleasant to play to people like me into one of the few videogame genres we can in fact enjoy.

"gaming is for everyone" is a phrase that is mutually exclusive with the phrase "turns and tiles dont matter." Please grow to understand this.
You must log in or register to reply here.