ProPublica: Millions of Americans Might Not Get Stimulus Checks. Some Might Be Tricked Into Paying Intuit's TurboTax to Get Theirs

Millions of Americans Might Not Get Stimulus Checks. Some Might Be Tricked Into Paying TurboTax to Get Theirs.
Congress gave the IRS the job of sending out coronavirus rescue checks. But the underfunded agency is struggling, while for-profit companies like Intuit have started circling, hoping to convert Americans in need into paying customers.

Congress has approved billions of dollars of checks for Americans hard hit by the biggest round of layoffs in U.S. history. But millions of Americans will have to wait months for that money — and millions more may never get the money at all.

That’s because the rescue legislation left it to the IRS, an agency gutted by Congress, to organize the complex logistics of delivering the money to those entitled to it. As the IRS has struggled, for-profit tax preparation companies, notably Intuit, the maker of TurboTax, have stepped in with websites to help people get their checks.

But Intuit is not just acting as a conduit: It is also misleading unwary Americans by steering them to paid services that they could otherwise get for free.

The job Congress gave to the IRS in its $2 trillion CARES Act is seemingly straightforward: Identify the Americans who qualify and send them money. This turns out to be far more complicated than it sounds.

Tens of millions of Americans have not provided the IRS with their banking account information, if they have one. Some of these people have filed taxes, so they should eventually receive money but will have to wait weeks or even months for a check to come in the mail.

Another group of Americans did not file taxes because they make so little money. Getting stimulus checks to them, an estimated 6 million households, is challenging. They now must file a new form online notifying the IRS who they are, or the tax agency has to find them. If they don’t, these people will never get the checks of $1,200 and up.

The CARES Act, passed in late March, did not provide any mechanism to reach many of these low-income Americans. So far, the extent of the IRS’ public outreach has been the creation of what the agency calls “e-posters,” to be circulated online, describing the program and letters written by the commissioner to several nonprofits encouraging them to get involved.

Intuit has had a much more nimble approach. On April 4, the company rolled out a new “stimulus registration product” as part of its new Coronavirus Tax Center. But the site, marketed as “free,” sometimes steers customers into products that cost money, in the same way ProPublica has documented over the past year. What’s more, customers who use it are signing away their personal data to the Silicon Valley firm, which the company can use to pitch third-party financial products to their customers.

The coronavirus rescue checks are yet another manifestation of a problem that has existed for decades. As ProPublica has documented, the IRS has long deferred to private industry instead of creating its own tax preparation and filing apparatus. The result has been that millions of Americans have paid billions of dollars to corporations for tax preparation they should have been able to get free of charge. This year, anyone who made under $69,000 does not need to pay to file; they are eligible to file taxes for free through an IRS program called Free File.

Now, Americans who desperately need checks to help cushion the coronavirus crash are being targeted by companies all over again.

“This vulnerable group of Americans might end up having to pay for tax prep that they could get for free,” said Dennis Ventry, a tax law professor at University of California, Davis. “And this is a treasure trove of data for Intuit. The company can harvest the personal data of people who previously made up a universe of Americans that the tax prep companies didn’t interact with.”

Intuit trumpeted its program as a user-friendly way for people to get their money. “In partnership with the IRS,” the company’s press release announced, “TurboTax volunteered to create an innovative solution to help this group easily get their stimulus payment.”

But the people coming to the site do not merely enter basic information that would be sent to the IRS in order to get their check processed.

Instead, the site invites users to try TurboTax’s paid tax preparation products with multiple buttons to “Start for Free” — even though the products may charge fees of $100 and up.

One thing missing from Intuit’s coronavirus page is a link to the IRS’ Free File program. To use it, taxpayers have to find the IRS’ Free File page, which then sends users through to special pages operated by the tax prep companies. The Free File site is a collaboration between the IRS and these companies, which, led by Intuit, conceived of the program as a way to keep the government from building its own system.

Asked why Intuit is steering people toward its paid products on its coronavirus site, a company spokesman said that those looking for the Free File option should go to IRS.gov. The spokesman also pointed to a press release that says: “TurboTax volunteered to create an innovative solution to help this group easily get their stimulus payment — the TurboTax Stimulus Registration product was designed to help millions easily file a minimum tax return with the IRS.” The IRS did not respond to questions.

Things got even more confusing on Friday, when, a week after the TurboTax site launched, the IRS announced a separate IRS.gov tool for people who don’t need to file their taxes to register to receive their checks.

Users reading the fine print on the IRS tool would find that it, too, was created by Intuit.

Even though the same company created both tools, they look very different. The TurboTax version created by Intuit offers a slick design and user-friendly Q&A to enter personal data, along with multiple digital off-ramps to paid TurboTax products.

The IRS.gov version, also created by Intuit, is a clunky PDF-style form filled with jargon and small type. It is titled, “Non-Filers: Enter Payment Info Here.”

An Intuit spokesman said the company “volunteered at no charge to deliver a solution” for the government. The spokesman did not respond to a question about why Intuit launched the TurboTax tool a week earlier than its IRS.gov tool.
Click to expand... 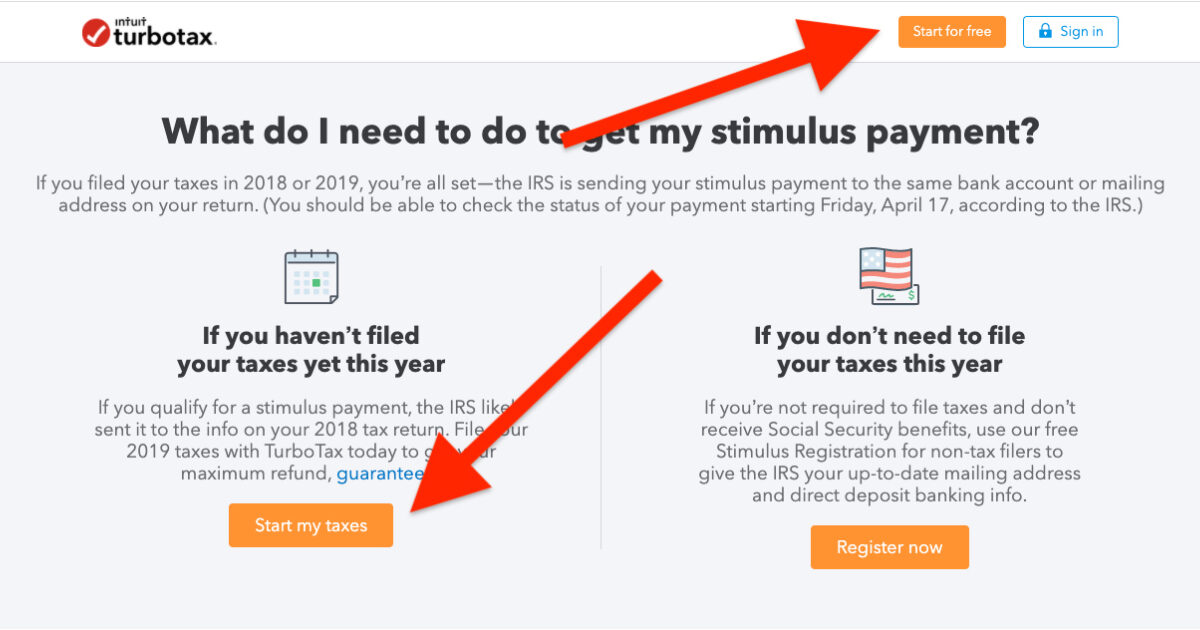 Millions of Americans Might Not Get Stimulus Checks. Some Might Be Tricked Into Paying TurboTax to Get Theirs.

Congress gave the IRS the job of sending out coronavirus rescue checks. But the underfunded agency is struggling, while for-profit companies like Intuit have started circling, hoping to convert Americans in need into paying customers.

www.propublica.org
You must log in or register to reply here.

Forbes: How Some Rich Americans Are Getting Stimulus ‘Checks’ Averaging $1.7 Million
Apr 16, 2020 by Maddox

U.S. citizens won’t get coronavirus stimulus checks if their spouses are immigrants
Apr 21, 2020 by Ana