PlayStation 5: Which Design will Sony choose for its PS5?

The technical characteristics of the future PlayStation 5 from Sony are still obscure on some points. We also wonder what will be its aesthetic lines. We were used to rather sober designs and the brand's famous “Black Monolith” but the recent revelation of the Design of the next DualSense seems to herald a sharp turn on all points. As you may have noticed, the PS5 philosophy will focus onoptimization. Where we expected a console on an architecture close to the PC world, crammed with TéraFlops, it would seem that this fifth model of PlayStation is, as its creator, Mark Cerny presents, a small revolution. The same goes for its controller from a purely aesthetic point of view. Not only the DualSense is no longer a DualShock but its look in two white / black colors and its general design contrast completely with the old models which had hardly evolved so far.

The Design of the Dualsense is official and it will not go very well with that of other Sony consoles. We can therefore easily imagine that the lines of the future PS5 will probably recall those of this new controller. But before thinking of a Design, it is the technical sheet of the PlayStation 5 that we will have to watch. It is its ventilation system which can give us some information on its final look, except for the moment, we do not know much about this ventilation system. We know that the PS5 will have a GPU and a CPU to variable frequencies thanks to technologyAMD SmartShift. Bloomberg (who are quite well informed in general) had brought up the information that the ventilation system of the PlayStation 5 was abnormally expensive. We are not talking here about Water Cooling but about a more advanced system than normal.

Two solutions are therefore available to us. The first is to keep the radiator above the AMD chip but to move the fan. We will then be on a Design that we know well on the vast majority of home consoles. Type design Horizontal “VCR” with a big motherboard. The second possibility is to divide the motherboard into stages and align the APU, the radiator and the fan in a single direct cooling flow. We are here on a type design “Chimney” Vertical which has already proven itself in IT with Apple MAC PRO in 2013. Microsoft were largely inspired by this design on the Xbox X Series by opting for a square base instead of a circular base (MAC PRO).

Although Sony seems to want to focus its communication on the fact that the SP5 is a revolution, as much by its philosophy, its unusual material architecture and the design of the DualSense, it is possible that the Japanese brand remains “more classic” on the final design of its console. In this case, the machine is not very high but offers the advantage of being able to adapt to many TV furniture. The remote fan will cool both the APU chip and its SSD hard drive. This configuration is not the most natural to evacuate the heat (which goes to the top of the machine), it does however offer an infinity of Design possibilities and it is not because the console will opt for this more classic architecture than 'it will inevitably be little innovative in its lines.

Sony has always accustomed us to rather sober Designs, often very simple in their forms and it is clearly a good thing because they manage to pass the years without getting a nasty hang of it too quickly. It is therefore better to avoid the too complicated “Tunning” aspect which will age badly. The PlayStation 5 should, however, retain a certain symmetry to allow it to be positioned either horizontally or vertically. It's kind of the trademark of PlayStation since the PS2. 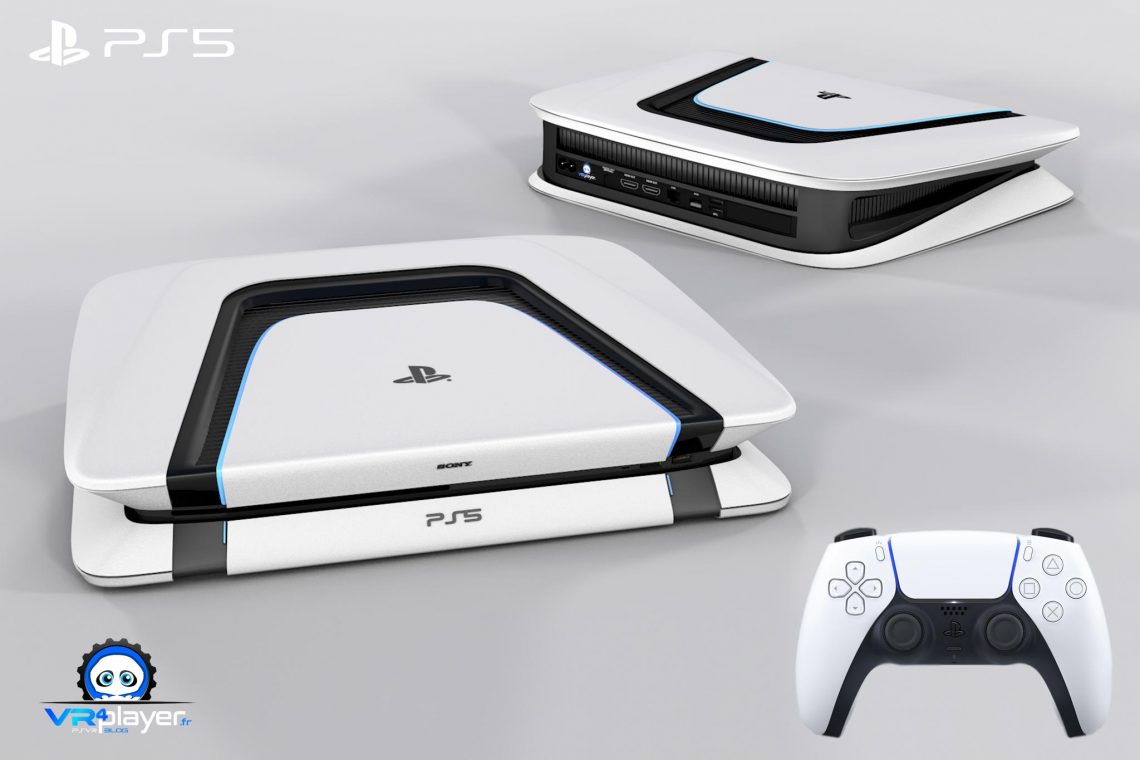 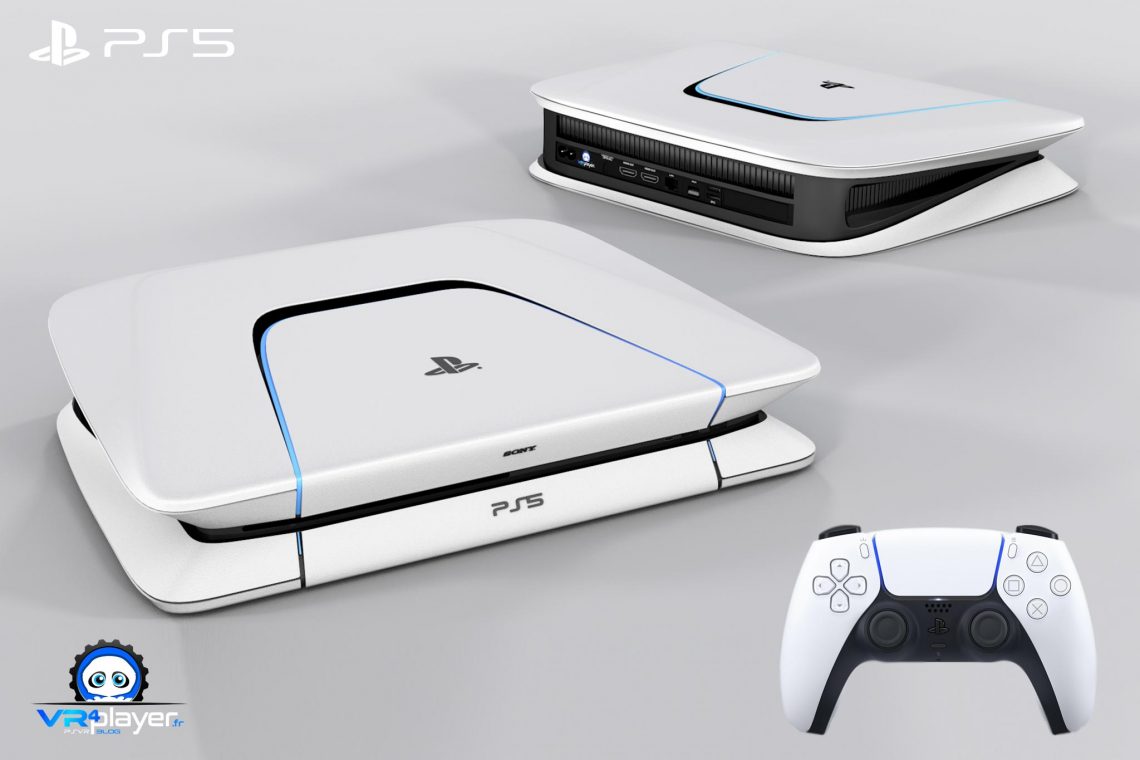 How about a Cube-shaped PS5?

The Nintendo Game Cube had known how to mark the spirit in its time. No need to wonder if we will place the console horizontally or vertically with a cube ! But this rather compact Design is not so simple as it seems to achieve. Although it offers the possibility of having a hot air extraction from the top, it is necessary to manage to store everything in a rather compact block. So we forget in this case the optical drive Bluray 4K horizontally if you don't want it to be a plug for good heat dissipation. The comparison with the Game Cube will be inevitable… Not necessarily the right choice if Sony wants to “Revolutionize” the world of game consoles. But hey, we still offer you a visual to illustrate this idea! 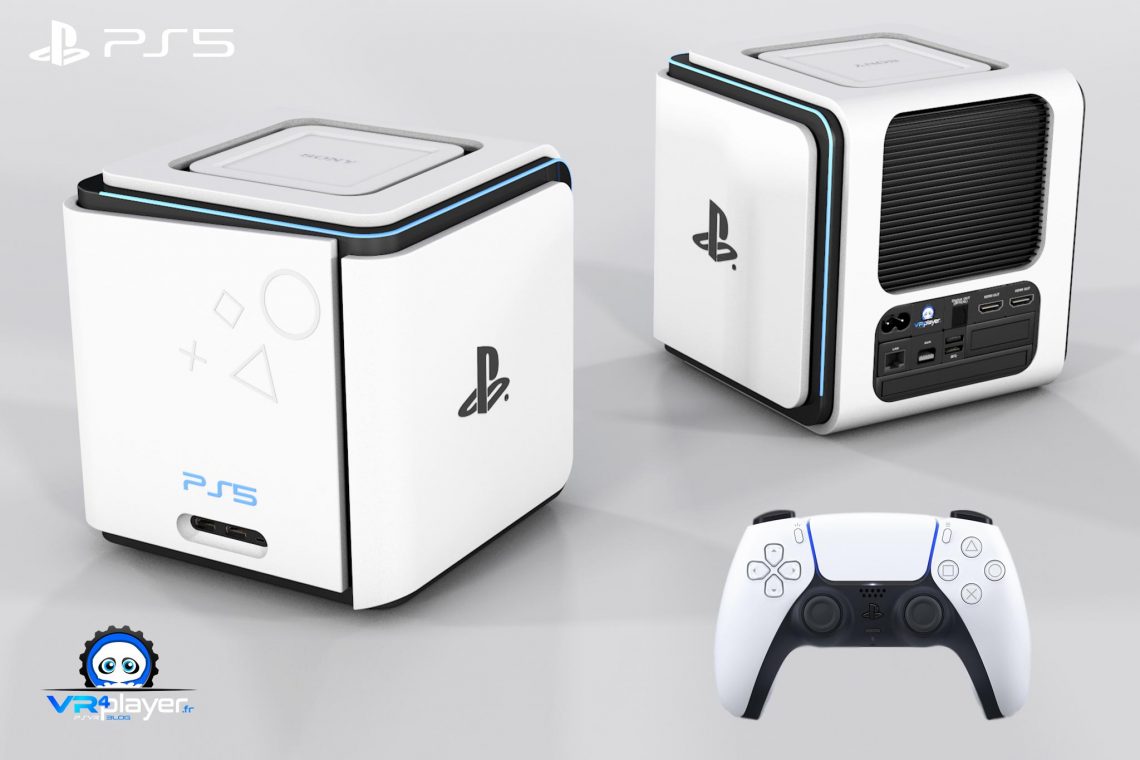 A PlayStation 5 on tour?

As we told you above, this configuration offers the advantage of offering a more natural exhaust of hot air, like a chimney flue. In this case, all the elements are aligned in a column. The reader Bluray 4K on the other hand is vertical to let the flow of hot air squeeze in without obstructions. But will Sony opt for this choice? Indeed, hordes of gamers will shout at plagiarism saying that Sony has only copied the Xbox X Series. However, it must be remembered that the Designers at Sony have been working on this PS5 for several years, Sony has made hundreds of prototypes and its Design is already well established for quite some time, well before the presentation of the X Series during Game Awards… Industrial leaks may have pushed Microsoft to announce the X Series urgently to style Sony on this point. Anyway, Apple was the first on this concept, Microsoft and Sony would be strongly inspired in this case if the Japanese firm decided to choose this architecture. The disadvantage of this type of configuration is its difficulty in entering a conventional piece of furniture. The console then becomes a “connected speaker” that will proudly sit next to your TV.

This Design being in a logic of fireplace, the aesthetic possibilities are more limited. We have seen that Apple had chosen a circular base, Microsoft a square base ... We can imagine a triangular base (We have already proposed a trailer on this idea), a base in pentagon, in hexagon but we will quickly turn in a loop…

Sony can however make this choice without however being too close to the X Series. The two black and white colors of the DualSense will decide, coupled with a line of bluish LEDs. Here is an idea that goes in this direction: 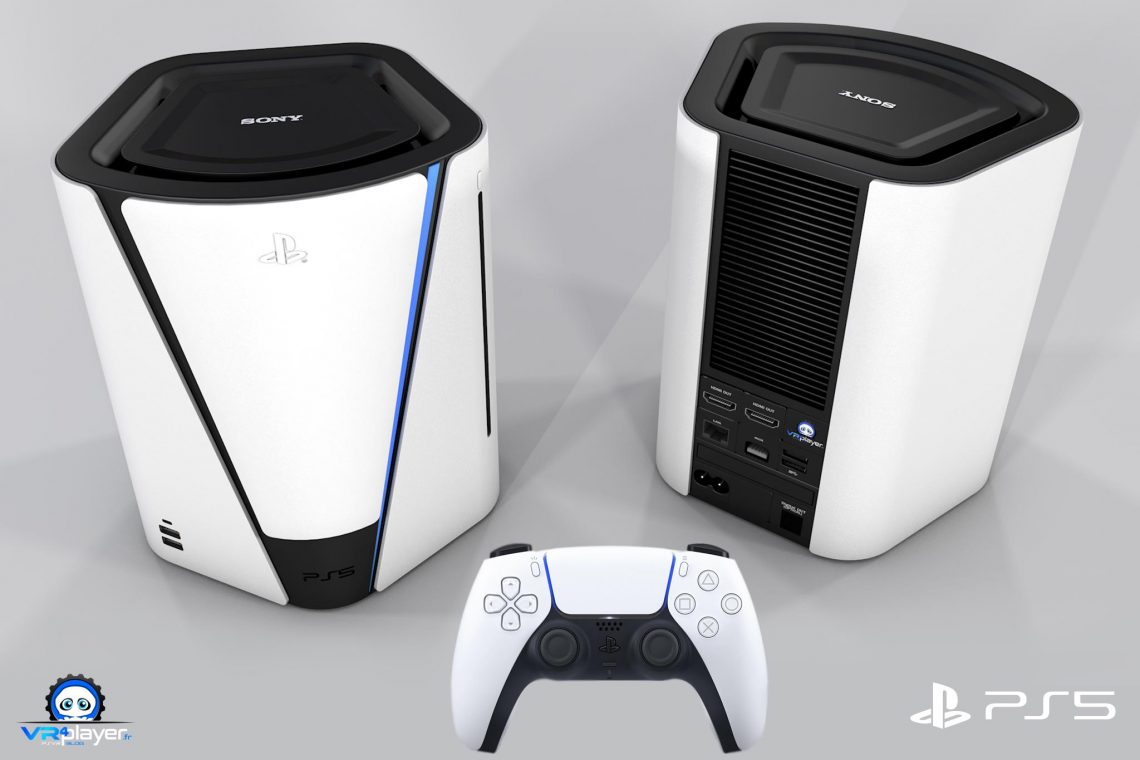 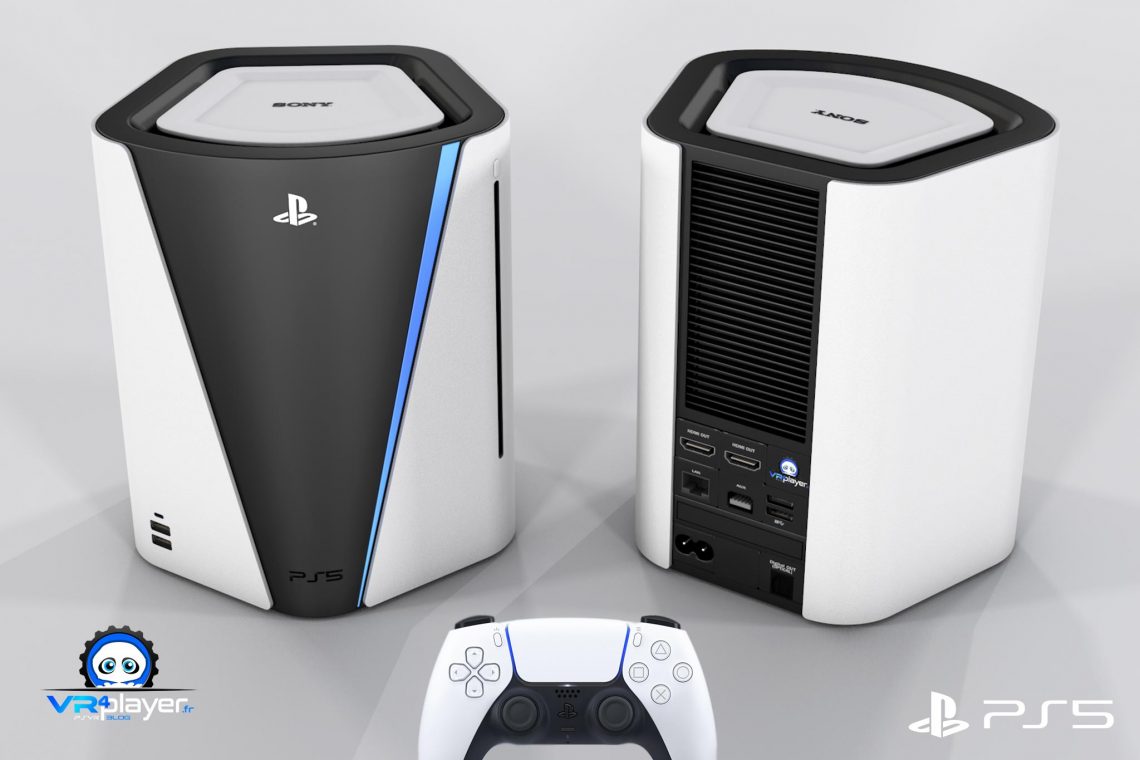 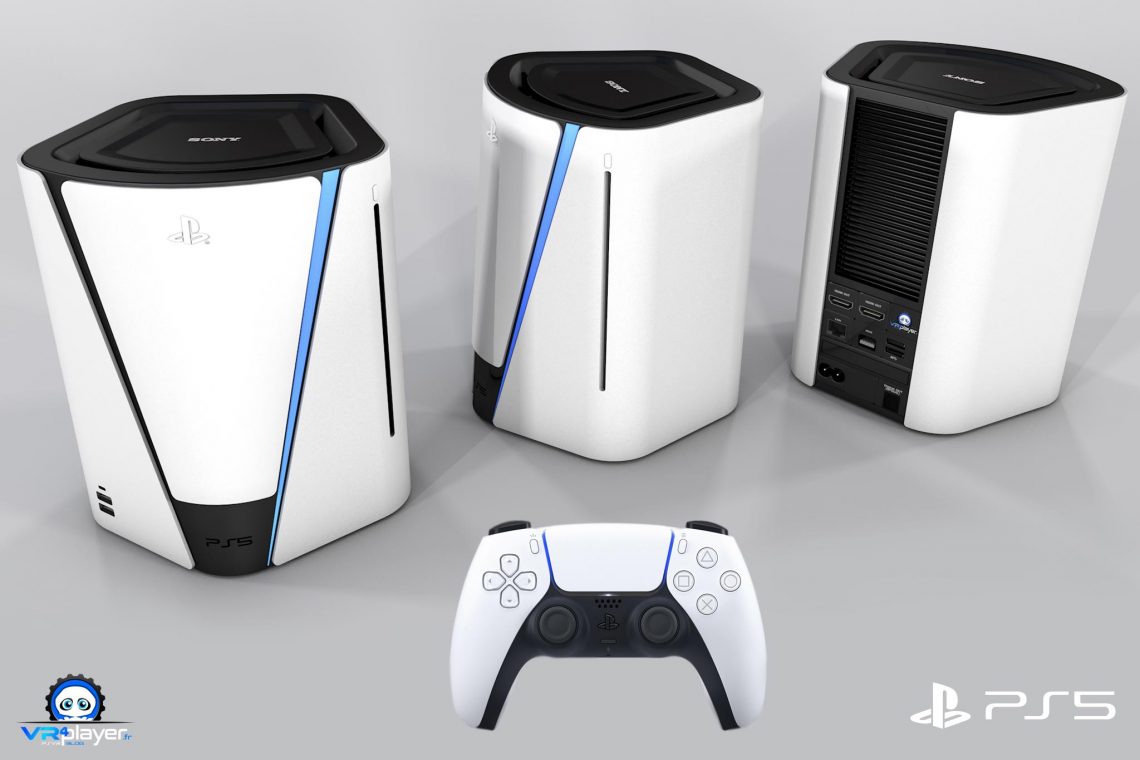 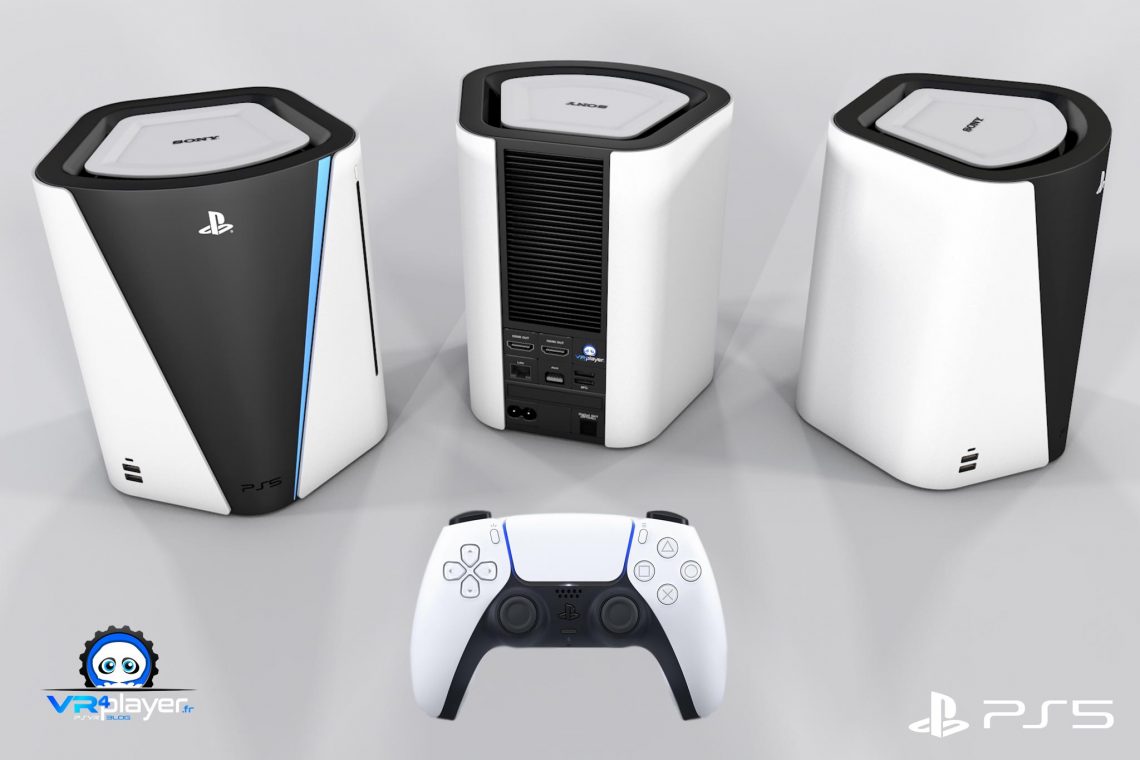 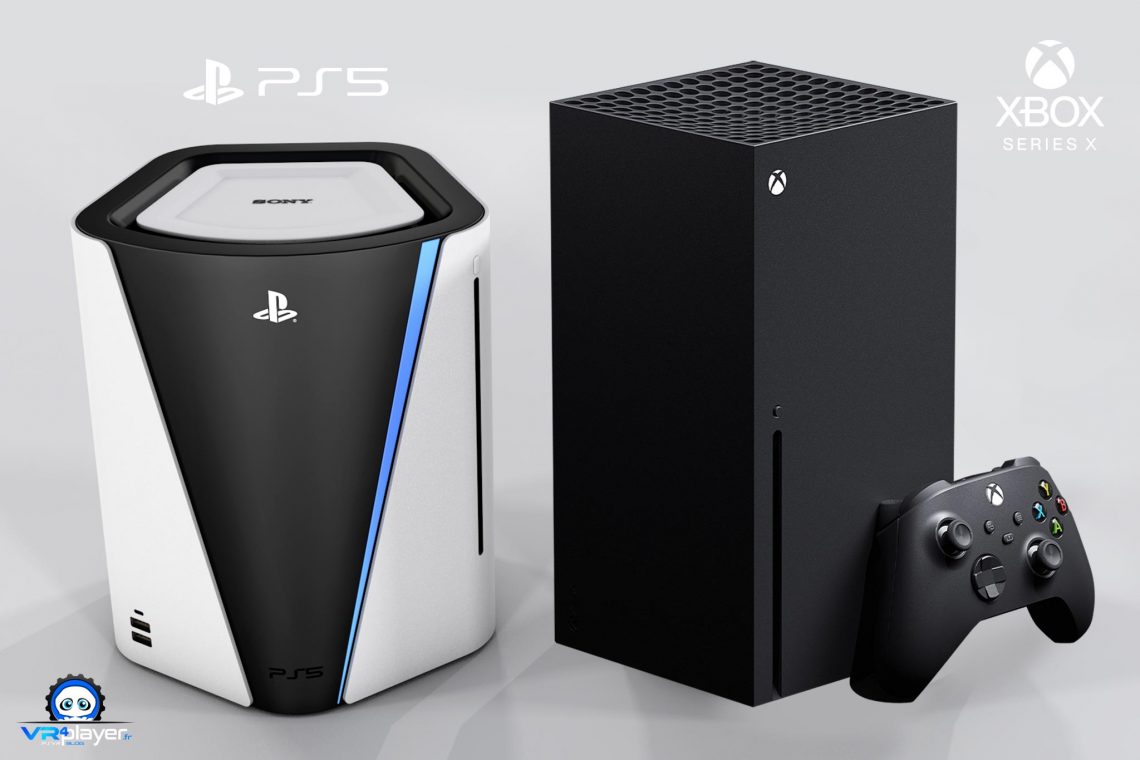 If Sony chooses to maintain the launch date of its PS5 for the month of November 2020 (Despite the Coronavirus crisis), we do not have much time to wait before being fixed on the Final Design of the PlayStation 5. The DualSense has already laid some foundations, but the number of possibilities is far too great to be able to truly anticipate the question of Design. If we put aside the idea of the Cube, two paths emerge: A “classic” console with two positions (vertical / horizontal) or on the contrary chimney architecture like Apple's MAC PRO. In any case, the future PS5 should be silent and efficient. As for aesthetics, it will not be unanimous because as we say: Tastes and colors… 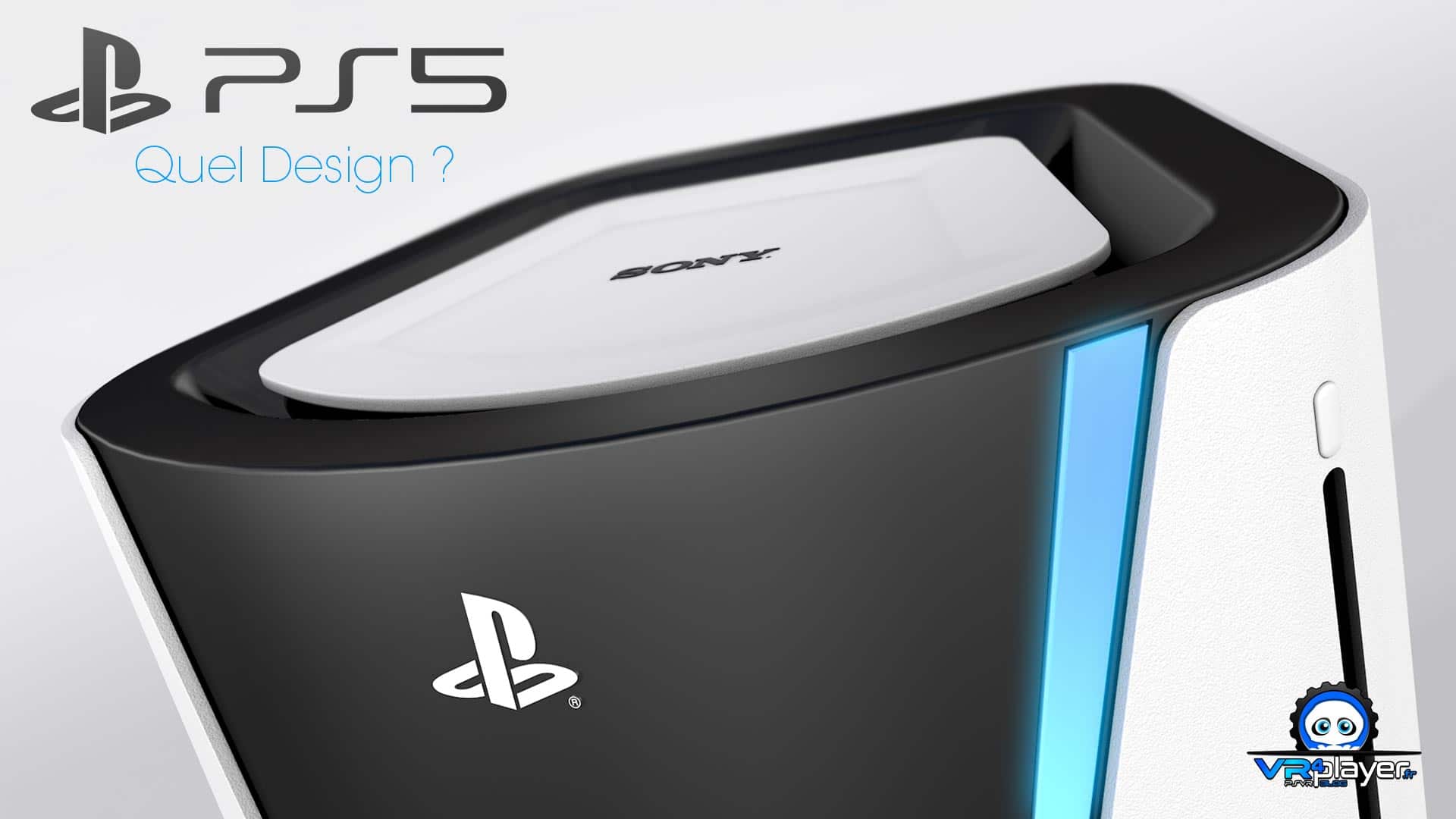 This prototype looks cool, whoc knows it could be chosen for the final design and edit. I think they may even give skins sort of options in this release. Considering that we may be able to see some of that in the market once the box is released.
You must log in or register to reply here.

Playstation or XBOX which one would you choose?
Oct 19, 2021 by MorciJohn