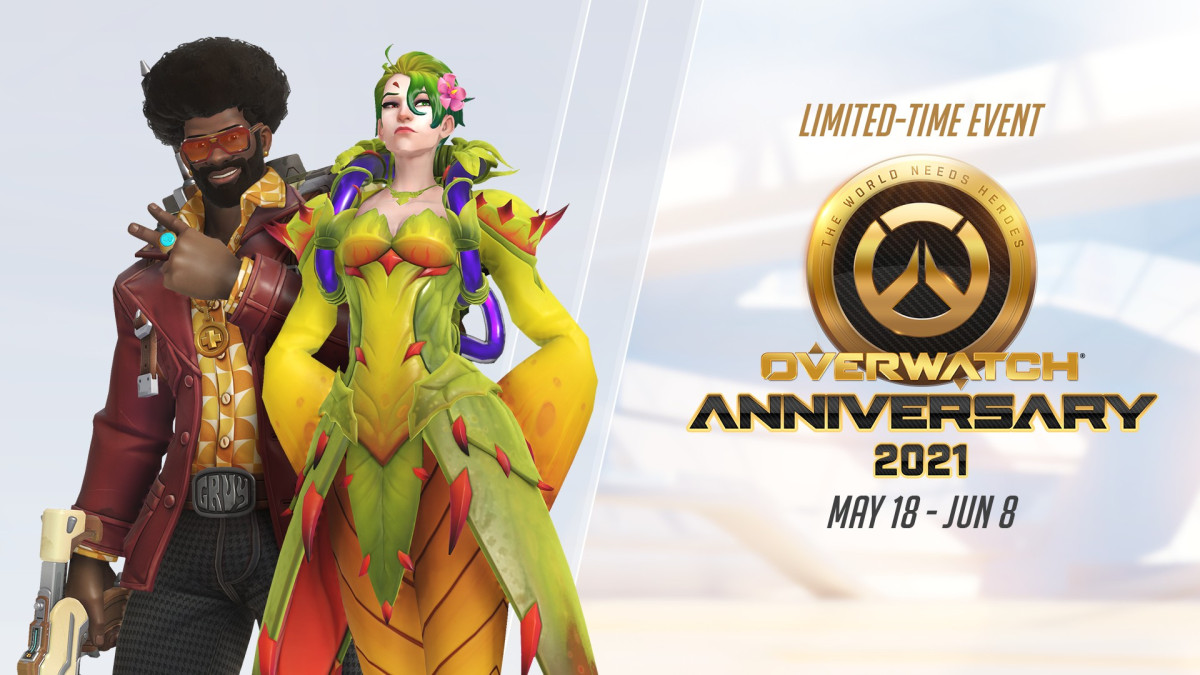 Overwatch Anniversary 2021 event is now live, offering players a chance to dive back into their favourite modes from previous seasonal events.

The Event went live from 18 May and will run until 8 June.

The Brawl Vault recreates each of Overwatch‘s annual events, providing a daily rotating roster of fun stuff to do, as follows: