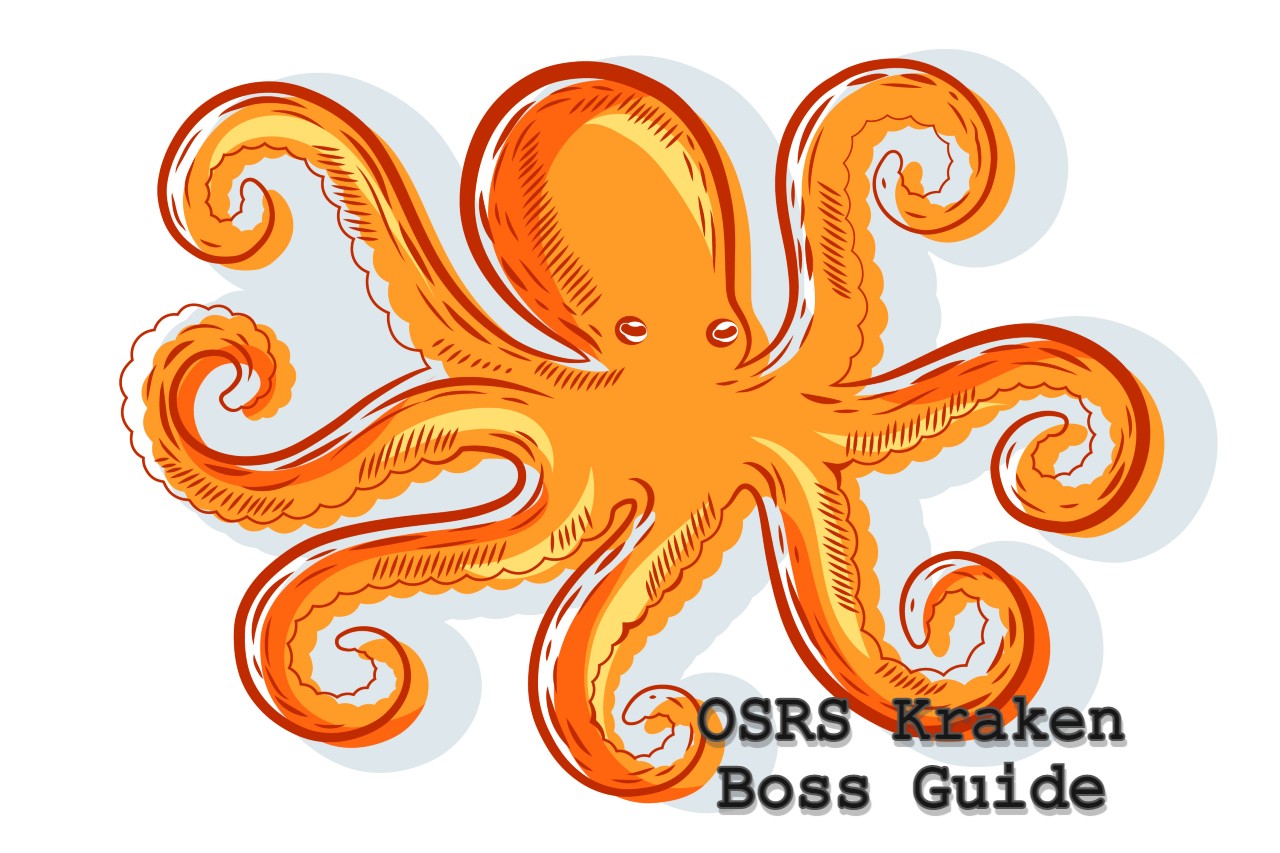 Here's the strategy for beating the Kraken boss in Old School Runescape.

If you have been struggling for ways to beat the Kraken in Old School Runescape, then we've got you covered. You might need to spend some OSRS gold, and you will need to have the method down before attempting it.

What is the Kraken?

The Kraken is a slayer boss that you need to kill on a slayer task. You can find the boss in the aptly named Kraken Cove. The boss is in a separate part of Kraken Cove, and the fastest way for you to get there is via fairy rings. Use the code A.K.Q then go through to the west to get to the entrance of the dungeon. From there, go north to enter the cove where you find the Kraken. You need to be at level 87 to be able to damage the boss.

When it comes to what you need to take with you, make sure that you have at leaser four prayer potions. Having a magic ranged weapon is also going to be very effective during this fight. Take magic potions too, and a teleport to house.

If you are low on defence, then pick up a super defence potion to take with you. Other useful OSRS items include an empty rune pouch, a dramen staff and a piscatoris scroll.

Tips on Beating the Kraken

Firstly, you might want to set up a private instance. This will cost you 25,000 OSRS GP, so you shouldn't have to buy OSRS gold unless you're running low. The reason why you should buy a private instance is that this is a popular boss amongst players. So you might find it hard to get an empty world to combat it in.

If you have a private instance, then you can find OSRS items that have been dropped for more time. You would normally see OSRS items disappear after two minutes, but they will now last for 30 minutes. The Kraken drops a lot of food such as sharks and seaweed, which means that you can manage what is dropped fairly easily.

The Kraken's attacks don't have a type, so you won't be able to make use of protection prayers. If you aren't geared up with much magic or defence, then try praying mystic might or augury instead. The Kraken has 255HP and a maximum hit of 28. When you see it appear, use a magic potion and start attacking the four surrounding whirlpools where the tentacles are. A ranged weapon like the Twisted Bow or Toxic Blowpipe will be especially effective here.

Once you are done attacking the tentacles head to the middle and start on the Kraken's body. You will want to keep using magic on it until it is dead. Be aware of the tentacles attacking you, and make sure to check on your health every now and again.

As for what you will receive for beating the Kraken boss, you will get many different drops. You will get a range of weapons, armour, seeds, materials and runes. One item of interest is the Kraken Tentacle that is dropped. This will give you the chance to upgrade your Abyssal Whip if you choose to. You can also get a Trident of the Seas which is a fantastic weapon for mages. There's also a Jar of Dirt that can be dropped by the boss.

One of the main reasons as to why this boss is so popular amongst OSRS players is the fact that the Kraken boss drops a pet. This is one of the few opportunities that you can get to grab a pet of your very own in Old School Runescape.

This knowledge should help you overcome the Kraken boss. If you are chasing the pet, then you are going to want to spend the OSRS gold to get a private instance. That said, you probably won't need to find OSRS gold for sale if you are to get your own instance. There is a lot of magic at play here as well, so having a ranged magic weapon is going to come in handy.

Have you managed to defeat the OSRS Kraken boss? What look did you acquire? Let us know in the comments section below!