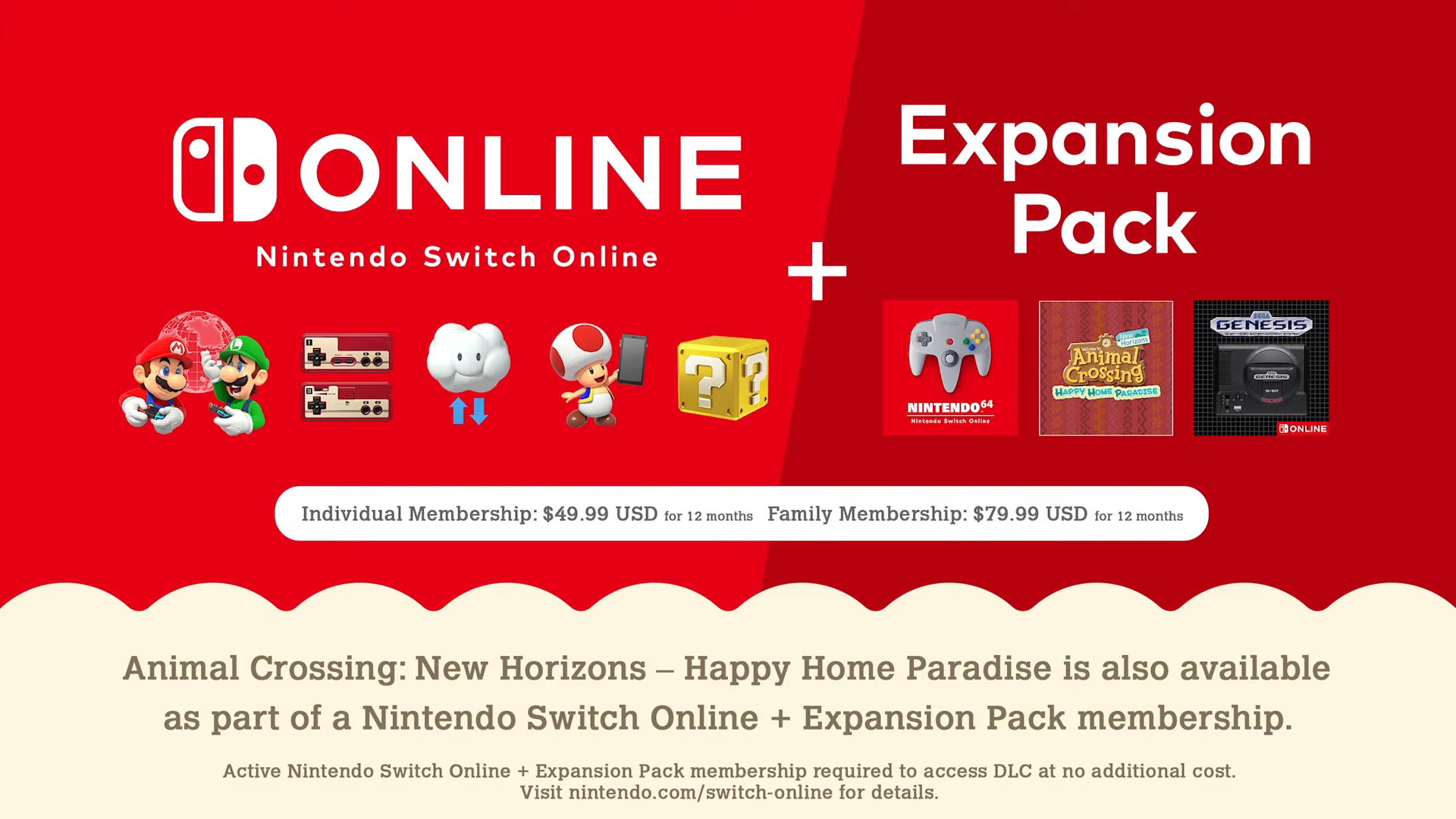 During its Nintendo Direct in September the big N unveiled the Nintendo Switch Online Expansion Pack, an optional extra to the subscription service that adds Nintendo 64 and SEGA Mega Drive / Genesis games. A lot of our thoughts on its potential pricing revolved around the value of those added libraries, but today's Animal Crossing Direct confirmed that it'll also include the Happy Home Paradise expansion for Animal Crossing: New Horizons.

It launches on 25th / 26th October (depending on region), with the Animal Crossing DLC landing on 5th November.

Ultimately, that helps to explain the price of the pack when combined with the original membership. Below are prices for new customers signing up for Nintendo Switch Online + Expansion Pack.

For those upgrading from a current standard Nintendo Switch Online subscription you'll get a "pro rated discount depending on the number of days remaining in your current membership".

Though not a perfect match across all territories, adding the Expansion Pack to the standard subscription effectively doubles the price (slightly more than doubles it in US dollars).