New Zealand Prime Minister Jacinda Ardern has shut down a TV host after he questioned the country’s lifesaving lockdown measures.

Ms Ardern was being interviewed by Duncan Garner, host of The AM Show, earlier this week when she delivered the blistering take-down.

New Zealand has seen its second straight day with zero coronavirus cases, prompting some in the country to call for easing of its level three lockdown measures.

Garner argued that while the alert levels had worked well when the country needed to go into lockdown, “they’re now irrelevant and worse, could be making us sicker” because of the effect on the economy.

“What’s the figure you’re looking for to move us to level two … all the international experts are saying that this is going to be the new normal for months and months and months,” Garner said.

“What are we waiting for?”

But the PM wasn’t standing for Garner’s attempt at pushing New Zealand out of lockdown.

“I didn’t realise you were an epidemiologist – congratulations on your new qualification,” Ms Ardern replied.

Garner, who appeared taken aback by the comment, replied: “If you wanna get personal then that’s fine, but I’m just asking a question.”

The fiery exchange has gone viral on social media, with the clip making its way around Twitter, Facebook and TikTok.

The two butted heads a number of times in the interview, with Ms Ardern also clapping back.

“Duncan, do you for a moment question the fact that I do not have concern about the employment of New Zealanders? It’s why we have the wage subsidy, it’s why we put in the small business loan scheme last week, it’s why we worked with the banks on the business guarantee scheme, it’s why we have put through $3 billion of tax changes to get cash flow into business,” she said.

“I am desperately concerned about people’s employment, I’m also desperately concerned about their lives. Our job is to make sure that we do the best thing for both and it just so happens our strategy is focused on both. The sooner we win the fight against the virus the sooner we get our economy back up and running but I do not want to make hasty decisions that lead to a yo-yoing between levels. So I am going to listen to the evidence and the advice and the data.”


The AM host raised questions about New Zealand’s lockdown.Source:Supplied
The leader lauded New Zealanders for their commitment to lockdown after a second straight day without a new case of COVID-19.

“Achieving zero cases two days in a row is the result of New Zealanders demonstrating commitment and discipline to our goal,” she said, before urging Kiwis to maintain their social distancing measures.

“We know the virus can have a long tail and other cases can pop up … so don’t do anything that snatches our potential victory at this point.”

Ms Ardern and Prime Minister Scott Morrison yesterday formalised a process for a trans-Tasman travel arrangement that has been mooted for weeks.

Australia and New Zealand plan to resume regular travel arrangements “as soon as it is safe to do so” according to a joint statement issued after Ms Ardern’s appearance at Australia’s National Cabinet.

Her appearance was the first time a Kiwi leader has attended a meeting of state premiers since World War II.
Click to expand... 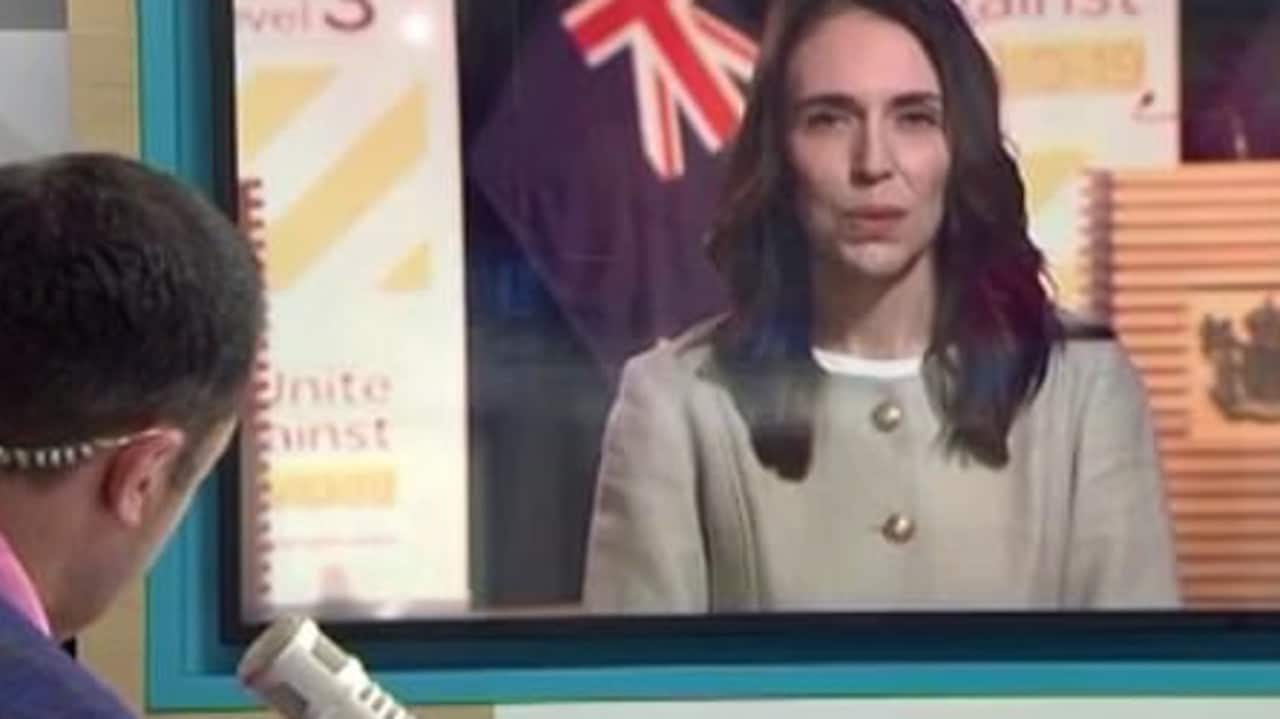 New Zealand Prime Minister Jacinda Ardern has shut down a TV host after he questioned the country’s lifesaving lockdown measures.

www.news.com.au
You must log in or register to reply here.