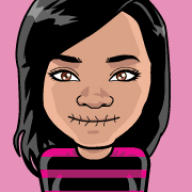 Netflix just announced that they're turning their very popular series Stranger Things into a video game for mobile gamers. Nothing is really set in stone but they will be launching it in 2020, which is really not that long of a wait.

This doesn't seem like a game I would really want to play. It will have an 80's theme and early 90's cartoon look and feel to it.

Like I said, not much was said about it so far but you can read a short article about the game here: Netflix says 'Stranger Things' mobile video game is coming in 2020

Will you be buying this? I've never watched the show so I won't. I just though it was cool that it was so popular that it's now a game.

I have checked out the RPG trailer for the console and PC based game on youtube. Not sure if it is official or not. But it seems like the one made as RPG adventure seems to be fun with classic animation or so.

The Guardian's video games you may have missed in 2020