For decades, conservatives have pointed to the 10th Amendment as the very essence of decentralized government. "The powers not delegated to the United States by the Constitution," it declares, "nor prohibited by it to the States, are reserved to the States respectively, or to the people." This is where the states' inherent "police powers" come from, which include the power to oversee public safety during a pandemic.

In a national emergency, presidents do have sweeping powers, but what seems beyond doubt is that the president doesn't have the power to undeclare an emergency or undo public health decisions made by governors. Trump can't order states to reopen, just as he can't compel private businesses to resume operation or private citizens to resume their daily routines.

Until Trump, conservatives understood that. What they believe now seems less clear.
Click to expand...

Instead, conservative media reacted in three ways: pivoting to anti-anti-Trumpism by focusing not on the president's comments but on the alleged obnoxiousness of the media's questioning, ignoring the remarks altogether or arguing that Trump's words shouldn't be taken either seriously or literally.

Fox News' Brit Hume, for example, acknowledged that Trump's claims of absolute power were "constitutional nonsense" but dismissed them as "another of his serial exaggerations." The problem, he tweeted, wasn't the president's claim of vast and total power but rather what he called "the media's insistent focus on the stuff he says, as if that is more important than what he actually does."

In effect, Hume argued, we should pay no attention to "the stuff he says," because the president's words really don't matter.

"He constantly blusters and threatens all sorts of things, most of which never come to pass," Hume wrote. "In this instance, he is claiming supreme executive authority, but there is no sign he will try to exercise it." Trump has, in fact, now backed down from the bluster. At least for now.

And this brings us back to the paradox of Trumpism.

“He constantly blusters and threatens all sorts of things, most of which never come to pass. In this instance, he is claiming supreme executive authority, but there is no sign he will try to exercise it.”
Brit Hume, Fox News

As Benjamin Wittes and Quinta Jurecic wrote on Tuesday, "Trump needs the optics of authoritarian assertiveness without any actual responsibility." The result is "rhetorical authoritarianism married with a striking unwillingness to use federal authority robustly."

Windsor Mann makes a similar point. Trump would love to have the sort of extraordinary powers enjoyed by Hungary's authoritarian prime minister, Viktor Orbán, But "unlike Orban, Trump is lazy. As much as he would love to have dictatorial powers, he doesn't want to put forth the effort necessary to seize them," Mann wrote. "Just as he inherited a fortune, he wants to inherit an autocracy. To be a successful strongman, you need a strong work ethic. Trump has only weak ethics."

But this is only somewhat reassuring, because there is a real danger in this sort of "performative authoritarianism." 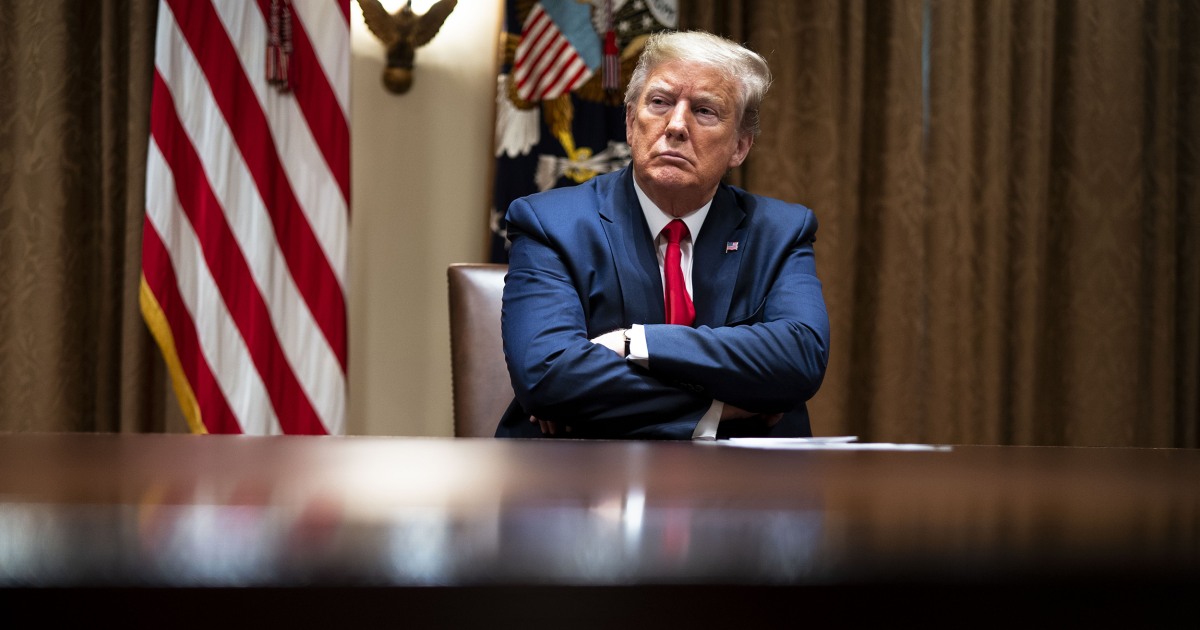 For decades, conservatives have pointed to the 10th Amendment as the very essence of decentralized government. Now, it's not clear what Trump's GOP supporters believe.

www.nbcnews.com
You must log in or register to reply here.