"Houston, we've had a problem." Apollo 13 has become known as “a successful failure” that saw a safe return of the crew in spite of a catastrophic explosion in the middle of their lunar journey. This 30-minute documentary features interviews with Apollo 13 Astronauts Jim Lovell and Fred Haise, as well as Flight Directors Gene Kranz and Glynn Lunney, with engineer Hank Rotter. Parts of their interviews take place in the restored Apollo mission control room. This documentary also features original NASA footage and newly synchronized audio from Mission Control.
Click to expand... 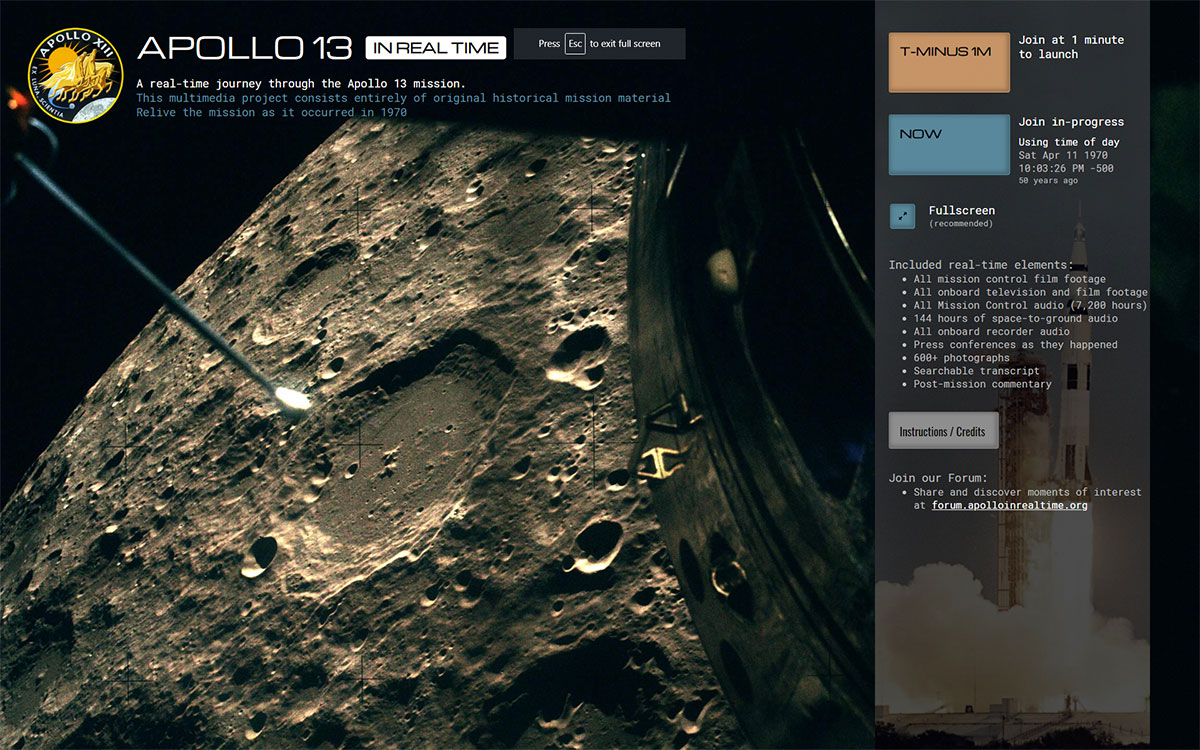 A real-time interactive journey through the third lunar landing attempt. Relive every moment as it occurred in 1970.

apolloinrealtime.org
You must log in or register to reply here.