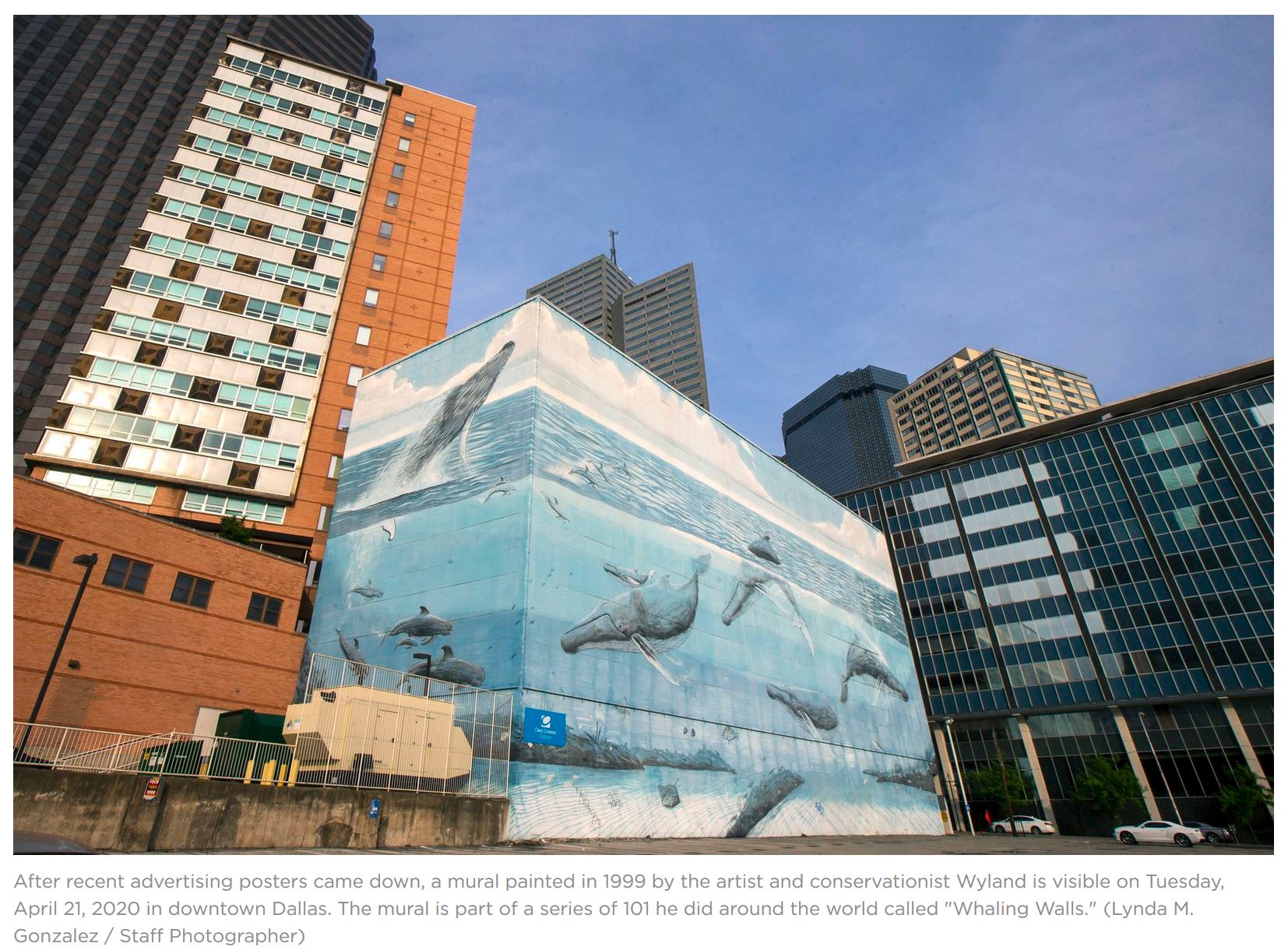 Veletta Lill, who began serving on the Dallas City Council two years before Wyland painted the mural and stayed put until 2005, recalls how it got there — and how the advent of downtown advertising made it vanish.

The mural appeared, she says, “prior to the time that large-scale advertising was permitted” downtown and coincided with a movement of similar art in other downtown locations. At that time, the only large-scale murals being painted downtown, she says, “were of an artistic nature.”

And then came large-scale ads.

Wyland says he’s so pumped about the mural’s reappearance that he wants to return to Dallas, “to touch it up, to put a protective clear coat on it. It doesn’t belong to me or the owner of the building, it belongs to the community. It was a beautiful gift. I had a real smile on my face when I heard about it this morning from my foundation director. This is such positive news.
Click to expand... 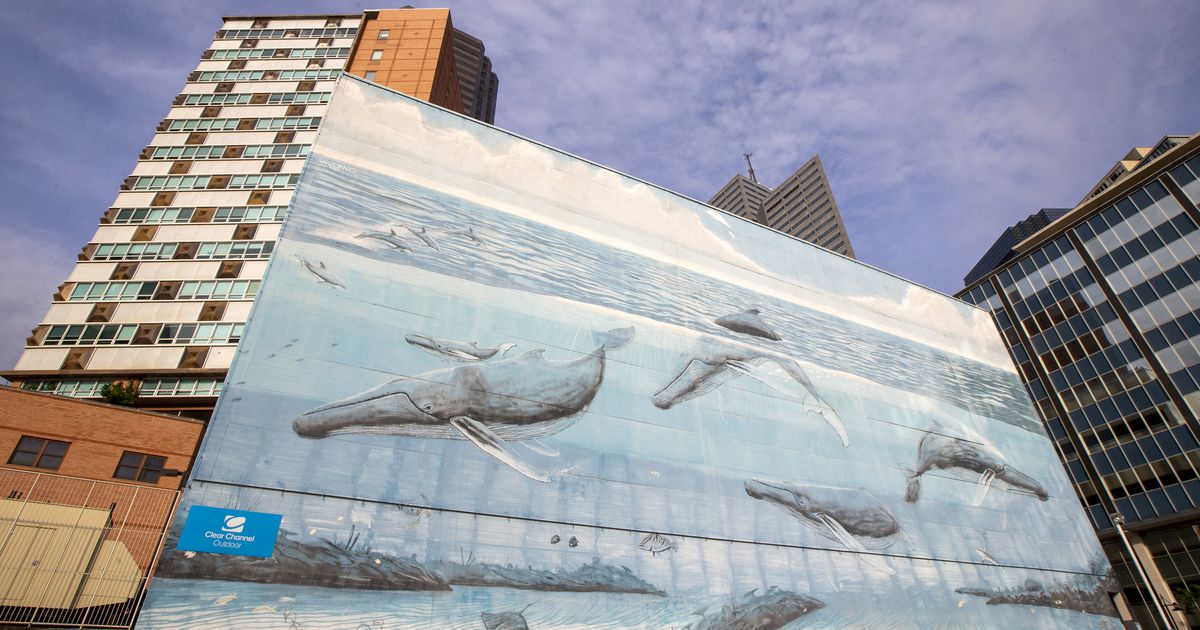