Hello people I have reviewed every single Twitch skin and ranked them from worst to best.

Here we have one of my favorite champions to play in League of Legends and it is a rat that is addicted to every drug in existence. While he’s not doing drugs he’s out eating moldy cheese. Such is the life of a rat but what can I say. Today we are not going to talk about his lifestyle but we will talk about his skins. There are 13 in total so let’s get right into it! 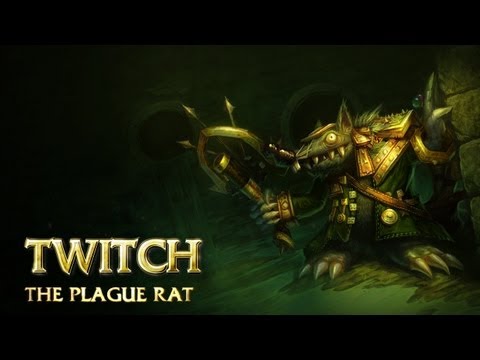 “I can’t even taste the air up here!” (Video by League of Legends)
This is the original Twitch skin and there is nothing special about it. Everyone can own it if they buy the champion and that’s it. Without a skin, Twitch looks like he’s been through hell and he kinda did. Since his birth he was swimming through fecal matter to survive then he accidentally stumbled upon some crack and now he is here. Crack improved his life. That’s his origin story.

How To Get Original Twitch:

You have to buy the champion to own the skin. The champion will cost you 3150BE.
You must log in or register to reply here.