Liberty University Brings Back Its Students, and Coronavirus, Too

LYNCHBURG, Va. — As Liberty University’s spring break was drawing to a close this month, Jerry Falwell Jr., its president, spoke with the physician who runs Liberty’s student health service about the rampaging coronavirus.
“We’ve lost the ability to corral this thing,” Dr. Thomas W. Eppes Jr. said he told Mr. Falwell. But he did not urge him to close the school. “I just am not going to be so presumptuous as to say, ‘This is what you should do and this is what you shouldn’t do,’” Dr. Eppes said in an interview.

So Mr. Falwell — a staunch ally of President Trump and an influential voice in the evangelical world — reopened the university last week, igniting a firestorm, epidemiologically and otherwise. As of Friday, Dr. Eppes said, nearly a dozen Liberty students were sick with symptoms that suggest Covid-19, the disease caused by the virus. Three were referred to local hospital centers for testing. Another eight were told to self-isolate.

“Liberty will be notifying the community as deemed appropriate and required by law,” Mr. Falwell said in an interview on Sunday when confronted with the numbers. He added that any student returning now to campus would be required to self-quarantine for 14 days.

“I can’t be sure what’s going on with individuals who are not being tested but who are advised to self-isolate,” said Kerry Gateley, the health director of the Central Virginia Health District, which covers Lynchburg. “I would assume that if clinicians were concerned enough about the possibility of Covid-19 disease to urge self-isolation that appropriate screening and testing would be arranged.”
Click to expand...

Of the 1,900 students who initially returned last week to campus, Mr. Falwell said more than 800 had left. But he said he had “no idea” how many students had returned to off-campus housing.

“If I were them, I’d be more nervous,” he added, because they live in more crowded conditions.
Click to expand... 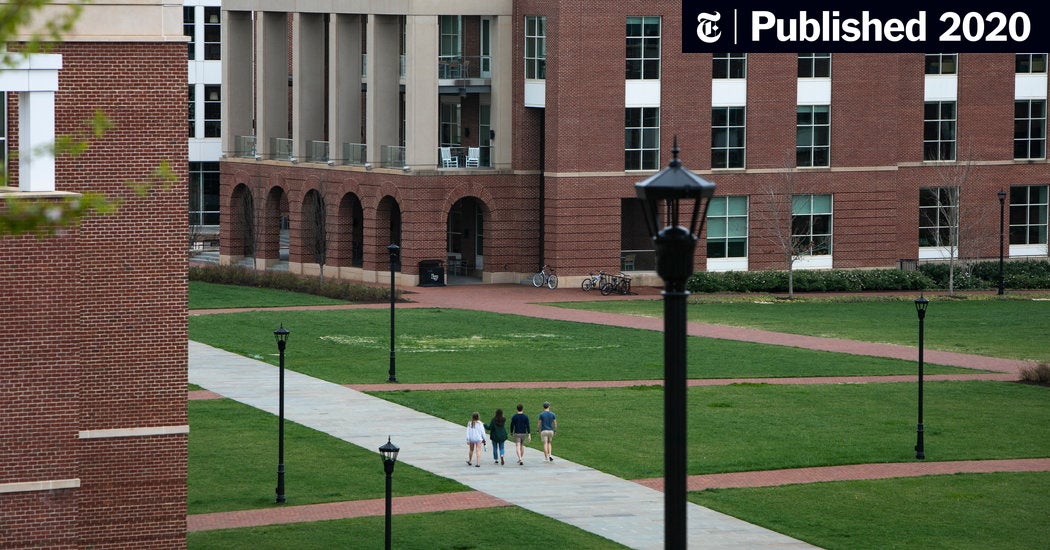 Liberty University Brings Back Its Students, and Coronavirus Fears, Too (Published 2020)

The decision by the school’s president, Jerry Falwell Jr., to partly reopen his evangelical university enraged residents of Lynchburg, Va. Then a student tested positive for Covid-19.

Animaniacs Reboot Brings Back Original Cast, Plus Pinky and the Brain
Apr 6, 2020 by PGen98

University of Maryland injects coronavirus vaccine in first volunteers, aiming for approvals in fall
May 5, 2020 by Tek