Kronoverse has recently partnered with ESL, the world’s largest esports company, with the goal of developing and scaling CryptoFights and the Kronoverse gaming platform. This move is right in line with Kronoverse’s goals of improving the esports industry in various ways such as attracting more indie game developers and solving gaming problems like cheating. More gamers around the world will be able to benefit from what blockchain gaming has to offer because of this partnership. Here’s a quick history of ESL, what will happen because of the Kronoverse/ESL partnership, and what you have to gain from the partnership:

A quick history of ESL

ESL has been around since 2000 with a focus on building the best esports states and competitions for gamers. By 2001, ESL celebrated its first 100,000 members and reached nearly 1 million members in 2005. ESL hit the 2 million-member mark in 2008 then got to 4 million members in 2012. Thanks to its thriving community, the esports industry has grown as well in total viewership and revenue.

There have been more opportunities for esports athletes to showcase their skills and get paid for it because of ESL. Tournaments such as ESL One Cologne consistently sell out to maximum capacity crowds like the LANXESS Arena which is Germany’s biggest indoor sports arena. The impact of ESL’s hard work and dedication to competitive gaming has been felt on social media as well. More than 74 million impressions on Facebook and Twitter were made because of the ESL Pro League in 2016. Since ESL has been around for two decades, it knows what it takes to evolve and scale as the esports industry grows and technology improves.

Kronoverse is built on Bitcoin SV which makes all games built on the Kronoverse platform blockchain games. In case you didn’t already know, blockchain games are different from traditional video games for different reasons such as decentralization and complete transparency. All actions taken on a blockchain game are recorded permanently and can be reviewed by both gamers and game developers. This increases the integrity of a game thanks to the higher level of transparency. Through the ESL/Kronoverse partnership, more esports athletes around the world can expect to compete in honest gaming environments that allow them to truly play without worrying about cheaters.

What can you expect from the Kronoverse/ESL partnership 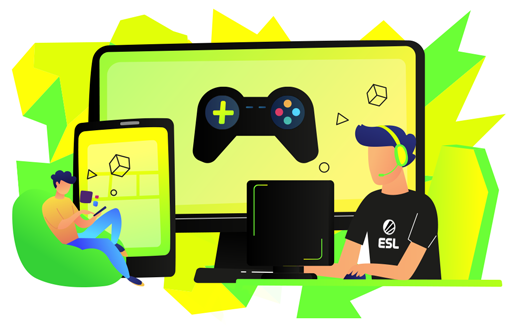 Photo credit: eslgaming.com
Why does this partnership between Kronoverse and ESL matter to you? As stated before, one of the reasons why Kronoverse partnered with ESL is to develop and scale CryptoFights. Kronoverse will be able to grow the CryptoFights community at a faster rate thanks to ESL’s influence and experience within the world of competitive gaming. ESL knows what it will take for CryptoFights to succeed and become a mainstream game. More players will join CryptoFights giving you more opportunities to show off your skills and win real cash prizes.

Another benefit you can expect from the Kronoverse/ESL partnership is that the indie gaming community will grow. Kronoverse provides the chance for indie game developers to bring their ideas to life and get paid for them. Gamers will be able to discover new unique games and find more people to compete against thanks to ESL’s support of the Kronoverse gaming platform.
Click to expand...

blog.kronoverse.io
You must log in or register to reply here.

Splash Damage partners with Google Stadia to work on an exclusive title
Mar 24, 2020 by Gwe

Activist investor ValueAct Capital Partners LP has built a stake of over $1.1 billion in Nintendo
Apr 21, 2020 by Ana