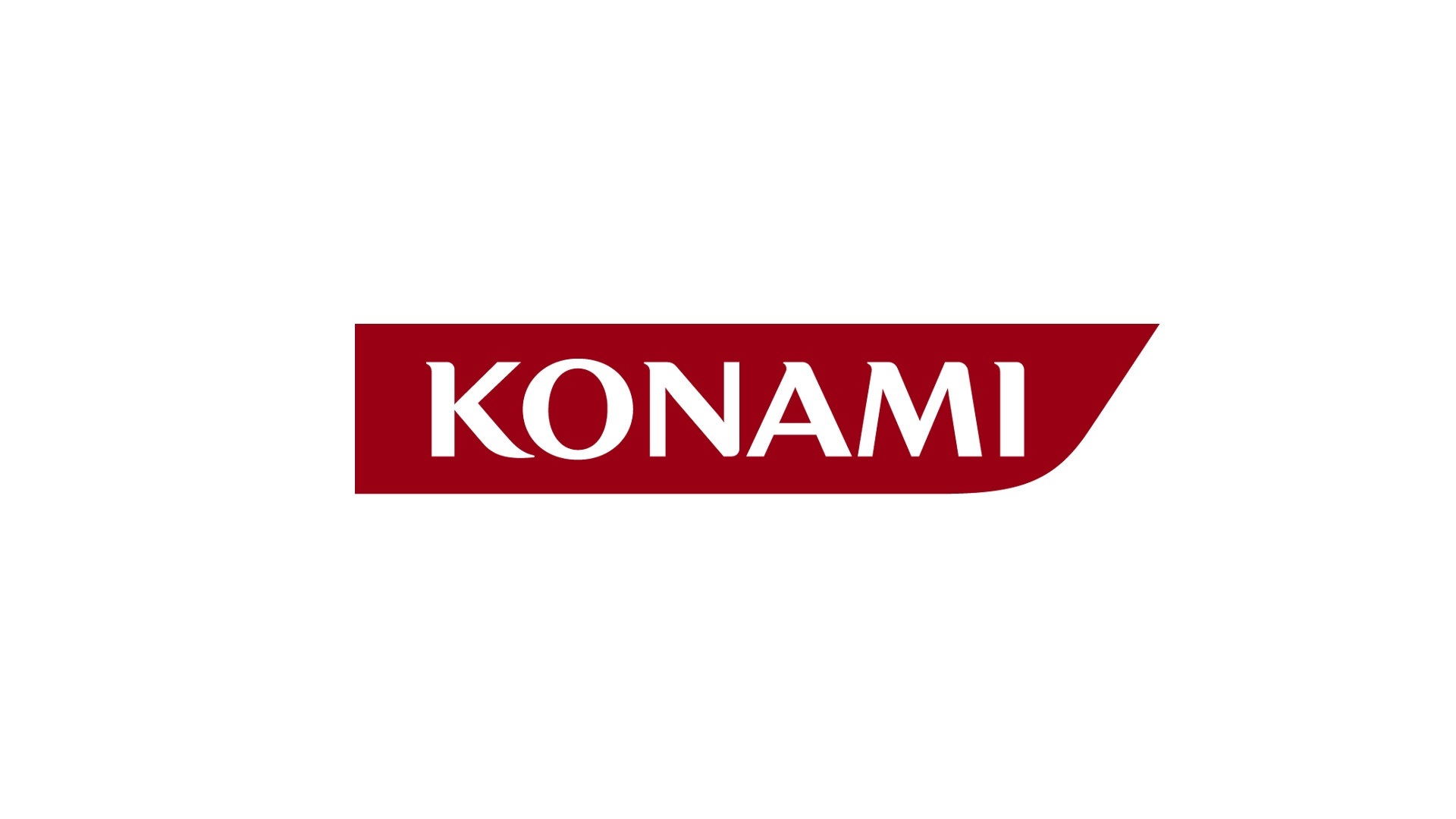 Konami is a very big gaming industry in the city of Japan and it has been here for a long time. The company was established March 21, 1969, by Kagemasa Kōzuki. He had a jukebox rental and repair business before partnering with two others to establish the company.

Konami was officially incorporated into Konami Industry Co., Ltd on March 19, 1973. The company has since then manufactured amusement machines for various video arcades. The company did not just stop manufacturing on Japan but started exporting to the US in 1979. This then led to the establishment of Konami of America, Inc. in 1982.

The company has released a lot of games for MSK in 1983 and Nintendo Entertainment System (NES) in 1985. All these led to a large growing income for the company. The company’s name was changed in 1991 and had its headquarters moved to Minato, Tokyo in 1993. All over the years, a lot of subsidiaries were established by the company.

By 2006, the Konami Digital Entertainment (KDE) was established. The KDE comprised of all video game development divisions merged together. The company still continued establishing and developing a lot especially in the gaming industry. As of 2019, the company had a total of 10, 454 employees to its name. The headquarters was later moved early 2020 to Ginza district, Tokyo. It houses a facility for esports events and training esports players.

The Konami company has developed many game series that can be played by anyone and everyone. These games are available on mobile devices like smartphones, laptops, etc. They have been developed adding up new storylines and more features to each game.

In addition, the games do not stop at one, as the developers come up with new episodes. As a gaming company, it is essential to give out new game stories for the sake of longevity. Konami has kept this vibe for all their game series.

Hedio Kojima “the brain behind metal gears” created the first game in the series in 1987. He developed the game from playing “Hide and Seek” and “Kick the Can” as a child. Metal Gear Solid is a series of stealth based action video game.

In the series, the player (Solid Snake or Big Boss) controls a Special Forces Operative on a military mission. He has various real life weapons to fight with. The player sneaks around maps fighting the enemy soldiers and their bosses with superpowers. This leads him to face off a super weapon 'Metal Gear.” Metal Gear is a gigantic bi-pedal walking tank with nuclear capabilities. After battling the super weapon, the player then faces the main enemy in the game and was a major hit when it launched on the original PlayStation.

The games have lengthy cut scenes with an amazing storyline for players. It talks about politics, warfare, science, philosophical thinking on Artificial Intelligence and other elements. There are also unrealistic elements for more fun like ghosts, characters in walking on water and floating in the air. It is an interesting piece for players.

The games are set in a fictional American resort town, Silent Hill, Maine. The few ones that are not physically set there have one history or the other with the town. The games in the series have got a large cast of characters. The characters are known as 'everyman” and each series have different plots with multiple endings. These characters are always either searching for something or someone missing in the town or wandering there mistakenly.

The Silent Hill games are made for older audiences from 17 years and above. This is because of the adult content that is violent, scary and disturbing in nature. The games have gory graphic content and focus on the dark side of humanity. A lot of imagery and symbolism are used to portray this, making it more psychological.

The Castlevania series first started on September 26, 1986, by Konami. The video games are horror—themed packed with action—adventure. The gothic horror storyline makes the games acceptable worldwide. It is about the Belmont family of vampire hunters who is to continually fight Count Dracula the Dark Lord. The main focus of the game is on Dracula who resurrects every 100 years. He has to be defeated so that his wrath will not be incurred on the whole earth.

The game is set in Dracula’s castle, Transylvania. Those Belmont warriors are always seen wielding a whip called 'vampire killer” on their way to kill Dracula. There are other featured monsters from horror fantasies and fictions that try to stop the warriors. Simon Belmont is a noticeable Belmont warrior in this series. Some Castlevania game series are produced in limited quantity thereby making them very rare for the public.

The game series have been made into other media like comic books, animation series, etc. There are a lot of games in this series, but we have chosen some of them: Castlevania, Vampire Killer, Castlevania II: Simon’s Quest, Castlevania III and IV, Castlevania: Lord of Shadows among others.

The Pro Evolution Soccer (PES) Series is one of the most popular game series all over the world. The game was first launched in 1995. It is a simulation of the real soccer so it emulates everything done in the soccer federation. From leagues to playing quick matches to other things done in real soccer. Everything is here in this game.

Konami established this game in 1995 and has since then had so many installments. In the game, the Masters League Mode makes users able to control team selection. The users can also edit to fit players or team into personal preferences or how they want it to be. The PES Series makes users control players and teams the way they want. This series has gained a lot of ground in the gaming world. It is the first on the list when it comes to soccer games worldwide.

The Konami Slots were released to the public on the 23rd of December, 2015. It is an online casino game that gives you the experience of a real Las Vegas Casino.

The Konami Slots is a game with many slot machines based on real life casino games. The game has got amazing feature graphics which makes you feel like you are in a live casino. As a player you can make the selection of original themed machine so the game is fresh and interesting for you.

The game has top casino games all the way from casinos in Las Vegas. With the game comes many bonuses, benefits and VIP status to play your way into. There is the daily bonus wheel to spin, jackpots to take and bonus games to play. The game keeps updating with new content every time.

Multi—instance manager and Multi—instance sync are available in the game. The first helps to play in one window and chat with friends in another using CTRL + Shift + 8. The second helps to replicate what is done on the main instance to all other instances.

The Konami Slots is for those that are 18 and above. The game does not have a real money gambling and there are in-app purchases.

Where Can You Play the Konami Slots?​

Konami slots can be played at online casinos. I have confirmed this during a recent chat I had with the senior casino games reviewer at casimoose.ca Mr. Hunter Wilson where we spoke about the future of casino games and upcoming gaming technologies (keep an eye out for an upcoming article about this) The games are different from the slots which are available in the app. The best way to do it is to visit online casino comparison sites. Hunter assures that they review each casino for their games, licences, bonus terms and conditions apart from other factors.
Click to expand...


Silent Hill = the solution to all of the world's problems!

So uhhh... what is this for exactly?
T

I wondered the same thing.

Konami's quality seems to have gone down hill in recent years.
T

Ha-ha. Pretty much. The Silent Hill series (and Resident Evil series) is dog poop now because of the mundane, Hollywood, Action Horror type BS that is typical of today's media.

The ending to Silent Hill: Downpour was like re-watching Rebecca and Billy's goodbye.

"Oh, Murphy is a wanted felon, but oh, whatever. You can go!"

How... unsatisfactory?!
You must log in or register to reply here.