Is Solsworn just another name for Web 3.0 gaming? 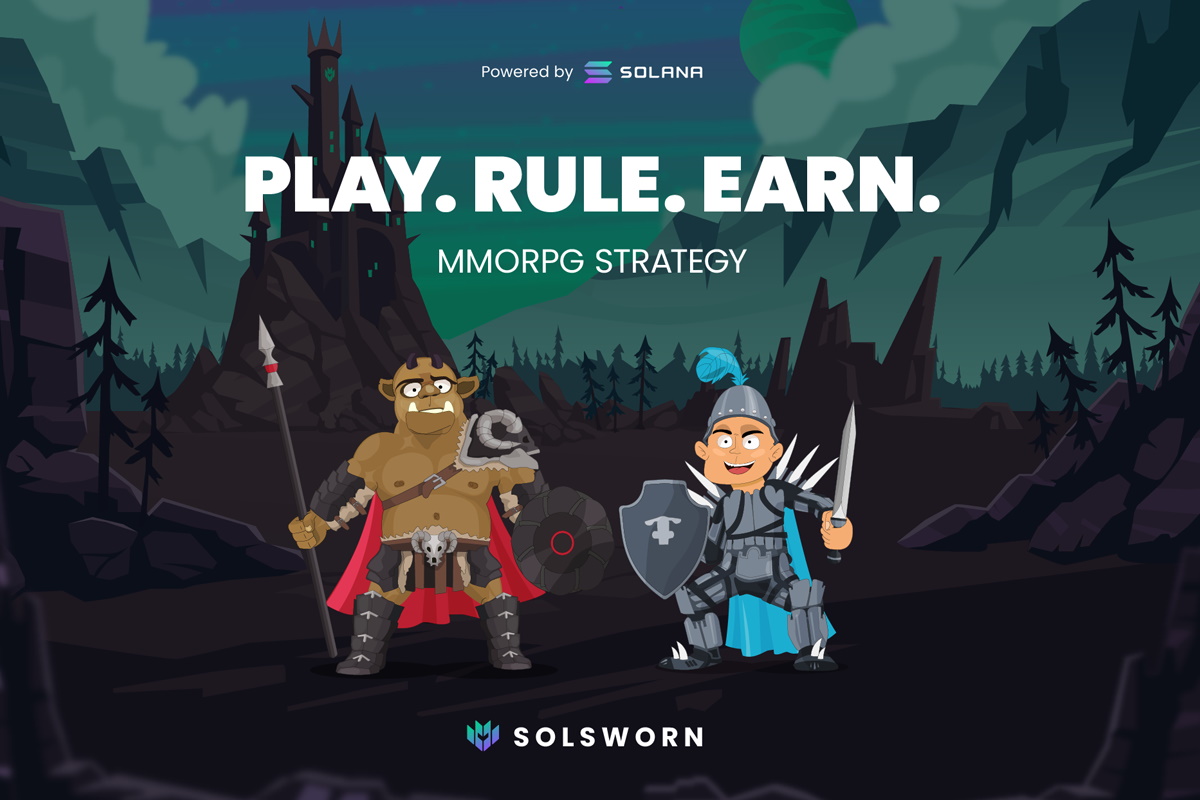 In the crypto NFT gaming space some startups are taking a different approach to jumpstarting their communities. Metagame is hosted on a Discord server where the community has the chance to interact with the developers as they participate in various fun activities leading up to the release of the game.

When we say Web 3.0 gaming, we think Solsworn. A revolutionary game that will tend to the needs of modern gamers. The ability to influence the game itself is not something new, but rather unexploited. Solsworn brings new features to the table, where you can not only influence the game itself but by playing it you can also earn money. The idea is to create a world where meatspace is not a big factor but rather a world where you can escape from your everyday worries and just relax, rule your kingdom, forge alliances, go to war and with all that, make money along the way. Solsworn Minted their first Solsworn NFTs collection: Knights and are soon to announce their next NFT collection: Orcs. This is no doubt a new model of gaming in which as you can see - players can make actual money based on how much time and effort they put into the game.

Solsworn currently offers participants to level up and earn metagame currency while weekly NFT giveaways only spice things up even more. Some of the community members wrote entire stories within the fantasy world of the upcoming game.

Weeks have gone by since The Emperor has spoken. Citizens of Solvenia mostly spend their time at home - armed and ready. The people are staying strong, but certainly not afraid! You can still find people singing and drinking in taverns. Along with them - gamblers, thieves, murders and many dark sorcerers waiting to exploit any soul in Solvenia. To prevent them from doing so, Solvenias provinces are protected by our Solworn Knights! Lands under their watchful eyes remain safe as they gain GLORY! Solsworn Knights are the bravest of the brave. As sometimes Knights do, they like to show off and fight between each other in The Drunken Goblin Tavern! Many swords have already crossed between these walls. The Drunken Goblin Tavern is where this story begins.
Click to expand...

Community lore contribution that was later turned into an animated story and teaser for Solsworn’s metagame. Watch it, below.

Solsworn is an upcoming persistent world NFT Strategy MMORPG built on Solana, where players can manage their province and lead their armies to victory through exploration, expansion and conquest across a fantasy world.

How will the game work?​

The Sol Emperor rules the Kingdom of Solvenia, where players will be appointed as protectors of one of the free provinces. Their duty will be to develop their province and ensure prosperity for their people. Solsworn Champion will help them govern and expand, manage citizens, construct buildings, gather resources and train armies. In a never ending struggle for power, players will meet other players, engage in trade with them, establish diplomatic ties and even forge alliances. But be wary of who you call a friend as you all compete for favor with the Sol Emperor. But the journey doesn’t end here. Players will embark on expeditions into the unexplored wild areas full of strange creatures, dangers and unspeakable riches. Venture further than anyone before and bring glory to the empire. Play your way through the strange lands, but as the mysteries unravel, a dark presence from the first age lingers in the east.

Solsworn will have a play to earn aspect based on its underlying cryptocurrency system.

$SWRN will be an SPL token used within the Solsworn game. Developers believe it is crucial to make sure $SWRN does not introduce a pay to win element to the game.

These are the core functions they plan to serve for $SWRN:

Each province can have a Solsworn act as its Champion. Every Solsworn is unique and has their own play-style as they bestow various bonuses, special abilities, unlock spells and more according to their various traits. The active Solsworn Champion can also be swapped once per week. Certain Solsworn Champions might be desirable early in the season, some during war time and others to complement fellow allies’ strategies.

Players province is a part of the large Kingdom of Solvenia where they will be appointed Governor by the Emissary of the Sol Emperor. Players will have the ability to decide if they would rather stay safe near the Capital and engage in politics, trade and diplomacy with their neighbours or send expeditions to seek treasures and opportunities outside of the Kingdom’s borders. They will also be able to bid for additional land on the outskirts of the empire in order to expand their grasp. Build outposts outside the comfort and safety of their home province to gather valuable and rare resources or to fortify their strategic positions, but should be wary of what lurks in the shadows. Wild Areas provide access to exclusive land outside the Kingdoms borders. Every Wild Area NFT will grant players access to more valuable resources and provide a strategic advantage. In-game value will drive its value on the open market on Solana.

Solsworn is scheduled for alpha in Q1 2022 and the metagame is in progress. To learn more, visit their website.

Check out their dev insight, below.

This game looks very interesting. I do love a MMORPG and the fact that you get paid for playing, is a bonus! I've added it to my watch list.

I'm keeping an eye on this one. It sounds rather good, I will join their Discord when I'm on the desktop. Any idea when the release date is exactly?

News Can Arc 3.0 Re-Ignite the Flames of Destiny 2?

News How To Improve Your Streaming Setup for Gaming

News Another Round of Street Fighter Characters are Coming to Fortnite