Publisher 505 Games and developer Lab Zero Games will release a free update for Indivisible on April 2 across all platforms, which adds the “New Game+” and “Couch Co-Op” game modes, the companies announced.

Here is an overview of each mode, via Lab Zero Games:

New Game+ let’s you replay Indivisible with abilities, weapons, and incarnations acquired in your previously completed game. Right from the start, you’ll be able to access secret areas and take shortcuts that require advanced abilities. You’ll also have your full roster of friends fighting alongside you, because everyone should get the chance to help smash Lord Ravannavar’s face in!

Don’t think it’s going to be easy! We’ve made all the enemies tougher and added a number of twists along the way to keep you on your toes.

Oh, Ajna also has a brand new look inspired by the finale of the game. 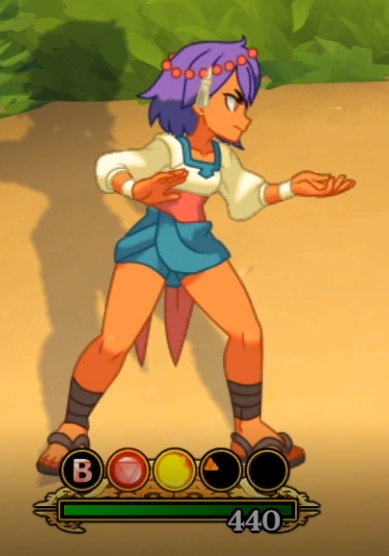 If you’ve previously completed the game, we will try to automatically detect your progress and add a “Game Clear / New Game+” button to your save game files. Some players may need to complete the final challenge of the game one more time. We’ve added a bonus track to the end credits by Indivisible composer Hiroki Kikuta as a reward! It’s a preview of the OST PLUS album that will include demos, outtakes, alternate versions, and ‘inspired by’ tracks from the Indivisible soundtrack that is being released by Scarlet Moon Records on April 21st.

Couch Co-Op allows you to play Indivisible with up to three additional local players! Plug in extra controllers and jump in and out of the game any time you aren’t in combat. Your friends will be able to run alongside Ajna (always Player 1) and use basic jumps to keep up while exploring. Additional players don’t have Ajna’s leaping and axe hang skills, but that’s okay. When they fall behind, they’ll be able to instantly teleport to Ajna’s position.

Once a fight starts, each player is in control of their incarnation and all of their attacks! There’s no fun like beating up on a Pindayar with your besties!

Look for the update across all platforms beginning on April 2nd.

How to Start New Game+

How to Start a Couch Co-Op Game

We are excited to announce that our next game update will include two new game modes! New Game+ and Couch Co-Op will be arriving on all platforms for FREE on April 2nd. New Game+ let’s you replay Indivisible with abilities, weapons and incarnations acquired in your previously completed game...

indivisiblegame.com
You must log in or register to reply here.

Heroes of the Storm: All characters are free to play until April 2 alongside StarCraft 2's co-op commanders
Mar 23, 2020 by Nat