How well did E3 do on LGBT+ representations with it being Pride Month?

How well did E3 do on LGBT+ representations with it being Pride Month? I am really interested to know if there were trailers tied into or based around Pride Month at E3 this year?

What from I watched/kept in touch with, I'm not sure if there were any LGBT+ representations. Hopefully, if there was one, it was a natural inclusion and not some forced thing to try and get some brownie points.

ehhh, I get its pride month but E3 isn't here to represent this life issue. Though I think it was last year that a game or two had some LGBT in it.

Forced inclusion and forcing it on others won't go well for the gaming industry. People are waking up and not interested in forced inclusion. Not sure how E3 is in terms of data on that news. I hope that it's not something we would face any negative news on. That would be bad for E3 and gaming in general. 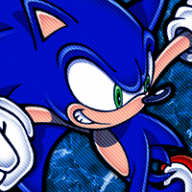 My view is rather in the middle. While, on one hand, I don't like forced stuff, I feel like the other side is being purposely intolerant - as in being an arse.

Anyway, I suppose the best solution, as I mentioned in another thread - is if everyone could just lighten up with the identity politics! However, though, this sort of conflict is expected - as stuff that is forced - brings on an equally intolerant reaction.

Well, anyhow, the market is the final decider. If people feel like stuff is too "preachy", then I suppose they'll quit buying it - but people might be more open-minded than you think!