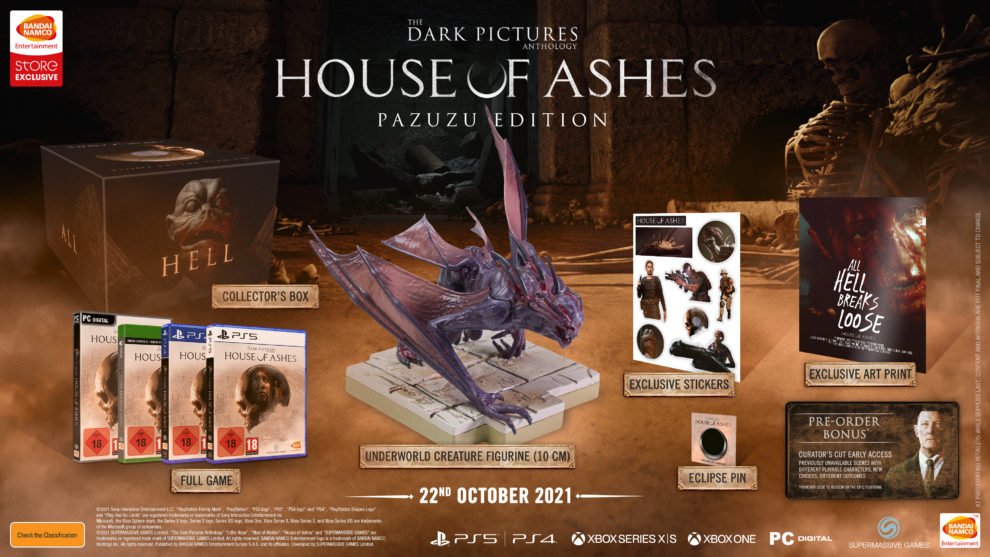 The Dark Pictures House of Ashes release date has been set for October alongside a Pazuzu Edition announced by Supermassive Games at Summer Game Fest.

The third entry in the horror anthology can be expected from 22 October on PC and consoles.

Supermassive detailed a special Pazuzu Collector’s Edition, priced at €59.99, which will include the full game, a 10-centimeter Underworld Creature figurine, a collector’s box with an image of the Pazuzu statue as encountered in the game, an exclusive art print and stickers, and a pin that depicts an eclipsing moon.

Those who pre-order the title or its Pazuzu Edition will gain launch day access to The Curator’s Cut which offers “previously unavailable scenes with different playable characters and outcomes.”

Supermassive’s Will Doyle said the title drew “inspiration from films such as Aliens, Predator and The Descent.”

The Dark Pictures House of Ashes will be available on PS4, PS5, Xbox One, Xbox Series X, Xbox Series S and Windows PC from 22 October 2021.

It has a pretty good collectors edition, not that I spend my money on it but should be good for fans of the series.
You must log in or register to reply here.

Dark Pictures Anthology House of Ashes is the third and final instalment
Nov 2, 2020 by Alex Wright