Developed by Sucker Punch, already known for the slick-to-navigate open worlds it created for the Sly Raccoon and InFamous series, Ghost gives you the whole island of Tsushima to explore while you attempt to repel a brutal Mongol invasion, based on real-life events.

If you’re not a history buff, fear not: this is far from a dry lesson. Sucker Punch is dedicated to bringing the drama of an epic samurai movie to the game, with the team citing the likes of Akira Kurosawa as inspiration. Shigeru Umebayashi is on the team as a composer – if you don’t recognize his name, you may well know the scores for House Of Flying Daggers, Yumeji, and Fearless. He’s a master of Asian cinema soundtracks, and the game sounds great.
Click to expand...

Again nodding to realism, you explore the island’s lush environments without the help of waypoints, choosing where to explore next using landmarks and your knowledge of the world. Sucker Punch is no stranger to creating open worlds, but the fairly minimalist nature of the environments is a bit of a departure for the developer. Time in the story will pass as you explore, with titles telling you how much time it’s been since the invasion began.

Exploration might be pretty free and easy, but once you reach groups of enemies things become much more focused. Clashes are swift and decisive, whether you choose to tackle a situation head-on like a samurai or sneakily like a ghost. Quick iaijutsu strikes with your sheathed sword can spill enemy blood. Likewise, you can use a grappling hook to sneak through enemy camps unseen, dropping down to attack people or sneaking up on them from behind (even stabbing them through closed folding screens). Jin also has his gadgets: sticky bombs and fire arrows that can help him spread disarray through an enemy camp.
Click to expand...

Just as the way the world unfolds depends on what you want to do, so does the story – to a point. As you wage your one-man war on the Mongols you ally with several characters, and how you decide to deal with situations can determine the strength of your bonds. Shimura’s none too impressed with your spectral approach. Makoto, an expert archer and just as handy with a sword, can be one of your best allies, helping to spread the legend that you’re a vengeful ghost, but if she disagrees with your actions you may end up crossing swords.

So far the plot looks tense and gripping, with some fantastic tech behind the cutscenes (we’ve been especially impressed with the blood splatter – Ghost is going to be a grimy game in the best of ways). As he’s torn between his upbringing as an honorable samurai and the guerilla warfare approach of the Way Of The Ghost, Jin’s experience is going to be reflected in more than different skill trees. A real conflict goes on inside his heart over the course of the game as he struggles with doing what is right for the people of his island, and what it means to be their protector.
Click to expand... 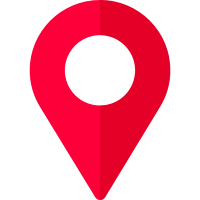 gfycat.com
You must log in or register to reply here.

Ghost of Tsushima gets "The Super Trendy Game Awards 2020" from Japanese game developers
Dec 22, 2020 by Miles