Eurogamer: As Fallout strays further from its roots, The Outer Worlds looks to fill the void

"Nuclear Winter is a battle royale born from the Fallout universe, from power armour to perk cards, from CAMP building to wasteland creatures, and of course my personal favourite, nukes," he continued, before finishing the sentence with a flourish of his hands to outline the shape of an explosion.

If you'd heard those words from the mouth of a Fallout developer back in 1997, chances are you'd be pretty darn confused. For one thing, battle royale - one of the most commercially successful game genres we've seen in years - didn't yet exist, not even in book or film form. Meanwhile, presenting nukes as an amusing and trivial thing in a Fallout game? Surely not.

While Bethesda has given a lore explanation for the battle royale, and while some will find the mode enjoyable, it can't be denied that Fallout has strayed pretty far from its roots. Instead of using dark satire to prod at big government, weapons of mass destruction and consumerism, Fallout now seems to be about following commercial trends and using nukes as a fun marketing device.

As for my impressions of the game so far? Even from the hands-off demo, it's clear this game is packed with brilliant dialogue, snarky humour, vibrant environments and stellar writing. The quest shown was literally laugh-a-minute, and I was impressed at how it kept me totally engrossed for the entire demo. It's also refreshing to hear a major developer talk openly about social commentary in their games, at a time when so many studios are distancing themselves from the idea. And, ultimately, that dark satire is what's going to make the narrative really sing.

Turns out I'd been yearning for another first-person RPG with wacky quests for far longer than I'd realised. Fallout New Vegas always had an uncanny ability to predict the player's wishes while providing plenty of surprises, and it looks like The Outer Worlds is going to deliver this in spades. Or in space, rather.
Click to expand... 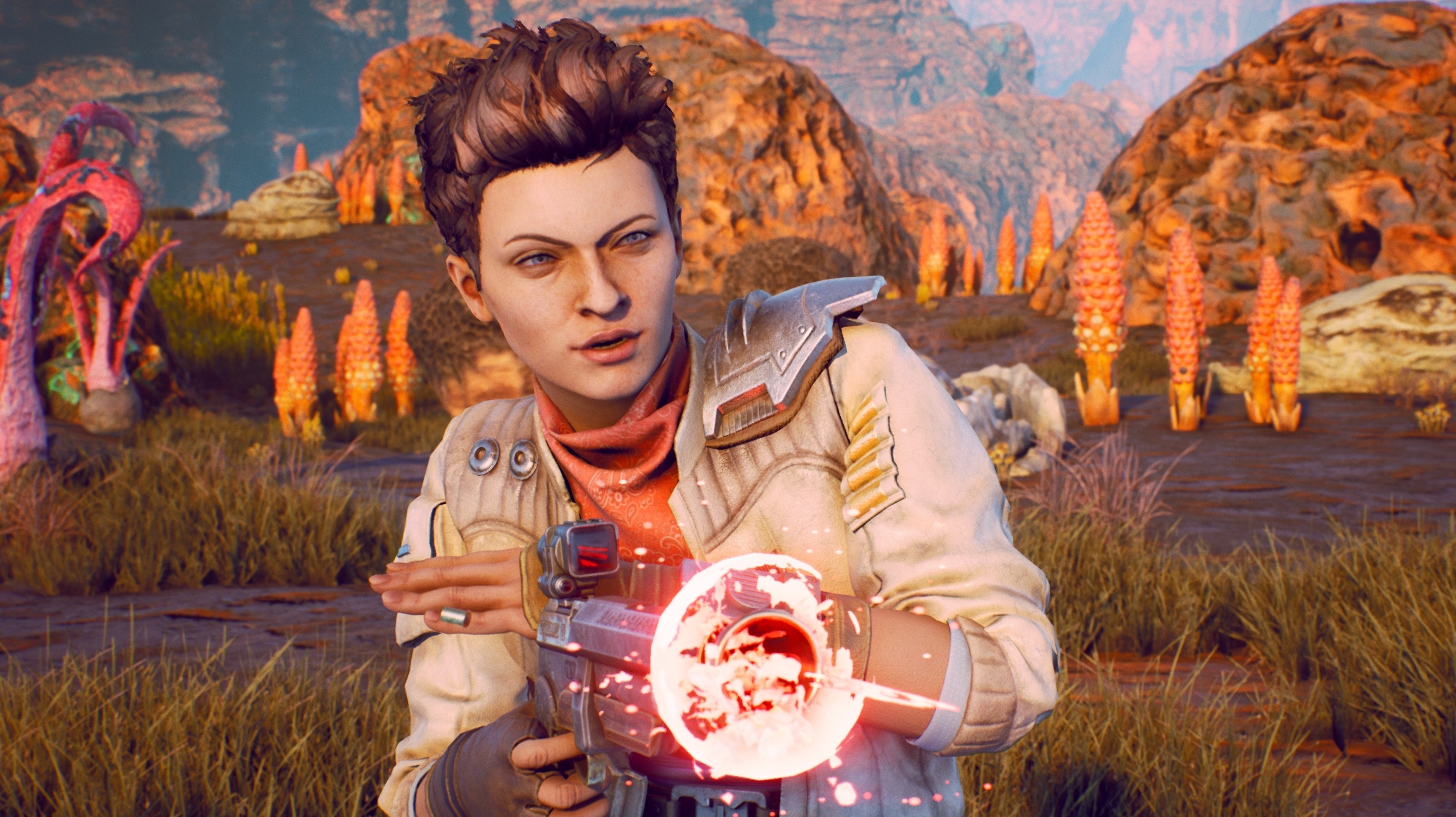 As Fallout strays further from its roots, The Outer Worlds looks to fill the void

www.eurogamer.net
You must log in or register to reply here.

Noclip: The Outer Worlds: From Concept to Creation Documentary
Apr 9, 2020 by Maddox