After several months of hard work and exploring different options to fund the development of Enchanted Portals, we have ultimately decided to relaunch the Kickstarter campaign as we believe it would grant us more control over the project. To that end, we have created a new extended trailer in which we show some of the changes and new additions we’ve made to the game and a lot of you have been suggesting:
We’re really excited to finally take this huge step forward in the development of Enchanted Portals, we hope you enjoy the new trailer and we thank you from the bottom of our hearts for your ongoing support!
Click to expand...

Enchanted Portals is a cooperative 2D platformer made by Xixo Games Studio, a Spanish studio of two people.

We're both avid fans of Cuphead and wanted to make a similar game, but always from a place of love, respect and admiration for the original.

Coming for PC, Switch and PS4.
Click to expand... 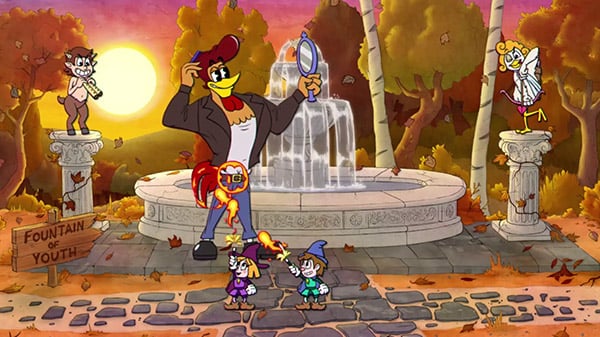 Xixo Game Studio will return to its original plan to launch a Kickstarter campaign for Cuphead-like 2D platformer Enchanted Portals, the developer announced. In addition to the previously planned…

Plot of the Druid Live on Kickstarter!
Jun 29, 2021 jf_by Adventure4Life