Elden Ring PvP is being ruined by Deathblight builds 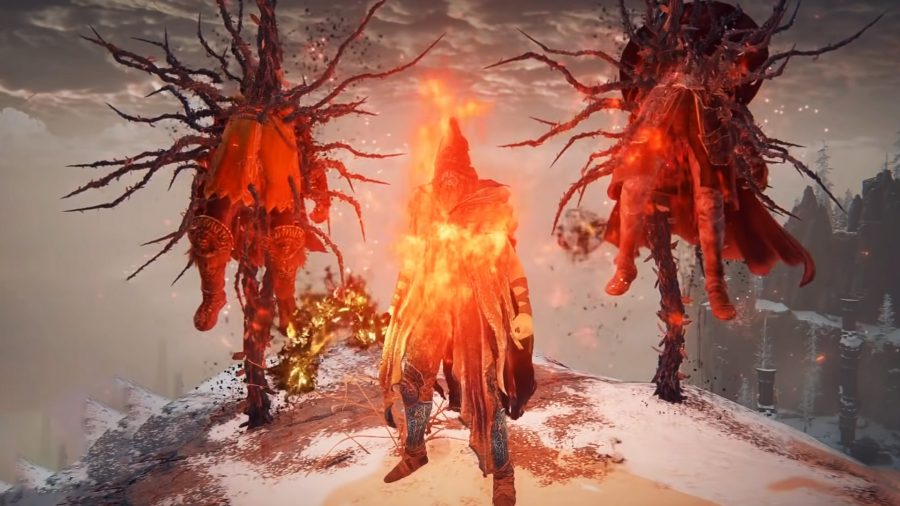 Elden Ring's PvP has been shattered by players who have devised an almost invincible build. These gamers can continually load a debuff on foes that instantly kills them, and what's more, if done right, it may lock you in animations so you never die unless you force leave the game.

The Eclipse Shotel weapon and the Fire's Deadly Sin incantation are two strong items used by those who use the 'Deathblight' build. Death Flare is an Ash of War move used by the Eclipse Shotel that causes foes to die. The death illness seems to be a regular poison metre that fills up over time, but once it does, it kills you instantaneously with a terrible animation in which your character is impaled by thorns. Non-PvP players are likely to have faced this with PvE adversaries such as basilisks.

Combining the Eclipse Shotel's Death Flare attack with the Fire's Deadly Sin spell—which ordinarily sets you on fire—creates a constant death AoE for as long as the Incantation lasts, which is probably accidental. Players just need to stand near adversaries to quickly inflict Deathblight in this stage.

Related news: Elden Ring players have reportedly been found blowing themselves up to score PvP kills.

As a result of this nefarious mix, a slew of gamers have invaded other people's worlds, chasing them down till they perish with no redress. TeenyTinyWyvern, a Reddit user, shared a video in which they get hit by this move and the opposing players repeatedly combo it into a backstab animation for over a minute. The only way out, according to Teeny, was for them to cease doing it or for the game to end.

The build reportedly works with Bleed and Frostbite, as well as friendly summons. Nothing about it appears to be equitable, and it's unclear whether FromSoftware is aware of the flaw. The build has been available since the game's release date. If you intend on PvPing, be aware that you may come across someone who is doing so and be forced to accept defeat or ALT-F4 your game.

Dude last night I was playing Elden ring and I saw a group of 2 people use this. They chased someone down then went after me and started T-Bagging me. I had no clue what it was and thought it was some sorta incantation I missed lol. Thanks for shedding light on it! Hopefully everyone is having a good day and staying safe from those people.
You must log in or register to reply here.

Elden Ring players score PvP kills by blowing themselves up
Mar 16, 2022 by Tek