Destiny 2 Season of the Worthy detailed by Bungie 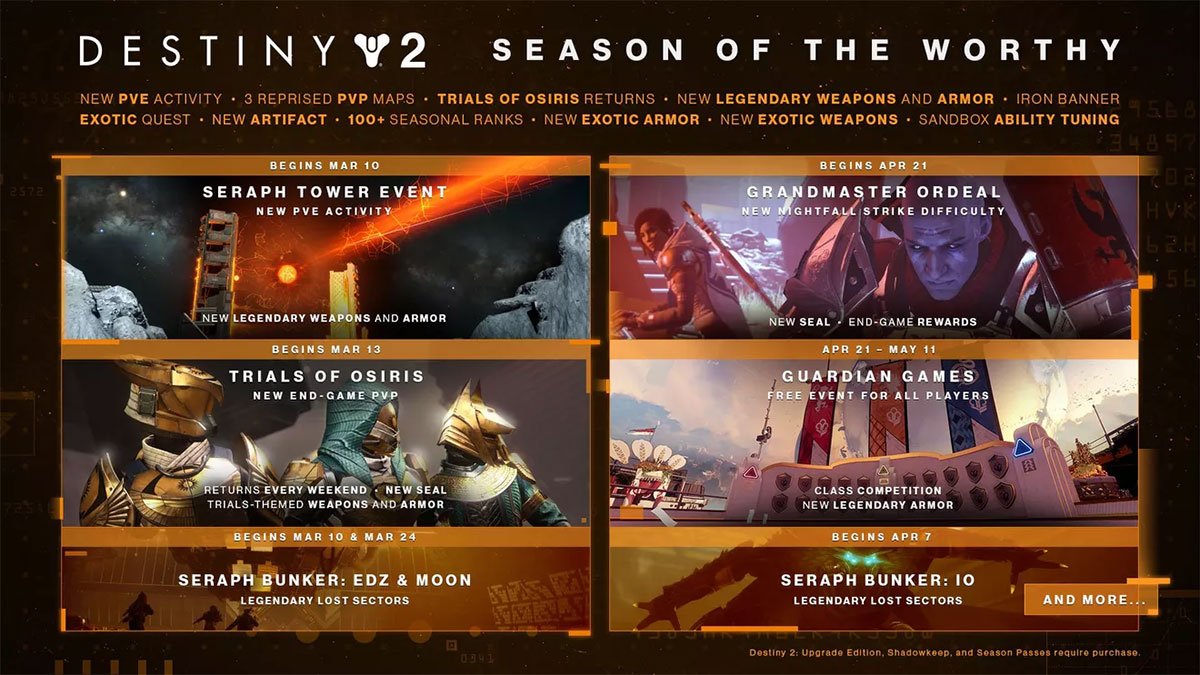 Destiny 2 Season of the Worthy has been detailed by Bungie today, with information on when to expect new events and chances to earn Exotic weaponry.

A Seraph Tower event will commence on March 10 along with the Season, offering the opportunity to earn new Legendary weapons and armour. New Seraph Bunkers or Legendary Lost Sectors will also begin on that same day.

Trials of Osiris will follow on March 13 and will take place each weekend of the Season which offers Trials-themed gear.

A third Seraph Bunker will open up on April 7, followed by the new Grandmaster difficulty Nightfall setting from April 21. The last scheduled event will take place over April 21 and May 11; called the Guardian Games and described as a “class competition”.

The Tommy’s Matchbook is an Exotic Auto Rifle coming as part of the Season Pass along with The Fourth Horseman Exotic Shotgun at some point in the game.

Bungie has planned to remove Bright Engrams from the game as part of its next Season.

Destiny 2 is available on PS4, Xbox One and Windows PC. Season of the Worthy begins on March 10.

Is this an expansion? I own the base Destiny 2 and it's pretty cool now that it moved to Steam and went f2p.

I still have the base game that was given free on PSN which I need to beat. I just need people to play with.

The first Destiny was awesome. I had it for the PS3 and am level like 28.

News Can Arc 3.0 Re-Ignite the Flames of Destiny 2?