Destiny 2: Empyrean Foundation event likely to be Trials of Osiris 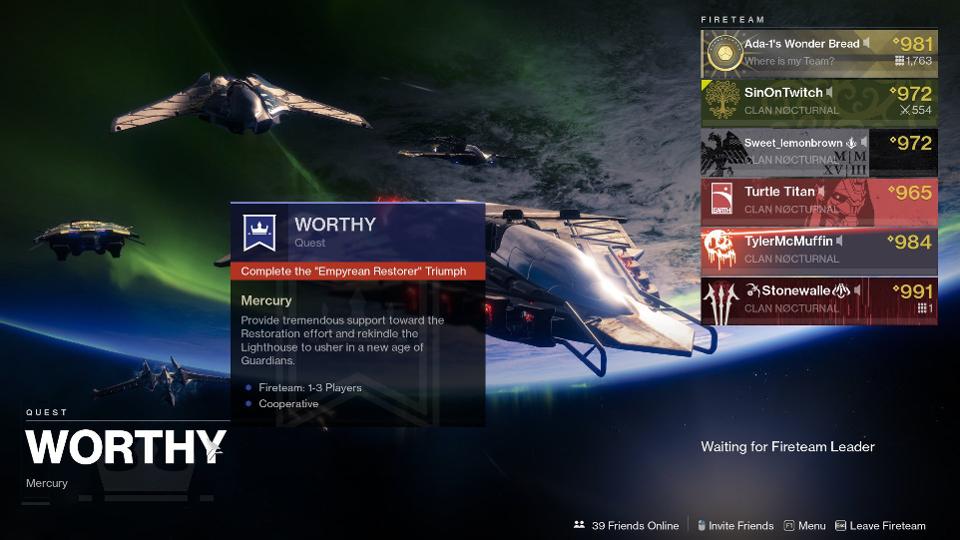 The Destiny 2 Empyrean Foundation event will likely bring back the PvP-focused Trials of Osiris which is scheduled for next week.

A new quest called Worthy (shown on Twitter’s SinTrigger) accidentally became available to several Destiny 2 players in-game. However, it was only the launch screen that was available but the quest itself couldn't be launched.

“Provide tremendous support toward the Restoration effort and rekindle the Lighthouse to usher in a new age of Guardians."
Click to expand...

The Lighthouse used to be an area that provided rewards to undefeated Trials of Osiris players who received 9 out of 9 wins in the highly competitive PvP mode — before acting as another hub area in the early years of Destiny 2.

Players have been lead to believe Destiny 2‘s next season will be called Season of the Worthy, offering a new title of Worthy to those who complete necessary Triumphs. Season of Dawn ends in March, and it’s likely we’ll see Trials of Osiris return in the season that follows.

Destiny 2 is available on PS4, Xbox One and Windows PC.
Click to expand...