Demon Slayer: Kimetsu no Yaiba Manga's Story Reaches 'Climax' With Next Chapter on May 11

Gotouge launched Demon Slayer: Kimetsu no Yaiba in Weekly Shonen Jump in February 2016. Shueisha Shueisha will publish the 20th volume on May 13. The 21st and 22nd Weekly Shonen Jump issue also announced on Monday that similarly with the upcoming 20th volume, the 21st, 22nd, and 23rd volumes will all have special versions that will bundle merchandise.

Since ancient times, rumors have abounded of man-eating demons lurking in the woods. Because of this, the local townsfolk never venture outside at night. Legend has it that a demon slayer also roams the night, hunting down these bloodthirsty demons. For young Tanjiro, these rumors will soon to become his harsh reality…
Ever since the death of his father, Tanjiro has taken it upon himself to support his family. Although their lives may be hardened by tragedy, they've found happiness. But that ephemeral warmth is shattered one day when Tanjiro finds is family slaughtered and the lone survivor, his sister Nezuko, turned into a demon. To his surprise, however, Nezuko still shows signs of human emotion and thought… Thus begins Tanjiro's request to fight demons and turn his sister human again.
Click to expand...

The manga inspired a 26-episode television anime that premiered in April 2019. Aniplex of America has licensed the series and is streaming the show on Hulu, Crunchyroll, and FunimationNow. Adult Swim's Toonami programming block premiered the television anime last October. The anime will receive a sequel anime film that will open in Japan on October 16.

The manga has also inspired two novels, a stage play, and upcoming smartphone and PlayStation 4 games.
Click to expand... 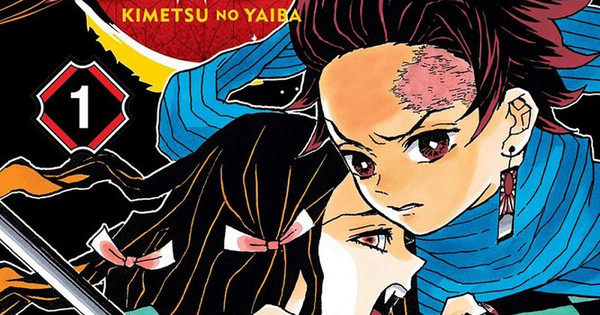 Demon Slayer: Kimetsu no Yaiba Manga's Story Reaches 'Climax' With Next Chapter on May 11

www.animenewsnetwork.com
You must log in or register to reply here.