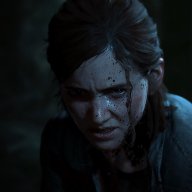 When comparing Cyberpunk 2077 to CD Projekt RED's earlier success, The Witcher 3: Wild Hunt, it's easy to see how the latter trumps the former's immersion. It's a shame since the developer touted this to be a much deeper role-playing experience and even “that one last, big, exceptional looking title” for previous-gen hardware. But what if we compare it to Red Dead Redemption 2, the current benchmark in open world immersion, regardless of console generation?

I'm not that surprised. Rockstar have been making award-winning open world titles for years now. No one will ever come close to them

This didn't come as a surprise to me, but I ask why we need GTA 6 when we have Rockstar. The fact that GTA 5 still holds up to Cyberpunk 2077 over seven years after its release convinces me that quality is better than quantity.

Though I don't like Rockstar's online money making ideas, I just hope they never go the bad game push out path.

Demon_skeith said:
Though I don't like Rockstar's online money making ideas, I just hope they never go the bad game push out path.
Click to expand...

Red Dead is the one game that has suffered the most imo but GTA Online is still pretty good even with the microtransactions. You can literally make millions per hour now with the new heist. It's not too bad for players that don't want to spend any money. 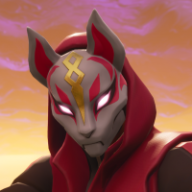 CDPR should have listened to their developers and shouldn't release the game when it wasn't completely ready.

raphael said:
CDPR should have listened to their developers and shouldn't release the game when it wasn't completely ready.
Click to expand...

Definitely. It seems that they still haven't learned their lesson because they're busy arguing with people on Twitter.

Ash said:
Definitely. It seems that they still haven't learned their lesson because they're busy arguing with people on Twitter.
Click to expand...

It seems they have now realized that the game has lots of issues which is why few days back we saw cyberpunk 2077 co-founder apologized for the troubled launch of the game. Also, CDPR have now decided to take care of the bugs first before releasing the DLC so they are taking the critics seriously and it seems they are trying their best to get rid of all the bugs and glitches which is the main concern for the players at the moment.

I used to have the version of that with zombies, but I never really played it.

Cyberpunk 2077 save data over 8MB may become permanently corrupt