Coronavirus to spread through talking but face masks are to help

It’s possible that the new coronavirus can spread from person to person simply by talking, or even breathing, according to new guidance from the National Academies of Sciences, Engineering and Medicine.

The limited studies examined by a National Academies committee on emerging infectious diseases suggest that people who are infected with the novel virus may exhale infectious “bioaerosols” — although if they do, it’s not clear whether the amount would be enough to make another person sick.

“The results of available studies are consistent with aerosolization of virus from normal breathing,” the head of the committee, Dr. Harvey Fineberg, wrote in a letter to to Kelvin K. Droegemeier, the director of the White House Office of Science and Technology Policy.

The letter was drafted to answer a question posed by Droegemeier: Can the virus responsible for COVID-19 spread through conversation?

To formulate an answer, the committee considered a study posted last week by a team from the University of Nebraska Medical Center. Researchers there collected air samples from 11 isolation rooms where COVID-19 patients were treated. They also looked for evidence of the virus on surfaces.

The researchers found viral RNA in air that was captured more than six feet from patients. They also found it in air from the hallway outside patient rooms, according to the study.

Notably, the researchers said none of the patients were seen coughing while air samples were being taken.

“You don’t have to be hacking, coughing ... in order to be producing a particle that at least has viral RNA in it,” study leader Joshua Santarpia, a professor of pathology and microbiology at the University of Nebraska Medical Center, said in an interview.

The study was published on a website for time-sensitive medical research and has not been through the traditional peer-review process.

In summarizing the findings, Fineberg wrote: “While this research indicates that viral particles can be spread via bioaerosols, the authors stated that finding infectious virus has proved elusive.”

He added that the Nebraska team is conducting additional experiments to see whether the amount of virus in their air samples is dangerous.

Dr. George Rutherford, epidemiologist and infectious diseases expert at UC San Francisco, said he wasn’t surprised that the virus could spread by breathing and talking.

“Think of what your breath looks like when you go to Mammoth Mountain and you can see it — those are respiratory droplets,” he said. “Of course, you can get it while you’re talking to somebody. If you’re within six feet, you’re at some risk for that.”

Infected droplets can also spread in the air by singing, Rutherford said, citing the case of a choir practice in Washington state last month. A total of 45 people who attended that practice were diagnosed with COVID-19; two have died and at least three have been hospitalized.

The National Academies letter also highlighted a study, which was published Friday as a brief communication in the journal Nature Medicine, that suggests surgical masks can help keep an infected person from transmitting the virus to others.
Click to expand... 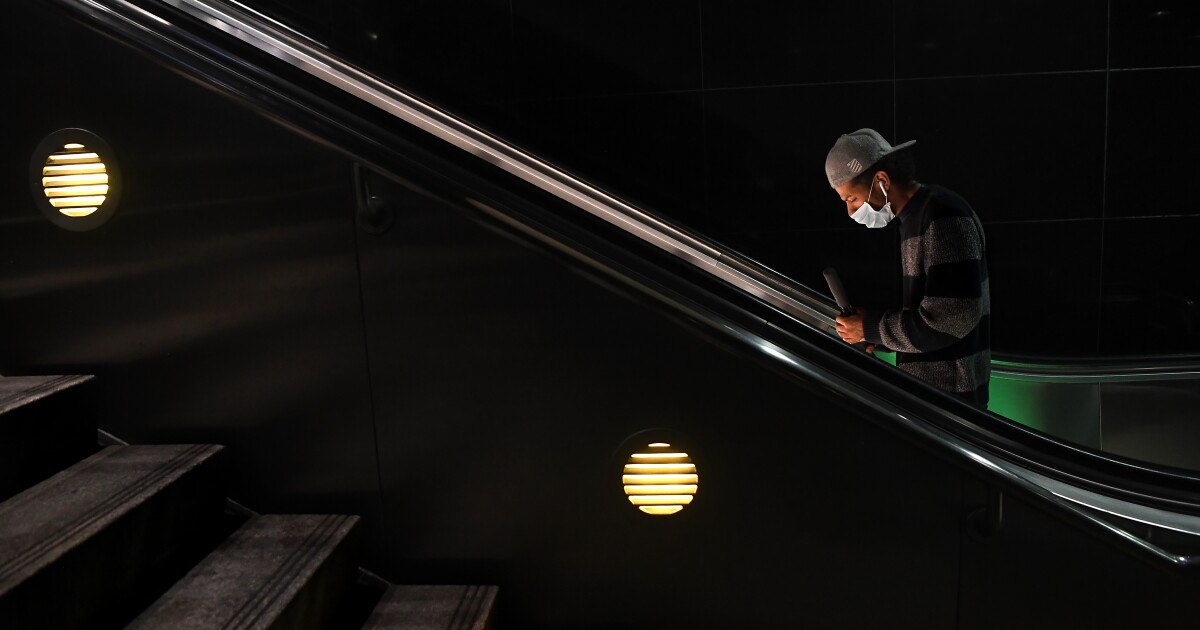 The new coronavirus might spread when people talk, but scientists say masks can help

It's possible that the new coronavirus can spread from person to person simply by talking, or even breathing, according to preliminary studies.

Boris Johnson admitted to hospital for precautionary as coronavirus continues to spread
Apr 5, 2020 by Maddox