CNN: U.S. ready to block Iran's requests for coronavirus aid from the IMF

(CNN)The Trump administration is seeking to block the International Monetary Fund from providing a $5 billion emergency loan to Iran for assistance in combating the coronavirus pandemic, according to three administration officials.

US officials believe the money would not actually go towards the country's public health crisis.

"The world's leading state sponsor of terrorism is seeking cash to fund its adventurism abroad, not to buy medicine for Iranians," a State Department spokesperson told CNN. "The regime's corrupt officials have a long history of diverting funds allocated for humanitarian goods into their own pockets and to their terrorist proxies."

Almost 4,000 Iranians have died as a result of Covid-19, and the country has reported 64,586 cases of the virus since it swept the country in February, according to Johns Hopkins statistics. Many experts believe the real statistics could be much higher.

The devastation in Iran is particularly intense because the country is already plagued by a weak economy, in part because of US sanctions, and a shortage of medical resources. The US decision to block the aid could create further friction with the European Union, which announced on March 23 that it will give Tehran 20 million Euros to combat coronavirus and will support its appeal for IMF aid.
Click to expand... 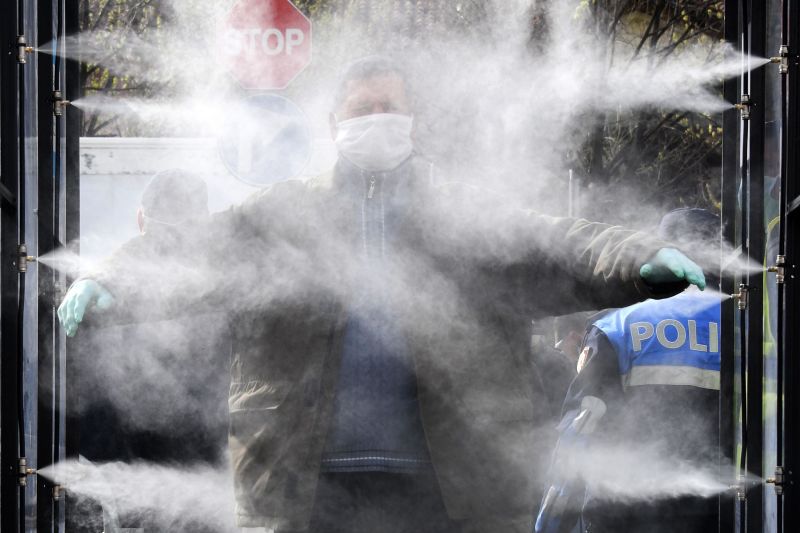 US ready to block Iran's requests for coronavirus aid from the IMF, officials say | CNN Politics

The Trump administration is seeking to block the International Monetary Fund from providing a $5 billion emergency loan to Iran for assistance in combating the coronavirus pandemic, according to three administration officials.

Trump: US Postal Service should raise its shipping prices by four times, will block coronavirus aid for USPS
Apr 24, 2020 by Ana

People traveling to Florida from all over the U.S. to celebrate New Year's amid coronavirus pandemic
Dec 31, 2020 by Nightrider