An internal Chinese report warns that Beijing faces a rising wave of hostility in the wake of the coronavirus outbreak that could tip relations with the United States into confrontation, people familiar with the paper told Reuters.

The report, presented early last month by the Ministry of State Security to top Beijing leaders including President Xi Jinping, concluded that global anti-China sentiment is at its highest since the 1989 Tiananmen Square crackdown, the sources said.

As a result, Beijing faces a wave of anti-China sentiment led by the United States in the aftermath of the pandemic and needs to be prepared in a worst-case scenario for armed confrontation between the two global powers, according to people familiar with the report’s content, who declined to be identified given the sensitivity of the matter.

The report was drawn up by the China Institutes of Contemporary International Relations (CICIR), a think tank affiliated with the Ministry of State Security, China’s top intelligence body.

Reuters has not seen the briefing paper, but it was described by people who had direct knowledge of its findings.

“I don’t have relevant information,” the Chinese foreign ministry spokesperson’s office said in a statement responding to questions from Reuters on the report.

China’s Ministry of State Security has no public contact details and could not be reached for comment.

CICIR, an influential think tank that until 1980 was within the Ministry of State Security and advises the Chinese government on foreign and security policy, did not reply to a request for comment.

Reuters couldn’t determine to what extent the stark assessment described in the paper reflects positions held by China’s state leaders, and to what extent, if at all, it would influence policy. But the presentation of the report shows how seriously Beijing takes the threat of a building backlash that could threaten what China sees as its strategic investments overseas and its view of its security standing.

The report described to Reuters warned that anti-China sentiment sparked by the coronavirus could fuel resistance to China’s Belt and Road infrastructure investment projects, and that Washington could step up financial and military support for regional allies, making the security situation in Asia more volatile.

Three decades ago, in the aftermath of Tiananmen, the United States and many Western governments imposed sanctions against China including banning or restricting arms sales and technology transfers.
Click to expand... 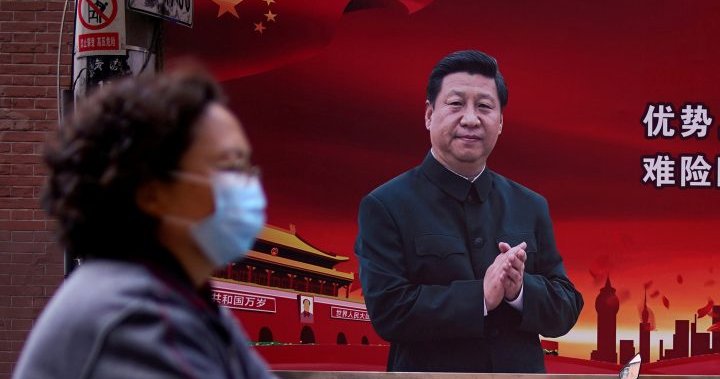 The report, presented to top Beijing leaders including President Xi Jinping, concluded that global anti-China sentiment is at its highest since the 1989 Tiananmen Square crackdown.

CDC director warns 2nd wave of coronavirus could be worse than current outbreak
Apr 22, 2020 by Ana

Trudeau warns U.S. over restricting the trade of essential goods into Canada
Apr 3, 2020 by Maddox