GENEVA, April 2, 2020
China was appointed on Wednesday to a United Nations Human Rights Council panel where it will play a key role in picking the world body’s human rights investigators — including global monitors on freedom of speech, health, enforced disappearances, and arbitrary detention — in a move that has sparked protest by international human rights activists.

“Allowing China’s oppressive and inhumane regime to choose the world investigators on freedom of speech, arbitrary detention and enforced disappearances is like making a pyromaniac into the town fire chief,” said Hillel Neuer, executive director of UN Watch, a non-governmental human rights organization based in Geneva that closely monitors the 47-nation UN Human Rights Council, and a leader in speaking out at the UN for victims in China.

China will help vet candidates for the critical UN human rights posts — serving as Chair of the interview processes for at least five of the mandates — and help decide whom to recommend for appointment. In most cases, the council president appoints the experts selected by the 5-nation panel.
Click to expand... 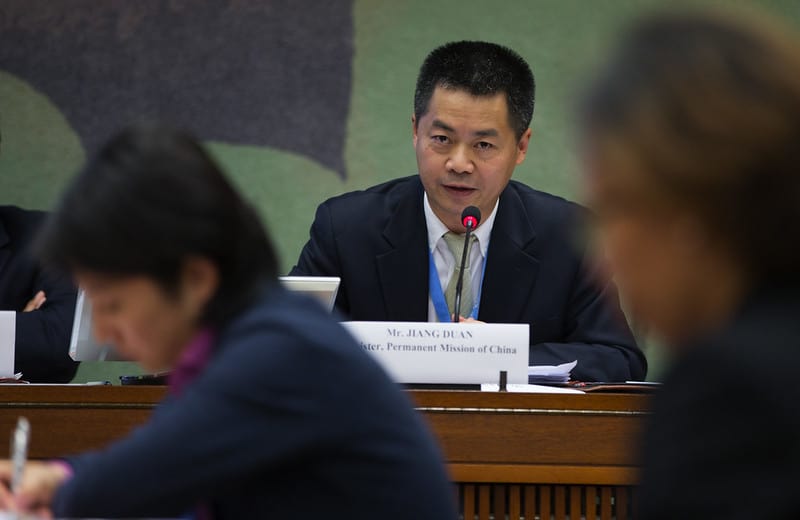 Mr. Jiang Duan, who holds the rank of Minister at China’s mission to the UN Human Rights Council in Geneva, will play a key role in selecting the world body’s monitors on health, freedom of speech, arbitrary detention and enforced disappearances. GENEVA, April 2, 2020 — China was appointed on...
unwatch.org
You must log in or register to reply here.