A Brooklyn man claiming to be infected with the coronavirus coughed on FBI agents who were investigating him for hoarding medical supplies, the US Attorney’s Office said Monday.

Baruch Feldheim, 43, is facing charges of assault and making false statements to the feds on Sunday outside his Borough Park home where he allegedly peddled and stored massive amounts of N95 respirator masks, federal officials said.

Feldheim is also accused of price-gouging. On March 18, he’s suspected of selling a New Jersey doctor about 1,000 of the masks for $12,000, a markup of roughly 700 percent, authorities said.

The accused fraudster also directed another doctor to an Irvington, NJ, auto repair shop to pick up another order. There, the doctor reported to investigators that Feldheim was allegedly hoarding enough medical supplies “to outfit an entire hospital.”

By last Monday, Feldheim was operating from his Brooklyn home, offering to push surgical gowns to a nurse, the feds said.

Two days later, the suspected hoarder received a gigantic shipment at his home of about eight pallets of face masks.

FBI agents then staked out his house, first noticing empty boxes of N95 masks outside.

On Sunday, they said they witnessed “multiple instances” of people approaching Feldheim’s residence and walking away with what appeared to be medical supplies.

The agents confronted Feldheim outside his house, keeping a safe social distance over coronavirus fears.

“When the agents were within four to five feet of him, Feldheim allegedly coughed in their direction without covering his mouth,” the US attorney’s release said. “At that point, Feldheim told the FBI agents that that he had the Coronavirus,” the statement said.

Feldheim then allegedly lied to FBI agents regarding his possession and sale of medical supplies.

He falsely told the agents that he worked for a company that bought and sold PPE and that he never took physical custody of the materials.

Following Feldheim’s arrest, the FBI on Monday night raided a warehouse on Pennsylvania Avenue in an industrial section of Linden, NJ, that housed Feldhim’s suspected stash of 80,000 masks, a source said.

Mask-wearing agents and other workers placed the eight pallets of medical supplies into a box truck.
Click to expand... 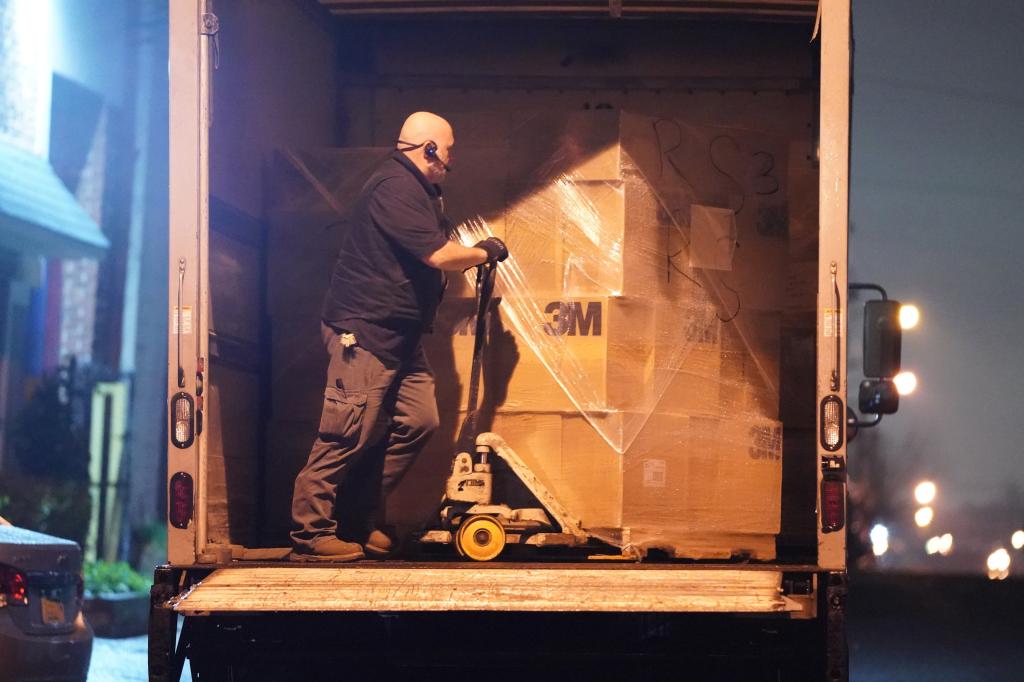 A Brooklyn man claiming to be infected with the coronavirus coughed on FBI agents who were investigating him for hoarding medical supplies, the US Attorney’s Office said Monday. Baruch Feldhe…