The campaign of Democratic presidential nominee Joe Biden has repeatedly insisted that journalists "rigorously vet" the claims of former Biden staffer Tara Reade, who says she was sexually harassed while working in Biden's Senate office and sexually assaulted by Biden himself in 1993. But Biden is refusing to allow public access to his senatorial archives, even though it may contain records that could shed light on Reade's accusations — and even as his own campaign operatives have themselves accessed the papers in the past year.
Click to expand...

But one thing the Biden campaign is not encouraging journalists to do is check Biden's senate archives for any records that could corroborate or undermine Reade's accusations. Those records — 1,875 boxes full — remain sealed within the special collections department at the University of Delaware's library. And the Biden campaign is ignoring calls to open them up.

But the campaign is itself curious about what is in those boxes, and has dispatched operatives on at least one occasion to rifle through them, Insider has learned. Andrea Boyle Tippett, a spokeswoman for the University of Delaware, confirmed to Insider that individuals from the campaign have accessed the collection since Biden announced his presidential campaign in the spring of 2019. She added that the University of Delaware's library closed in mid-March due to the coronavirus, and that no one from the Biden campaign has gone to the library since its closure.
Click to expand...

"Ted Kaufman took notes when I spoke with him," Reade told Insider. "He's now denying that we ever had the meeting, and I watched him take notes. Those notes would be in my personnel file, along with sick days or any kind of extra notes that I turn in," she said, adding that the archives might contain documentation of what she says was an effort to force her to resign after she came forward about the alleged harassment.

Kaufman, who has been meeting with Biden in recent days to discuss the campaign's transition plans, told Insider he has no recollection of Reade.

"She did not call me, she did not come to me, I would remember her if she had, and I do not remember her," he said. "Now remember, this is thirty years ago, and she was a very junior staffer from everything that other reporters have told me."
Click to expand...

Michael Crespin (director of the Carl Albert Center at the University of Oklahoma, which houses the archives of more than 60 former members of Congress) said it's standard for politicians to keep their records private, and he found nothing unusual about Biden's language to keep the records sealed. Even if a member did open their collection to the public, he said, they could still pick through it and take out what they want.
Click to expand...

In the past, Democrats have insisted that public access to official records is essential to evaluating someone's fitness for office. In September 2018, six Democratic members of the Senate Judiciary Committee filed a lawsuitagainst the National Archives and the CIA to force the release of records from then-Supreme Court nominee Brett Kavanaugh's tenure in the George W. Bush White House. They argued in the lawsuit that the records should be made public because they "relat[e] to a matter of widespread and exceptional media interest in which there exist possible questions about the government's integrity which affect public confidence."

A month earlier, all ten Democratic members of the Senate Judiciary Committee signed a letter to Chairman Chuck Grassley saying they "support the full public release of the documents and believe that the Senate cannot perform its constitutional role to provide advice and consent by hiding Judge Kavanaugh's White House record from public view."

"The Senate and American people should not be left in the dark," they wrote in the letter.
Click to expand...

Reade said that in addition to raising complaints internally within Biden's office, she also filed a formal sexual harassment complaint — without mentioning the alleged assault — with the Senate. Though she cannot recall which office within the Senate's bureaucracy she approached, she said she vividly remembers how she felt when she handed over the form detailing her allegations.

"I remember having the same feeling I did after Joe Biden sexually assaulted me," she told Insider. "My legs were shaking, my whole body was shaking, I was so nervous. When I handed [over] the form it felt like there was no turning back now, I was taking this step to formalize my complaint, and I was really concerned I would never get a job on the Hill. And then sure enough when I would apply for jobs, I couldn't get a job on the Hill."

Reade said that she never received any response or follow-up regarding the complaint before she decided to leave Washington, DC, for good about two months later. "But I really wish there would have been follow-up or some sort of concrete reply," she said.

A staffer at the Senate Historical Office told Insider that in the 1990s, a complaint like the one Reade described would most likely have been filed with the Senate's Fair Employment Practices Office, which was established to handle labor issues. In 1995, with the passage of the Congressional Accountability Act, the Fair Employment Practices Office became the Office of Compliance, and it is now called the Office of Congressional Workplace Rights.
Click to expand...

If Reade's complaint exists, and was filed to the Office of Fair Employment Practices, the record will remain closed until 2043, more than two decades from now. And if the formal complaint was shared with Biden's office, it — and any other notes or records regarding Reade and her time working for Biden — will remain sealed until two years after Biden retires from public life, whatever that means.

"Joe Biden is running on the platform of character," Reade said. "I did come forward in good faith to my supervisors, following protocol about the sexual harassment, [and] was given no assistance. I would like them to show the honesty and courage to at least release my personnel file. Have your public persona match your personal persona, and give me my personal records."
Click to expand... 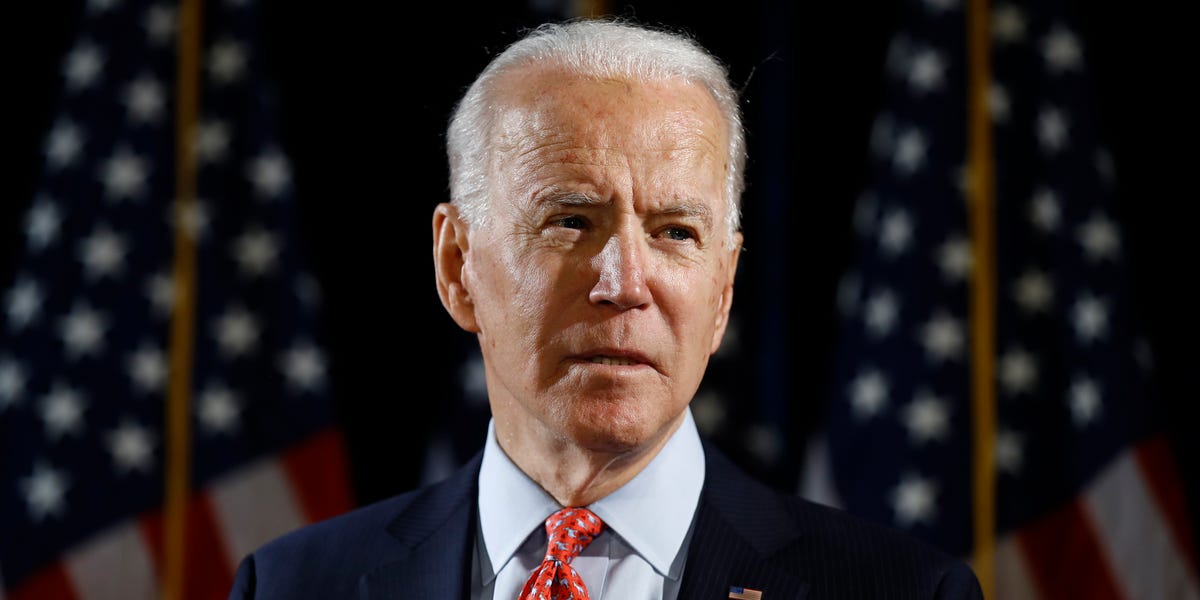 Joe Biden is refusing to open his senatorial archives to the public. Such records could contain information about a woman's sexual-assault allegations.

Biden surrogate claims Tara Reade's Story has "completely imploded", calls for the FBI to investigate journalists
May 3, 2020 by Paladin

Two women have come forward, on the record, to corroborate Tara Reade's claims about her treatment by Joe Biden
Apr 27, 2020 by Ana

Politico: Secretary of the Senate turns down Biden's request for a Tara Reade document search
May 4, 2020 by Tek