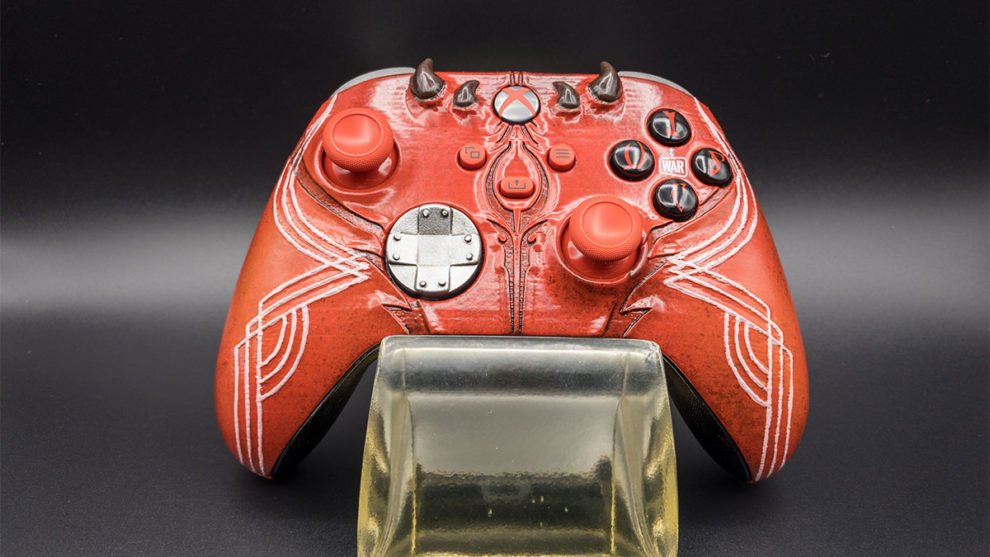 The Elder Scrolls Online Blackwood is now available on PS4, PS5, Xbox One, Xbox Series X and Xbox Series S, and Bethesda and parent company Xbox celebrate by partnering with We Are Robots, offering a chance to win a new customised controller.

Mehrunes Dagon has been brought to life in Xbox controller form, ready to bring his brand of destruction to any who dare oppose the wielder. It features his four horns, scarred and charred skin, crimson thumbsticks and Daedric lettering on the ABXY buttons.
Click to expand...

You can check out the controller in question, above.

Alex Kemp from We Are Robots said:

The Elder Scrolls Online is a legendary game and it was an honour to be able to create a controller for the exciting new Blackwood chapter. Working closely with the Bethesda ANZ team we designed the controller to capture the look and feel of Mehrunes Dagon, as if the controller had just arrived through the Gates of Oblivion.
Click to expand...

There will be ten limited-edition controllers available only through giveaways in ANZ. While additional controllers will be available through other outlets alongside Bethesda ANZ and Xbox ANZ social media.

Looks pretty cool and it's certainly a unique controller that you can brag about.
You must log in or register to reply here.