Bernie Sanders said Tuesday that it would be “irresponsible” for his loyalists not to support Joe Biden, warning that progressives who “sit on their hands” in the months ahead would simply enable President Donald Trump’s reelection.

And lest there be any question, the 78-year-old Vermont senator confirmed that “it’s probably a very fair assumption” that he would not run for president again. He added, with a laugh: “One can’t predict the future.”

Sanders, who suspended his presidential bid last week, spoke at length about his decision to endorse Biden, his political future and the urgent need to unify the Democratic Party during an interview with The Associated Press. He railed against the Republican president but also offered pointed criticism at his own supporters who have so far resisted his vow to do whatever it takes to help Biden win the presidency.
Click to expand...

He seemed to distance himself from his campaign’s former national press secretary, Briahna Joy Gray, when asked about her recent statement on social media refusing to endorse Biden.
“She is my former press secretary — not on the payroll,” Sanders noted. A spokesman later clarified that all campaign staffers were no longer on the payroll as of Tuesday, though they will get a severance check in May.

Sanders said his supporters have a simple choice now that Biden has emerged as the presumptive nominee: “Do we be as active as we can in electing Joe Biden and doing everything we can to move Joe and his campaign in a more progressive direction? Or do we choose to sit it out and allow the most dangerous president in modern American history to get reelected?”
Click to expand...

Sanders said he would not actively campaign or spend money on advertising in the primary contests that are still on the calendar in the coming months. But he still encouraged Democrats in those states to vote for him, hoping to amass as many delegates as possible for leverage to shape the party platform and the direction of Biden’s campaign.

He also vowed to continue fighting for progressive priorities such as his signature “Medicare for All” as a senator, even though Biden has refused to embrace the government-backed single-payer health care system.

“If people want to vote for me, we’d appreciate it,” Sanders said of the roughly 20 primary contests that remain where his name will appear on the ballot. He later added, “I think you’re going to see significant movement on the part of the Biden campaign into a more progressive direction on a whole lot of issues.”
Click to expand... 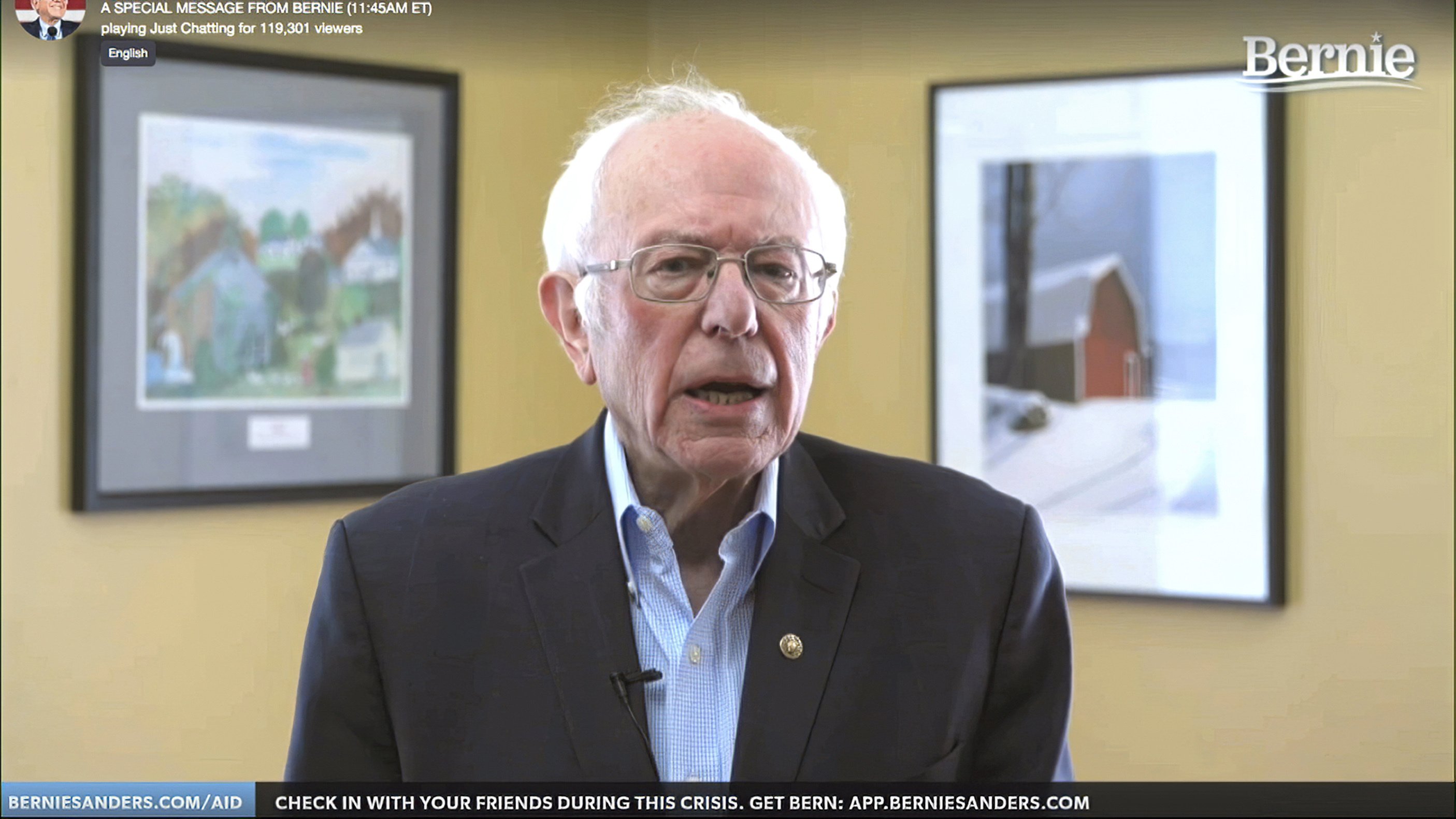 Bernie Sanders said Tuesday that it would be “irresponsible” for his loyalists not to support Joe Biden, warning that progressives who “sit on their hands” in the months ahead would simply enable President Donald Trump's reelection...