States need help. Senate Majority Leader Mitch McConnell does not want to provide it. On The Hugh Hewitt Show on April 23, McConnell proposed another idea. Instead of more federal aid, states should cut their spending by declaring bankruptcy.

A bankruptcy is not a default

A default is a sovereign act. A defaulting sovereign can decide for itself which—if any—debts to pay in full, which to repay in part, which debts to not pay at all.

Bankruptcy, by contrast, is a legal process in which a judge decides which debts will be paid, in what order, and in what amount.
Click to expand...

Since 2010, American fiscal federalism has been defined by three overwhelming facts.

Second, Congress is dominated by Republicans. Republicans controlled the House for eight of the last 10 years; the Senate for six. Because of the Republican hold on the Senate, the federal judiciary has likewise shifted in conservative and Republican directions.

A state bankruptcy process would thus enable a Republican Party based in the poorer states to use its federal ascendancy to impose its priorities upon the budgets of the richer states.

When Cuomo protested McConnell’s bankruptcy idea, the New York governor raised the risk of chaos in financial markets. But McConnell does not advocate state bankruptcy in order to subject state bondholders to hardship. Obviously not! When McConnell spoke to Hewitt about fiscally troubled states, he did not address their bond debt. He addressed their pension debt. State bankruptcy is a project to shift hardship onto pensioners while protecting bondholders—and, even more than bondholders, taxpayers.
Click to expand...

United States senators from smaller, poorer red states do not only represent their states. Often, they do not even primarily represent their states. They represent, more often, the richest people in bigger, richer blue States who find it more economical to invest in less expensive small-state races. The biggest contributor to Mitch McConnell’s 2020 campaign and leadership committee is a PAC headquartered in Englewood, New Jersey. The second is a conduit for funds from real-estate investors. The third is the tobacco company Altria. The fourth is the parcel delivery service UPS. The fifth is the Eli Lilly pharmaceutical corporation. The sixth is the home health-care company, LHC Group. The seventh is the Blackstone hedge fund. And so on and on.

A federal bankruptcy process for state finances could thus enable wealthy individuals and interest groups in rich states to leverage their clout in the anti-majoritarian federal system to reverse political defeats in the more majoritarian political systems of big, rich states like California, New York, and Illinois.

No question, many states face serious problems with their unfunded liabilities to state retirees. Illinois’s liability nears $140 billion, and its municipalities are liable for additional billions. California’s state and local unfunded liabilities amount to $1.5 trillion. 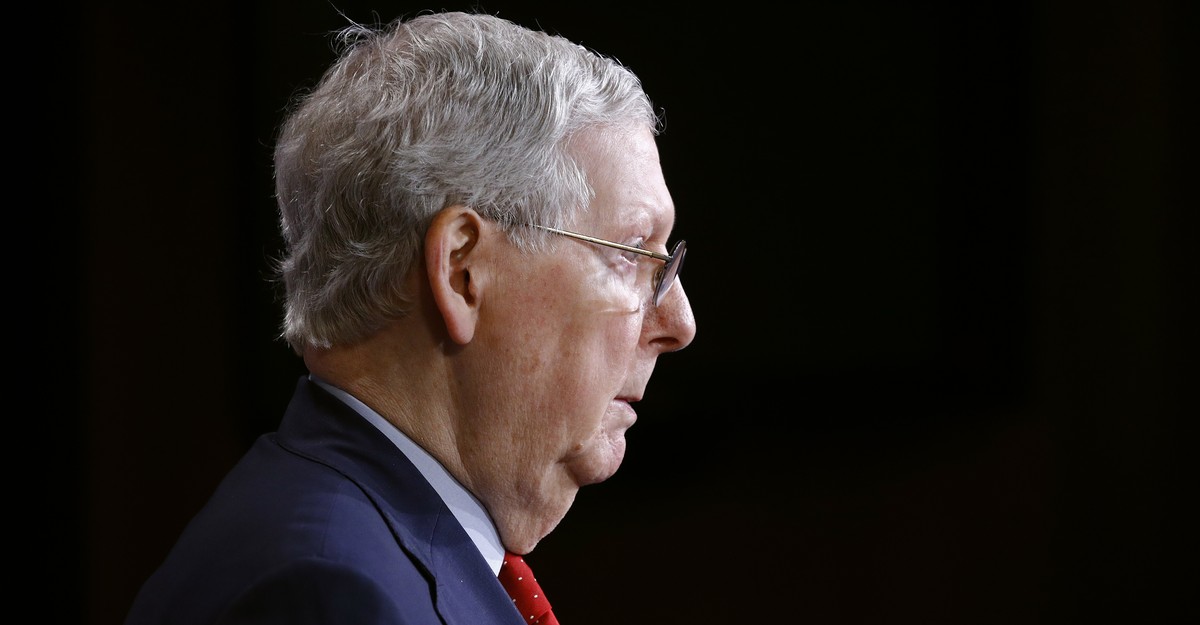 The Senate majority leader is prioritizing the Republican Party rather than the American people during this crisis.