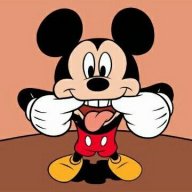 It was a close race for Christmas No.1 this year, with Ubisoft's Assassin's Creed Valhalla emerging as the No.1 physical game of the period.

It's the first time Assassin's Creed has claimed the Christmas No.1 position (and indeed, the first time for Ubisoft), and only the third time a non-FIFA or Call of Duty game has topped the boxed charts in 15 years (source: GfK Entertainment).

The game shot up in sales 66% due to some price discounting ahead of Christmas. The game beat out Call of Duty: Black Ops Cold War, which was in second place after managing to sell as many copies this past week as it did the week before. It is the first time the Black Ops sub-series has not managed to claim Christmas No.1.

The big No.1 of last week was Cyberpunk 2077, and the RPG dropped 80% in sales this week and falls to No.3. The game has received some extremely negative press in recent days due to its poor technical performance on PlayStation 4 and Xbox One. However, it's worth noting that an 80% drop in sales is not hugely unusual for a game such as this. Indeed, other games that secured big pre-orders, like The Last of Us: Part Two in the summer, and Assassin's Creed Valhalla in November, both dropped by 80% and 70% respectively in their second week.
Click to expand...

Under 9,000 sales separates the Top Five

Assassin's Creed: Valhalla had 15 studios working on it