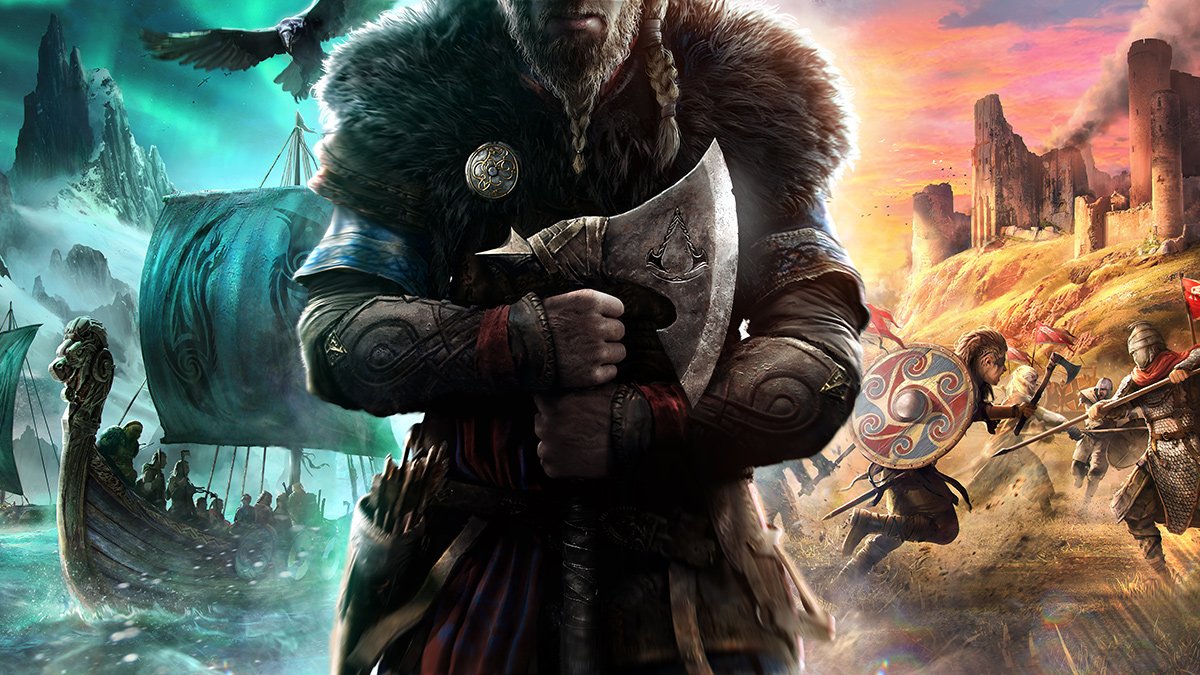 Assassin’s Creed Valhalla is the next game in the franchise, Ubisoft has announced via an eight-hour art creation by BossLogic, ahead of a full reveal and CGI trailer set to air at 14.00pm GMT on April 30.

Due to the unique nature of the announcement not much about Valhalla is known, but we can take a look at BossLogic’s art to presume Viking Longships and epic Conquest-style battles from Assassin’s Creed Odyssey will be featured in-game. There also seem to be portions of the game covered in snow, and others in rolling, green fields.

It’s a pretty big deal because I don’t get to do much gaming [artwork]. This is one of the biggest titles, so it means a lot.
Click to expand...

BossLogic continued to discuss the creation of his 8-hour Valhalla piece.

Ubisoft and I are working through email over a week, going back and forth, figuring out the concept approach [and deciding] what we can [and] can’t put in.
Click to expand...

The main thing we tried to portray in the poster is duality. A hero sometimes drifts off to say, the dark side, to achieve a certain goal. Being on two sides of the same coin in context of achieving that said goal. So, you’re a good guy but you do bad things.
Click to expand...

If you look at the past Assassin’s Creeds, duality fits the concept of the whole drama and it’s something we did before so we thought it goes hand in hand.
Click to expand...

You can check BossLogic’s art creation in the video below.


​
Assassin’s Creed Valhalla doesn’t have a release date as of yet, nor confirmation of platforms. We'll keep you informed as we learn more.

You must be a member in order to leave a comment

Create an account. It's fast, easy and completely free!