A whole bunch of very exciting potential new features and content have been revealed for Animal Crossing: New Horizons, thanks to a deep datamining analysis!

Please note that this rumored information comes from datamining conducted by Ninji on Twitter and is not official information from Nintendo. Animal Crossing World did not datamine the game ourselves and are simply reporting on the information uncovered by other people.

With that said, let’s dive right into the most notable upcoming new features for Animal Crossing: New Horizons rumored by this datamine! Be warned this could be quite the spoiler.

Crazy Redd’s Ship On The Private Beach
As many Animal Crossing: New Horizons players have likely already discovered, every island features a sort of ‘secret’ beach area towards the very back of your island. It’s a really nice piece of land, but sticks out as an odd spot with no clear purpose in the game yet. 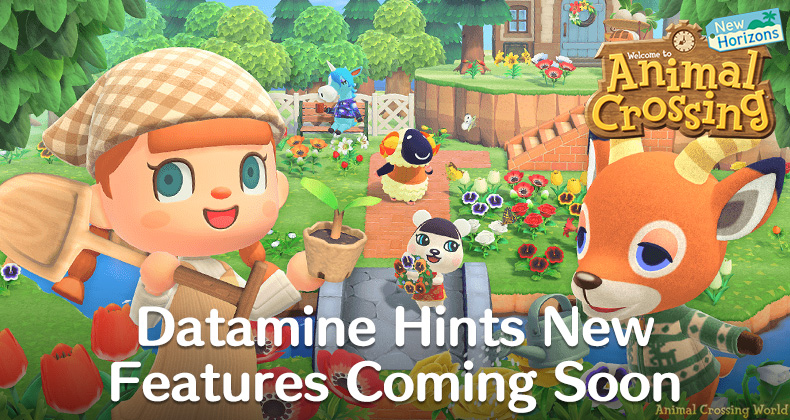 A whole bunch of very exciting potential new features and content have been revealed for Animal Crossing: New Horizons, thanks to a deep datamining

- Crazy Redd's black market is coming back, supposedly its now a ship that will dock on the secret beach north of your island
- There are two museum upgrades planned, all levels of the museum upgrades contains an art section (there currently arent any arts in the game)
- Two standalone buildings: museum shop and museum gyroid cafe. Those are probably the museum upgrades and not actually standalone buildings but that's how it is said on the code.
- Six types of bushes that aren't in the game yet: Azalea, Hibiscus, Holly, Hydrangea, Camellia and Osmathus
- Unused shop interface, similar to the Nook Miles redemption menu, called "cGardening"
- New type of plant: vegetables. Can be grown and picked up. There currently are Tomato, Potato, Carrot, Pumpkin, Wheat and Sugar
- Two versions of the play report are unused yet: ‘get_recipe_clothing’, and ‘get_recipe_cooking’. It indicates that we may be able to get clothing and cooking recipes in the future (and also that we'll be able to cook at all)
- Diving is seemingly coming back because an additional section of the Critterpedia with 33 additional items, including the exsting manila clam, is present in the files. There's already space reserved in the save files for this feature
- A second Nook Cranny's upgrade is present in the files
- More Nook Miles achievements, door customs etc.
Click to expand...