AFFECTUS - A Cyberpunk Indie Action-RPG by a solo game dev 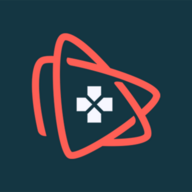 You will find below some information and a trailer about my game.

It would mean a lot to me if you could support a (very) small studio on the making by checking out my game on steam.
If you like it please consider adding the game to your wishlist, it helps a lot!

THE GAME:
Follow Jax in an adventure through a world where happiness, hope and love vanished. The only way to feel good: a shot of Affectus. Play an action RPG game in an immersive 2.5D cyberpunk world, with a focus on story and non-linear gameplay.

Here is a small prototype trailer, I hope you enjoy it (with sound)

​
Jax is waking up with no memory in a dark alley at the bottom of a multi-layered mega-city called Tribus. Follow Jax in his quest to discover how he lost his memory through a world where happiness, hope and love vanished.
Explore, infiltrate, fight, talk and hack your way through a rich cyberpunk world in this 2.5D action-RPG!

Decades ago, a global pandemic struck the earth with a terrible virus. The effects of this virus are still considered worse than death itself: it suppressed all positive emotions of every human being. The world, lived one year without feeling anything other than despair, sadness and depression. Governments tried to find a cure but without success until one company found some treatment. It was not a vaccine; it was the only way to feel good again; To feel happiness for three days; It was a drug called AFFECTUS.

This expensive drug made the fortune of Affectus Corp, which is now, 200 years later, the world's largest company. Affectus Corp is still the only one that possesses the recipe of happiness, and it sells it at a too high price so that only the wealthiest can get some.

Over the centuries, generations of wealthy families built entirely new cities directly over the top of the old ones. It was for them a way to hide misery and forget the sadness by marginalizing the poorest. Now, Tribus has three levels, almost inaccessible from one another.
To the world's eyes, this city is called Tribus. Eorum and Autem are never mentioned as if nobody wants to remember the past.

During his adventure, Jax will encounter many characters. Some will help, and some won't. You will be able to talk to them through interactive dialogues. But be careful, some of the choices you make will have consequences...

Affectus is an immersive, non-linear, 2.5D sidescroller action-RPG. It means that you will be able to explore Tribus in a beautiful cyberpunk environment as you wish and start the primary story objectives when you want.
If you feel like an explorer, learning more about the world and the city. You could help people that you met along the way and accept secondary objectives. It will help Jax earn more credits and buying more equipment or implants.

In Affectus, there is no skill-tree. You are free to be a gunfighter, an infiltrator, or even sometimes as a diplomat:

Game Informer's Most Underrated Games Of 2020