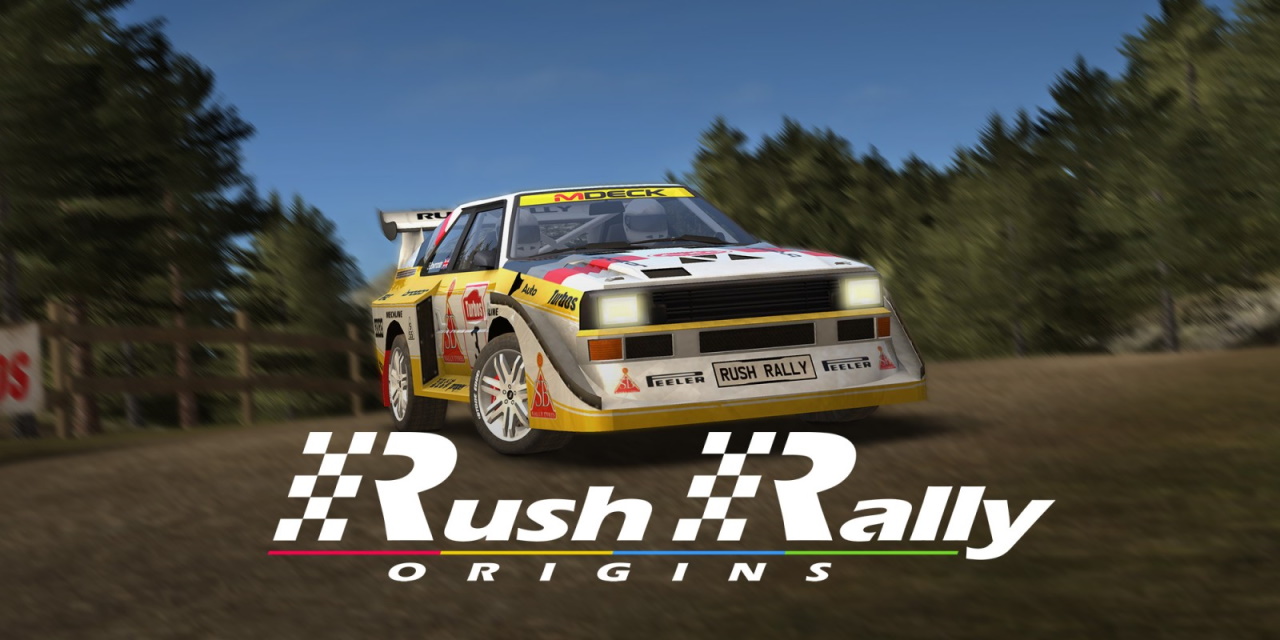 While the game is simple to pick up and play, allowing you to jump right into the action, there are a few things to keep in mind while getting started. Trial and error is a key part of the initial experience in this rally racing game, as it is in many others. The following pointers should assist you in putting the pedal to the metal more effectively.

Did you know that Rush Rally 3 and Rush Rally Origins come in a bundle for the Nintendo Switch?

1. Pick The Most Appropriate Gameplay Mode​

Depending on your preferences, Rush Rally Origins offers three distinct game modes to select from. When you initially begin the game, you have the option of participating in time trials, championships, or races. You have complete freedom to switch between each style, but they all play differently, so it's best to know which you favour ahead of time.

Time trials are single-race events in which competitors compete for a bronze, silver, or gold medal based on how quickly they complete each track. To make it easier to keep track, tracks are divided into stages (timed chunks). Championships consist of six races in which the goal is to get the best overall time. Races are a conventional event in which you compete against many opponents. Try each one to find which one works best for you.

2. Choosing The Best Car To Race With​

There are several rally vehicles to choose from in Rush Rally Origins. The game opens with a few options to pick from, based on your preferred style and characteristics. Each automobile has its own personality and can be customised with a variety of liveries and colour schemes. The majority of the starting vehicles have comparable data, with minor variances in acceleration and handling.

The game has a sophisticated unlock system that allows you to unlock different automobiles by driving a certain number of kilometres. To put it another way, the longer you play the game, the more cars you unlock. Unlocking some of the greatest automobiles (with the best numbers) will require a substantial amount of time and driving kilometres.

3. Drifting Is Crucial, As Is Timing​

How to effectively timing your drifts is one of the most important things to master early on in Rush Rally Origins. In this game, drifting is the greatest technique to traverse turns while keeping speed. However, unlike many other racing games, Rush Rally Origins lacks a dedicated handbrake button, which is generally required for efficient drifting. The control technique is considerably more straightforward here.

Essentially, you want to approach an approaching bend at the proper angle while softly applying the brake and gas pedals alternately. While creeping towards the corner, you'll need to pump the brakes more harder in some bends. Because drifting in this game requires skill, the best advice is to train in time trials before moving on to championships.

4. Pay Attention To Your Co-Driver​

Working with your co-driver is an important part of rally racing in general. Your co-driver acts as a personal GPS for you, navigating for you. Pace notes are commonly used to do this. Your co-driver will read you pace notes that will inform you of forthcoming curves, jumps, and other course modifications.

Rush Rally Origins performs an excellent job of vocalising the speed notes in unison with the track's direction arrows. Depending on how acute a corner is, it is assigned a distinct number. It takes some time to get used to hearing the pace notes out loud, but after a few races, you'll see how everything fits together. Always pay attention to the arrows and directions, and remember that they are not applicable to the conventional races.

5. Look Out For The Terrain And The Weather​

Rush Rally Origins, like most other rally racing games, has a wide range of racing terrain and weather conditions. The various terrains and weather conditions have a significant impact on how you compete and enjoy each track. Learning to drive your automobile around each track on a simple dirt or asphalt setting in dry weather might be difficult enough. When additional patterns are added to the mix, though, driving your rally vehicle becomes much more challenging.

Before each race, there are markers and text regarding the various course content and weather scenarios at the bottom of the standings screen. While Rush Rally Origins doesn't have the same level of customization as other rally games, you should still be aware of what you're getting yourself into.

If you choose to play the time trials and championships modes, you'll need to learn how to read stage times. Each track is divided into stages, which are timed segments of the total track. You'll want to be in the green in this game if you want to perform well in the standings. When you're in the green, it implies you're running the quickest time at that particular point on the course.

Fortunately, being in the red, which occurs when you achieve a slower stage time, is reversible. The easiest method to improve your timings in each segment and thus stay in the green is to become familiar with the layout of each track. Understanding the corners, jumps, topography, and pace notes can all help you improve your overall times and, as a result, become a better rally driver.

The opportunity to modify the attributes of your selected car is a fantastic gameplay feature in Rush Rally Origins. Because each car has its own set of data, it handles differently. The more races you compete in with the same automobile, the more upgrades you can make. While you may be tempted to test out all of the vehicles right immediately, doing so will result in you foregoing strong improvements that might help you improve your rankings.

Once you've found a car you like, put in the time to practise driving it over and over again to improve peak speed, acceleration, braking, and handling. Each stat may be improved by using a specific automobile component. Rush Rally Origins clearly explains what each upgrade will do, and you may switch them around at any moment, giving you a lot of versatility.